I have come across and also heard of all kinds of dispensing machines. But this one sends my senses for a toss. A Bike dispenser is just what I had never even dreamt of! Springtime’s Bike Dispenser allows you to rent an RFID-equipped bike from one vending machine, ride it to your destination, drop it off at another vending machine, and walk away. The superb idea I must say. The Dutch company has also won an award at the 2007 Spark Design & Architecture Awards for their idea, which is perfectly suited for an urban environment. The coolest factor is that it would cost you the same as hitching a bus-ride. The Bikedispenser actually capitalizes on the idea of the bicycle as the missing, final link in the commuter’s mobility chain. It is supposed to be the most compact storage system for bicycles in the world, with specially designed bicycles positioned a mere 16cm apart from each other. And if some crooks are getting wicked ideas then stop there as an electronic ID tag (RFID) located within the bicycle enhances its security and enables various billing systems. 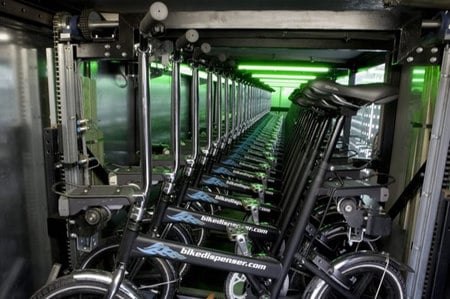 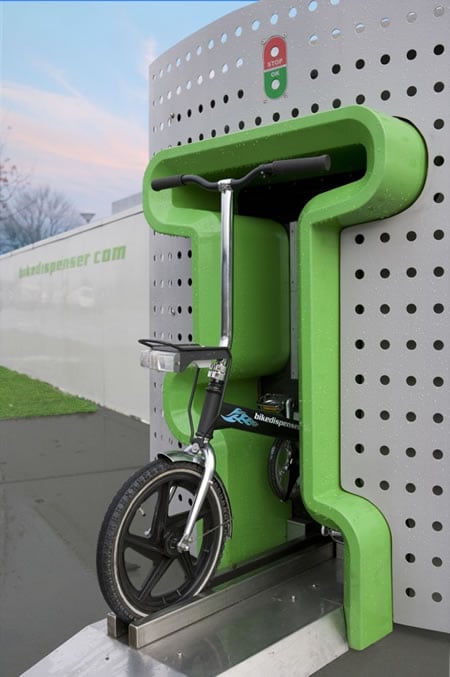