Tesla Motors opened its first dealership in Santa Monica, California recently, and sure enough that attracted a bunch of reporters. The location of the site in the Tony Westwood neighborhood reflects the high-end shopping experience it intends to create for the flashy $109,000 Tesla Roadster. The next store, slated to open in San Carlos, California in a couple of months, will be set up to appeal to the Silicon Valley tech elite.

The company is supposedly quite impressed with the demand for cars. It has taken 600 orders for the Roadster and has a waiting list of another 400. The fancy showroom near Beverly Hills takes its inspiration from Apple stores. The company plans to make a luxury sedan next year called the Whitestar that will come in two versions: an all-electric model that will run entirely on its lithium ion battery pack, and a range-extended vehicle that will also use liquid fuel to extend its range. 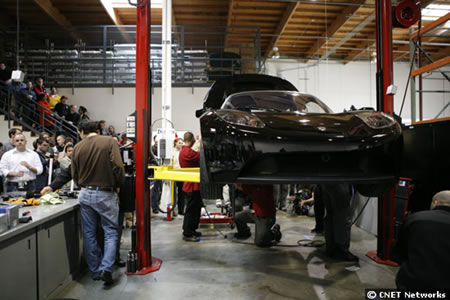 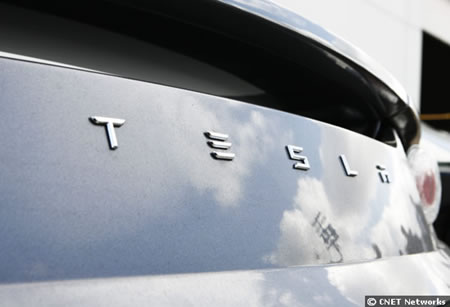 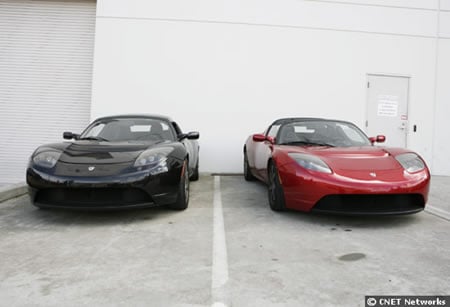 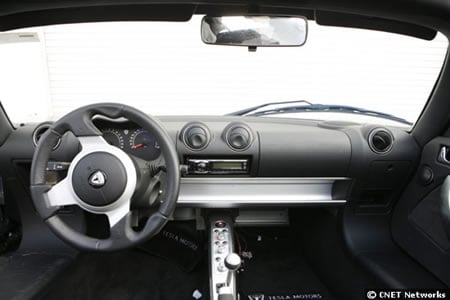