Ducati has unveiled the all-new Monster, which has received the biggest change since its inception in 1993. The Italian manufacturer’s best selling product has been completely reimagined from the ground-up and has even dropped the numerical suffix – something Ducati’s have always been known for. The most prominent update comes in the form of a new chassis. The naked street has always used a steel trellis frame for the last three decades, which gave the motorbike its handling character and acted as a significant part of its distinct and easily recognizable styling. However, for the very first time, Ducati has replaced it with a cast aluminum frame inspired by the Panigale V4 superbike. Ducati was able to shave 9.9 pounds of weight with the new frame. In addition to that, the Italian marque has swapped the metal rear sub-frame with a cutting-edge, super-lightweight replacement that’s made out of glass-reinforced polymer. This helped the motorcycle drop 4.2 pounds. Continuing with the weight-saving measures, Ducati has equipped the new Monster with a lighter swingarm and wheels, which further contributed to a weight reduction of 7.25 pounds. 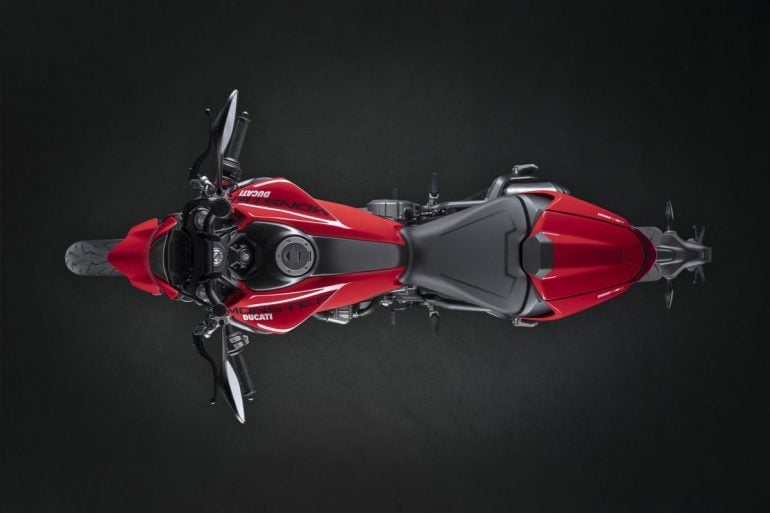 Replacing the outgoing Monster’s 821cc engine is Ducati’s 937cc Testastretta 11° L-twin unit, which is Euro 5 compliant and boosts output to 111 horsepower and 69 pound-feet of torque. Despite the bigger displacement, the engine is lighter by 5.5 pounds, taking the total weight reduction to a whopping 39.7 pounds as compared to its predecessor. The design changes to the Ducati Monster are also significant. The most noticeable of them is a new headlight design with a LED ring DRL. The front indicators have been integrated into the body, placed right below the fuel tank. Ducati has also made a significant effort to make the new Monster accessible for people of different sizes. The stock seat height stands at 32.3 inches, while an optional lower seat brings that down to 31.5 inches. For shorter people, Ducati will also offer an optional spring kit for the suspension, which further brings down the saddle height to just 30.5 inches. In terms of equipment, the new Monster gets a 4.3-inch TFT display with a similar layout to the Panigale V4. The Ducati Safety Pack adds rider electronics such as ABS, traction control, wheelie control, launch control, and a standard up/down quickshifter. The new Monster will be available in two trims: Standard and. The latter adds a small flyscreen and a cover for the passenger seat. Pricing starts at $11,895 for the standard model and $12,195 for the Plus version in the US. 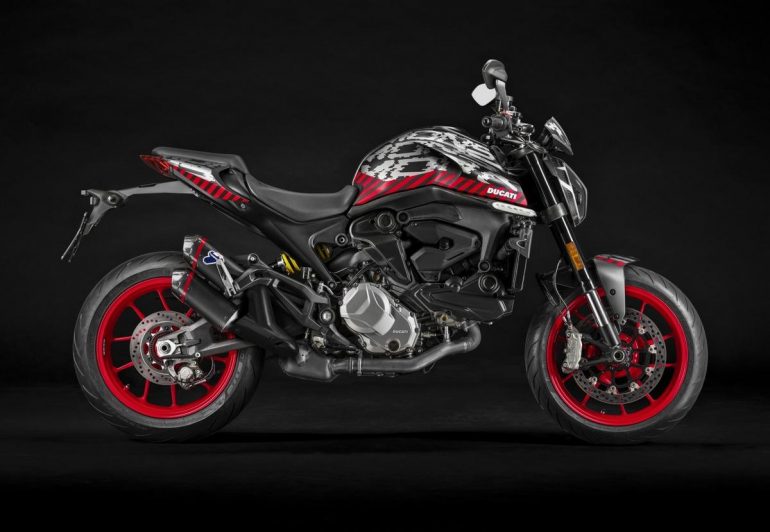 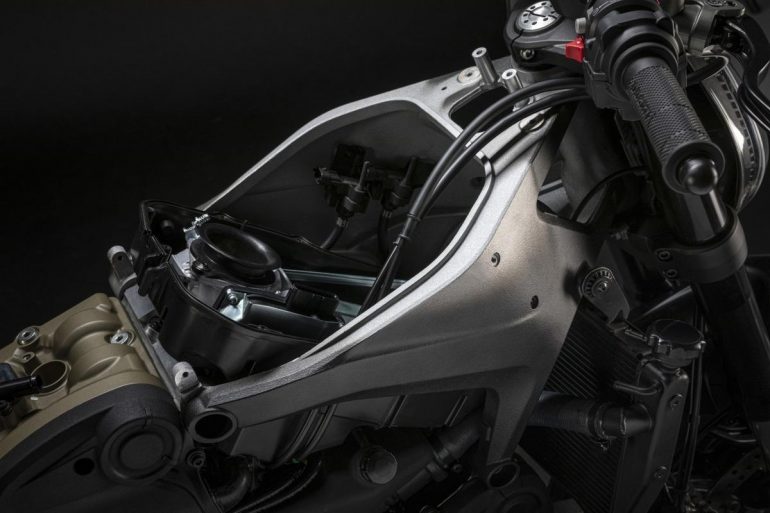 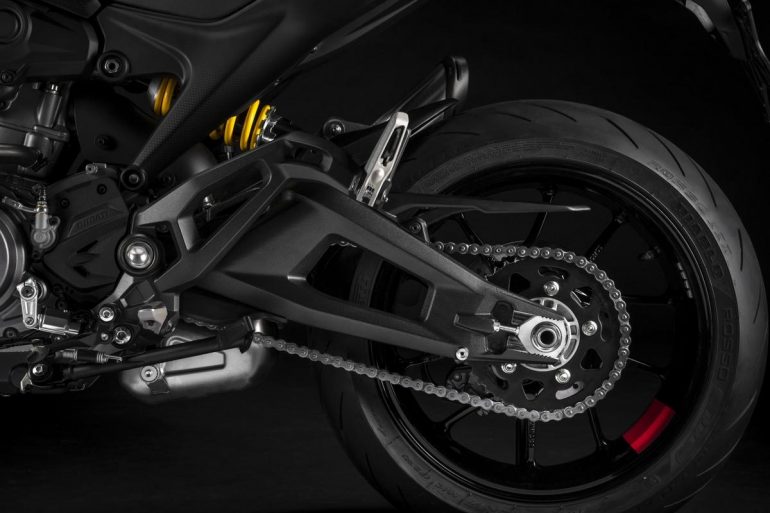 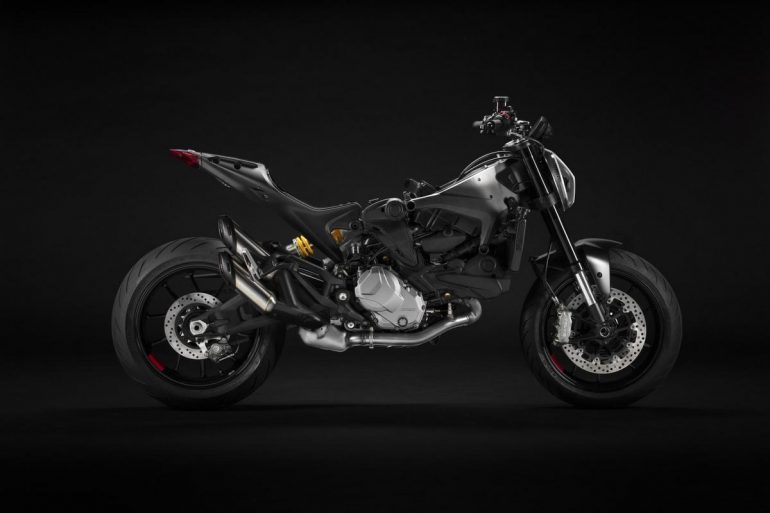 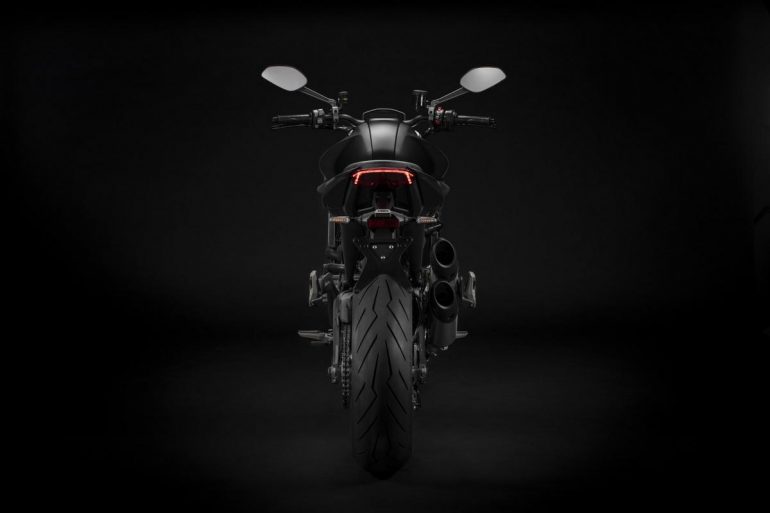 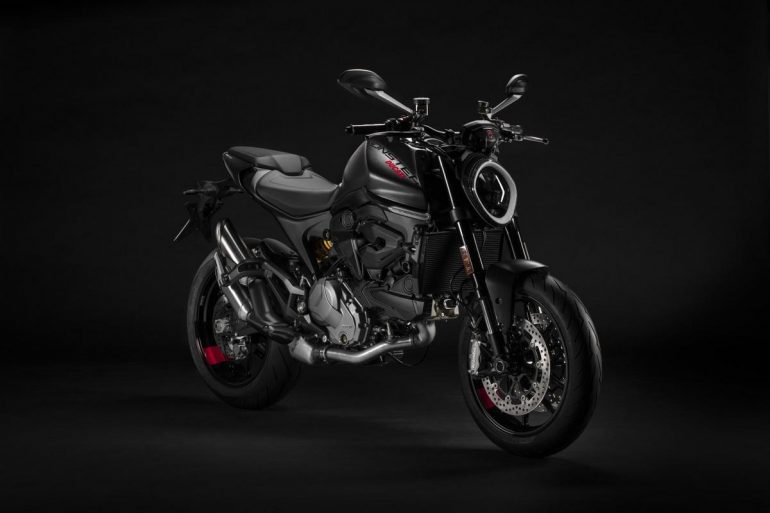 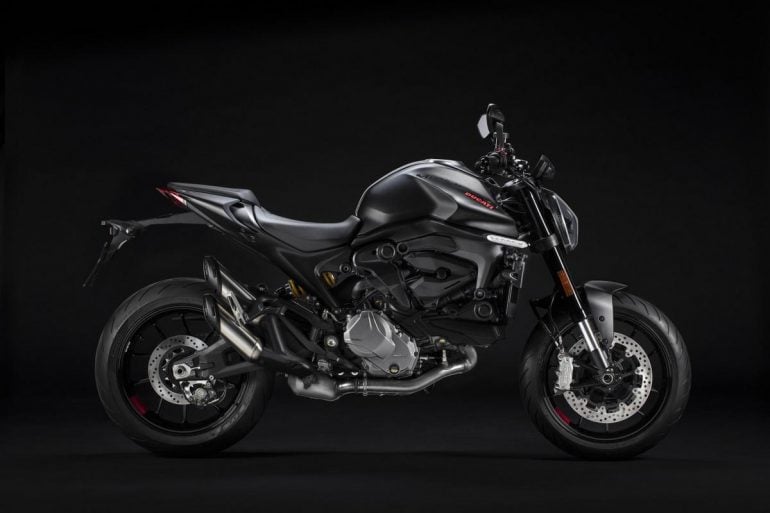 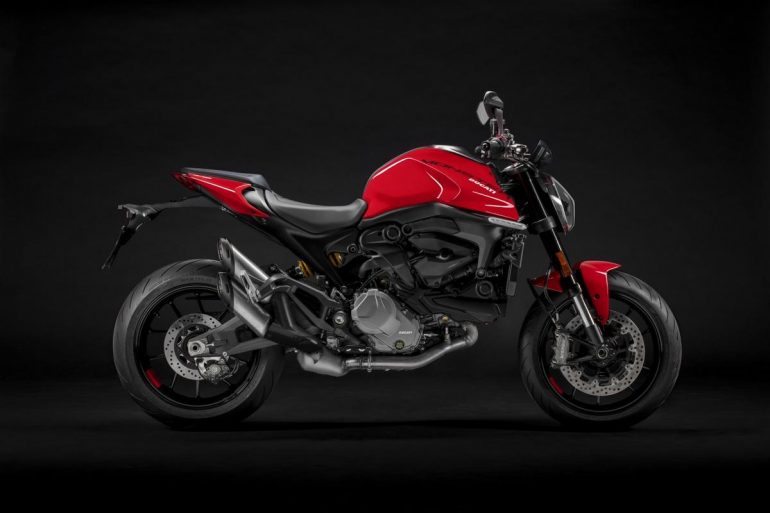 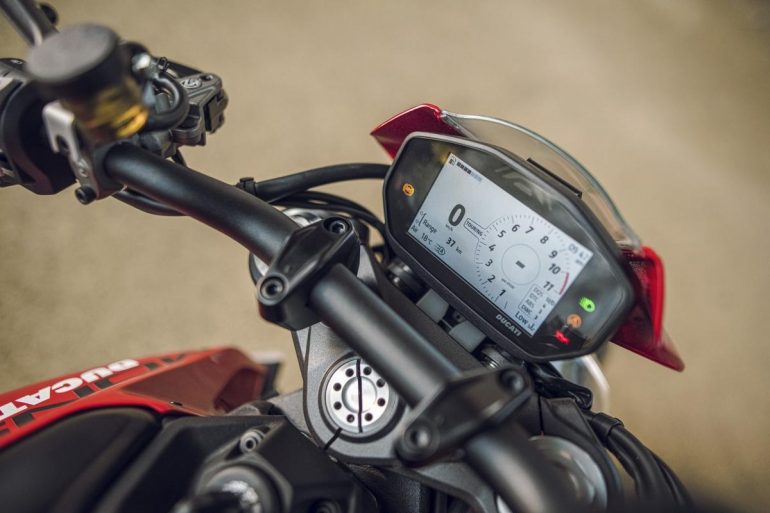