The Bugatti Chiron is a true engineering marvel that showcases what can be achieved when automotive engineering is pushed to the absolute limit. Just about every component on the luxury hypercar is mind-blowingly complicated, including its air conditioning unit. In case you think how different can the A/C system in the Chiron be from the ones found on normal cars, then you’re about to be surprised! Bugatti has released information on the amount of work that goes into engineering the perfect A/C unit for different Chiron models to work seamlessly in all conditions and even at speeds exceeding 400 km/h (248.5 mph). As explained by Julie Lemke, Bugatti’s overall technical coordinator for air conditioning systems, the challenge is to create a cooling system that reaches the desired temperature quickly and works in the background quietly, without the occupants of the car noticing it. Julia Lemke has been working in the automotive industry since 2013 and has been with Bugatti for the last four years. 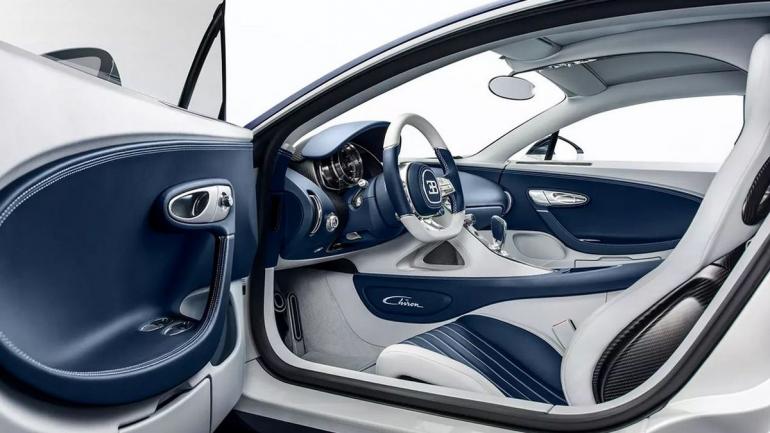 According to Partsgeek, Another massive challenge for the A/C unit in a Chiron is to keep working at incredible speeds. Chiron and other hypercar variants based on it can attain speeds in excess of 250mph. The system in Bugatti Chiron is different than the units found inside conventional cars. The press release by Bugatti explains: “In conventional vehicles, the air is forced into the interior at the lower end of the windscreen, but in a Bugatti, this only happens up to about 250 km/h. From this point onwards, there is a switch to negative pressure: a sophisticated control system with an additional ram-air flap and an optimized blower ensures that air continues to enter the interior.” The glass surface area of a Chiron is much larger than conventional cars thanks to its flat windscreen with an inclination of just 21.5 degrees. This adds more solar heat inside the cabin, which is made even worse by the popular Sky View option on the Chiron. The A/C unit, naturally, has to be more powerful to keep the cabin cool. Lemke said the Bugatti air-conditioning compressors have a cooling capacity of up to 10 kilowatts (13 horsepower), which according to Bugatti is powerful enough an entire European apartment that measures 80 square meters (861 square feet). 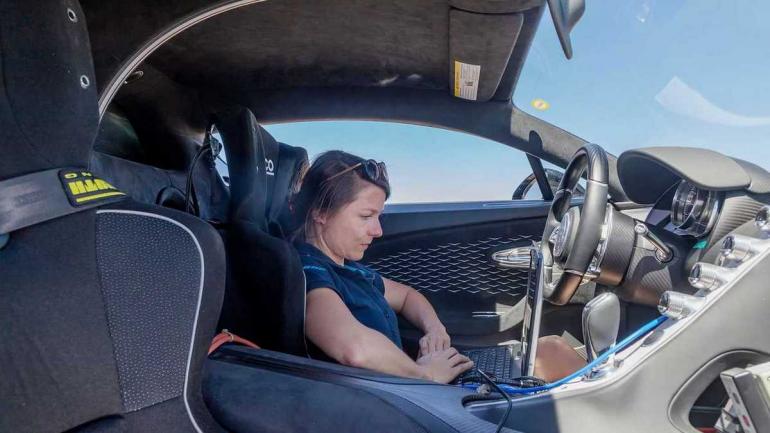 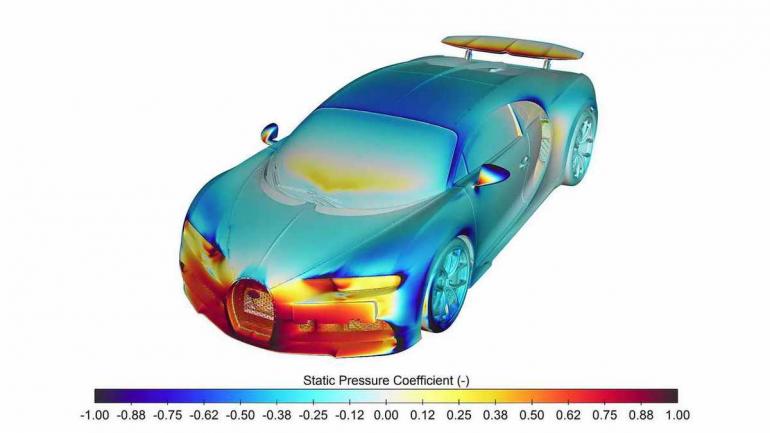 Tags from the story
Bugatti-Chiron