When America’s favorite muscle car was introduced to a curious crowd at the World’s Fair in New York in 1964, it was an instant hit. On the first day that the 1965 Mustang went on sale, over 22,000 Mustangs were sold against Ford’s 100,000 first-year sales projection. The Ford Mustang would go on to establish a new muscle car genre, effectively disrupting the American car industry in the process.

Here’s a brief look into the Mustang’s tire-burning history through the years. 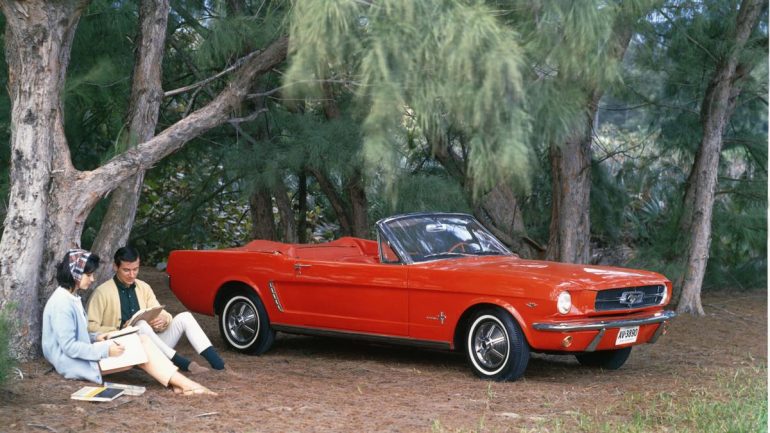 First Generation (1964-1973):
Even though the first Mustang was marketed as a 1965 model, Ford made several changes to the original model between April and August of 1964, with many options for cars built during this period. The first generation would see several key changes in body shape, drivetrain, and engine types, with buyers getting anything from an economical town car to a mean, tire-burning beast for the racetrack.

Between 1967 and 1973, the first generation of the Ford Mustang saw many significant changes. Between 1967 and 1968, the Ford Mustang spotted a big-block engine, which resulted in a longer, wider, and heavier car. The V-8, 6.4-liter engine could spew up to 335 hp, with the car’s interior and exterior trim getting a remake. During this time, Ford introduced the 7.0-litre, Cobra Jet V-8 for drag racing, a track monster that could spew up to 335 hp on the track.

The 1969 Mustang got bigger still, with a new 5.8-liter V-8 engine and additions to length and width. The Boss and Mach models also premiered during this period, with the Boss rocking a huge 7.0-liter engine with 375 hp. However, sales began waning, and for the first time in almost five years, only 200,000 Mustangs were sold in 1970.

Emission rules drove customers away from muscle cars, and in the process, the Mustang’s collection of large engines had mostly disappeared, leaving the 251-cid as the largest engine by the end of 1973. 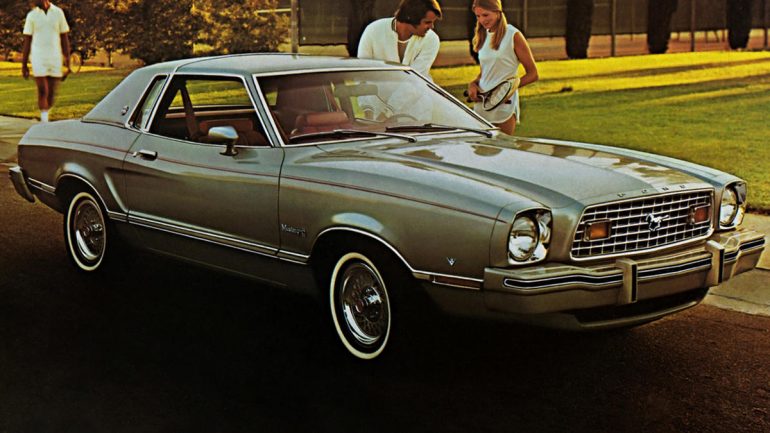 Second Generation: Mustang II (1974-1978)
By the end of 1973, most automakers had ditched their muscle cars on the back of tightening emission riles. To address consumers’ growing need for an economical car, Ford introduced the Mustang II, a subcompact that came with either a four-cylinder, 2.3-liter engine, or a 2.8-liter V-6. It was considered successful, with Ford selling about 386,000 Mustang IIs in 1974.

The end of 1974 coincided with the end of the oil embargo that had seen the price of gas skyrocket into new highs. Consequently, Americans began to warm up to the idea of big cars, and Ford responded by offering consumers a taste of some of the old Mustang goodness. 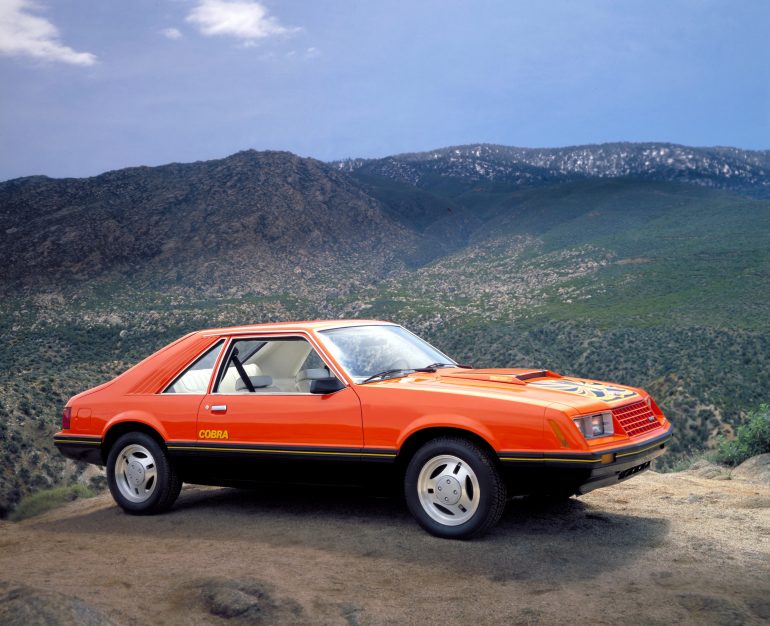 As automakers learned to work emissions into performance tuning, Ford slowly began building performance engines, with the 2.3-litre turbo making a comeback for 1983. There was also a 5.0 High Output engine with 210 hp for the 1985 model. 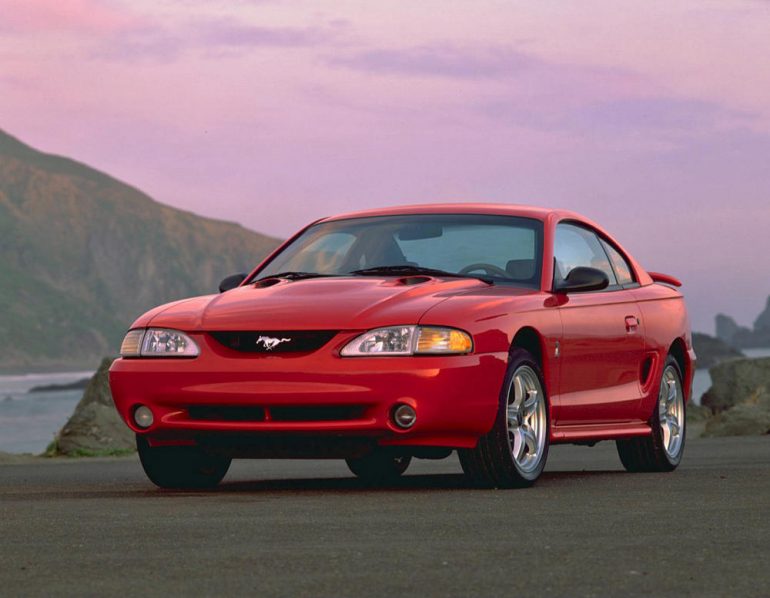 Fourth Generation (1994-1998):
The fourth generation of the Mustang was still based on the Fox platform, but an updated version from previous years. Ford made significant efforts to improve performance and styling, with models from this generation spotting a beefed-up chassis and a 3.8-liter V-6 coming as standard. In 1996, the 4.9-liter V-8, which had made a comeback a few years earlier, was replaced by a 4.6-liter OHC V-8.

In 1999, the Mustang got a facelift, with the 1999 SVT Cobra becoming the first Mustang to spot an independent rear suspension. The 2003 Cobra was gifted with the fastest engine at the time, a supercharged, 4.6-liter V-8 with 390hp. 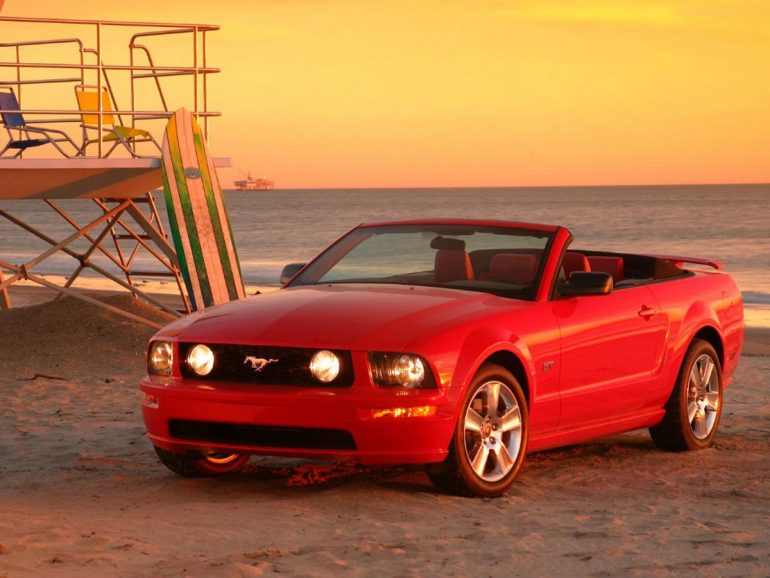 Fifth Generation (2005-2014):
In 2005, Ford went retro with the introduction of the squared-off shape similar to the Mustang’s first generation. Ford moved away from the Fox platform, with the new Mustang rocking a 4.0-liter V-6 for base models. With positive feedback from consumers, Ford stuck with this new design for the Mustang, with new engines coming in for the 2011 model, including a massive 5.0-liter V-8 that put out 412 hp. 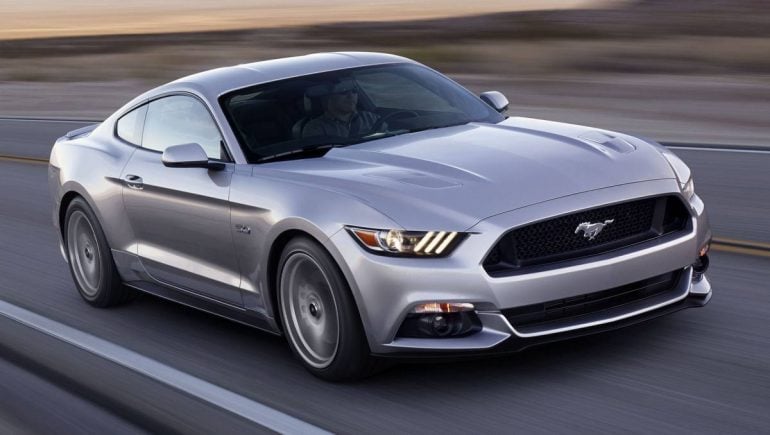 The V-6 that had been in the line-up for years was finally dropped in 2018, and Ford announced plans for a new electric crossover known as the 2020 Mustang Mach-E.