A yacht is one of the few vehicles in the world that represents opulence, style and wealth. A lifestyle that includes luxurious cruises sounds like the ultimate goal in life for some. When you’re visiting places like Emerald Landing, you’re bound to wonder which sleek vessel you should take out to sea, but few will compare to the luxury lifestyle one can enjoy aboard Lady Moura.

A Market Leader for Over Three Decades
You may think of this yacht as outdated when you consider that it first took to the waters back in 1990. The good news is that this luxury yacht was well maintained and upgraded as time went by. This is primarily because it was used as a private residence.

As recently as 2017, the boat was refitted. Changes included generator and engine rebuilds, refurbishment of various spaces, including the crew areas and a repaint of the hull. With features like a remote monitoring system that helps with yacht maintenance, it’s easy to keep this yacht as one of the leaders of the pack when it comes to these vessels. 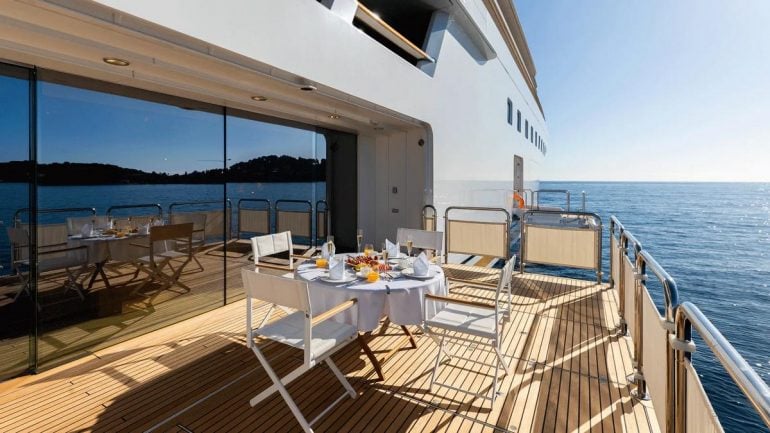 The Features You’ll Adore
This vessel was designed to be a mansion on the water, and it lives up to that reputation. There’s a beach club with a spa, a gym, a disco and a movie room. There’s also a helipad because that’s just what its original owner, Nasser Al-Rashid, wanted. 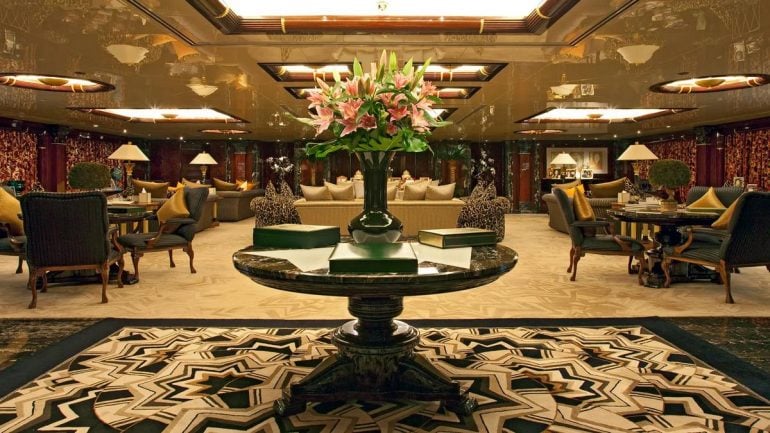 Unlike many cramped cruise liners, this yacht was meant and used for family living, so in each of the rooms in the family living area, you’ll find spacious cupboards and rooms with ample room to move around in. Take note, these staterooms have features like marble finishing. For interior and exterior designs, it was the talent of Luigi Sturchio, a designer from Italy, that brought about the stunning aesthetics. 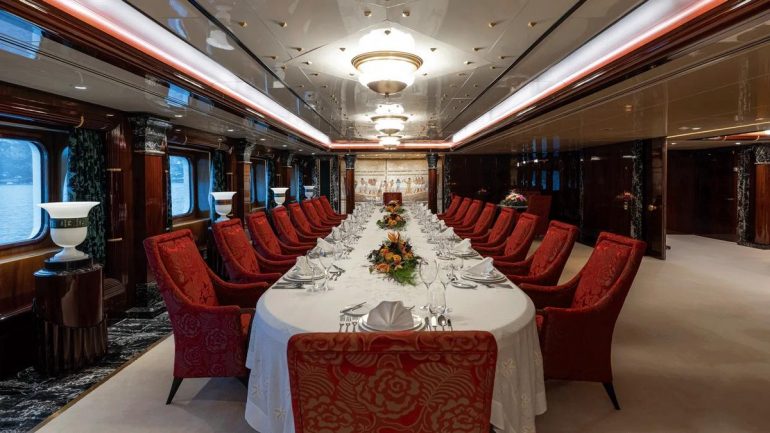 The 344-foot boat was for the owner’s family, but it’s also meant for entertainment, so there are spaces like a dining room that can seat many people. In its entirety, the yacht can take on 26 guests in the 13 cabins, and there is space for over 60 crew members to look after everyone’s needs. You’ll spend time exploring the seven decks most likely, but luckily there’s an elevator to help you get around, all while you’re traveling at a speed of 20 knots or more. The speed is thanks to the two 5050kW engines and pitch propellers pushing it through the water. 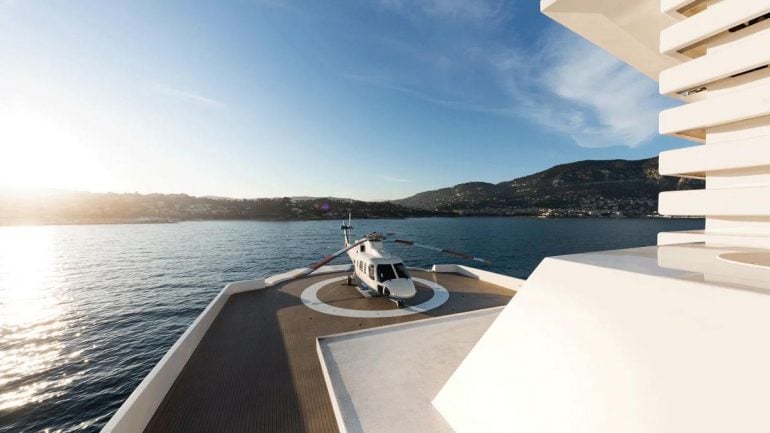 Another impressive fact is that you don’t even have to refuel or take on additional provisions often. The yacht can store enough food for three months at sea and you can travel over 10,000 nautical miles before you need to head back to port. 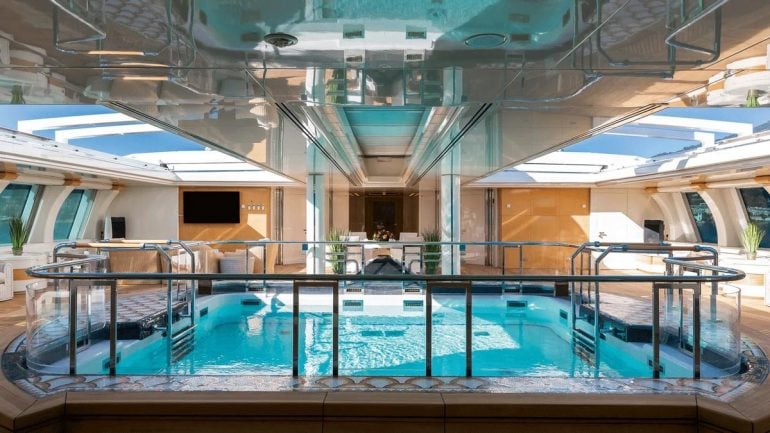 If you’re shopping around for a private yacht to travel on, you now know which vessel set the standard.