After teasing it over the past several weeks, McLaren has finally pulled the wraps off its latest offering which is being touted as the most practical supercar built by the British automaker. Meet the McLaren GT, the carmaker’s first proper touring car that promises everyday practicality in a superlight package that offers hypercar-quick performance figures. The first thing one will notice is the clean design of the McLaren GT, which is very different from the aggressive styling of the other supercars from the automaker’s range. Although it shares its DNA with the McLaren 720S, the new model will sit in its own model family within the McLaren range. Underneath the new bodywork, the grand tourer uses a heavily revised version of the 720S’s carbon fiber tub chassis, which has been tweaked for touring purpose and accommodate a larger load area above the engine. For substantially bigger cargo space, the engineers repositioned the engine to sit lower and even repackaged the exhaust to free us space. As a result, McLaren GT has a storage space of 420 liters, which is unprecedented in the segment. Add to it the stowage space under the front hood, it increases to 570 liters in total, which is 10 liters of more storage than Volvo V90 estate car. 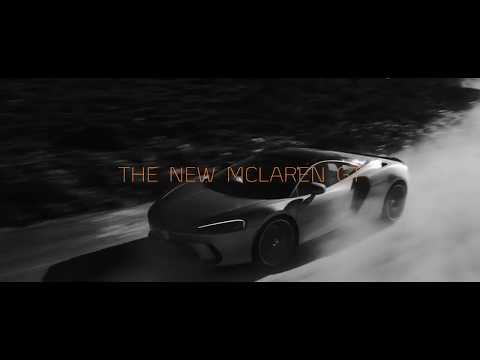 The McLaren GT is powered by a re-tuned version of the 4.0-liter twin-turbo V8 from the 720S, which produces 620 horsepower and 465 pound-feet of torque. The power is sent to the rear wheels through the familiar seven-speed dual-clutch transmission. McLaren claims zero to 60 mph comes in just 3.1 seconds and the top speed is rated at 203mph. however, the extremely capable engine remains isolated from the cabin by engine mounts that are 50 percent softer than in the 720S. On the inside, the cabin has been designed for long, comfortable, continent-crossing drives with electrically adjustable and heated seats. The cabin also gets “the most sophisticated McLaren infotainment system,” ambient lighting, and an optional electrochromic glass roof instead of the standard glassy black carbon fiber panel. The McLaren GT is already available for order from McLaren dealers around the world with customer deliveries scheduled to begin towards the end of this year. Prices start at $210,000.