Many Porsche loyalists choked on their meals when they set eyes on the last Porsche Panamera. A model that wasn’t the pretties Porsche by far (which can be contested with ‘design is subjective’ and other such jargon). The design was a bit too revolutionary in a lop-sided manner, making it the butt of all jokes. However, the brand wouldn’t settle for a failed story on this one and have introduced the 2017 Porsche Panamera. It’s sleeker and definitely a lot more capable on the performance front.


Just to set up a whole new body manufacturing facility, the company spent $550 million. The car will come to the US of A with two renditions in tow. A modest 440-horsepower version will sport a 2.9-liter, twin-turbocharged V6 engine called the 4S and a more powerful 550-horsepower 4-liter, twin-turbocharged V8 engine called the Turbo. The car will be driven by an 8-speed PDK dual-clutch transmission, packing an all-wheel-drive. While the 4S variant will go from 0-60 mph in 4 seconds, the more powerful Turbo will do the same in 3.4 seconds. 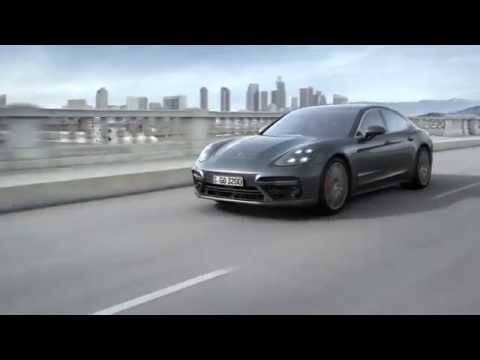 There’s a lot of 911 styling infused in the design of the all-new Panamera. On the inside, it is rather impressive with a 12.3-inch touchscreen display that controls Porsche’s famed infotainment system. The 2017 Porsche Panamera 4S will start at $99,999, while the Panamera Turbo will go for $146,000.

One may wonder how great recovery this could be for a once-discarded-to-be-too-ugly-to-own model. It comes back with the promise of reaching speeds of up to 190 mph without being too ugly to look at. Not bad, we say.