One should do some things for their cars, like timely maintenance and a little customization too, to make the car unique and stand out from the conventional. Well, some car owners seem to take car customization to the next level in a somewhat silly attempt to be one-of-a-kind. We recently spotted this Ferrari roaring by, with disputable customization that has received lots of mixed reactions from supercar lovers worldwide. This Ferrari 599, dubbed Furrari, spotted in London, is wrapped in black velvet and is the type of car you wouldn’t want to drive in the rain in.

The car’s unidentified owner has been reported to have spent a whopping $7,600 on turning his/her car from a supercar to a monstrous fur-ball. The car has been turning lots of heads with its unusual exterior and has been receiving the wrath of the Ferrari-loving Twitter community online, too, with many individuals around the world baffled at the silliness of wrapping a Ferrari in velvet. One thing’s for sure, though, this car is indeed a pleasant vehicle to touch! 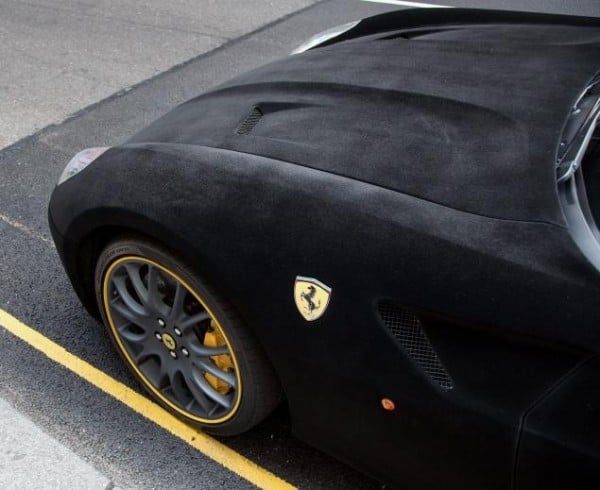 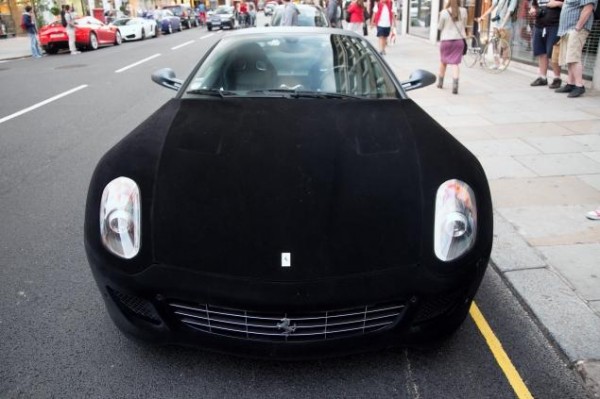 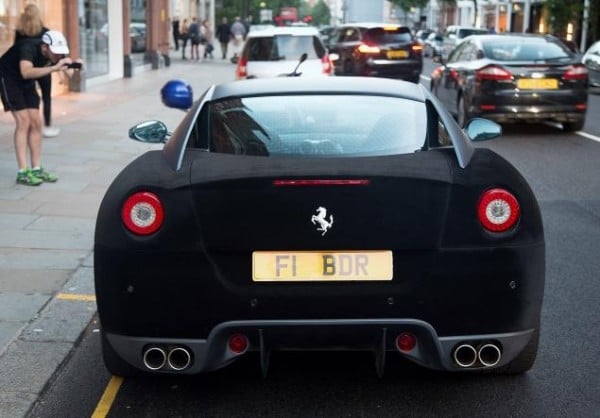 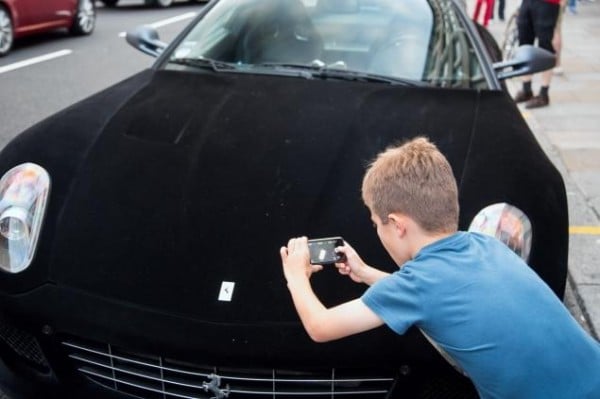 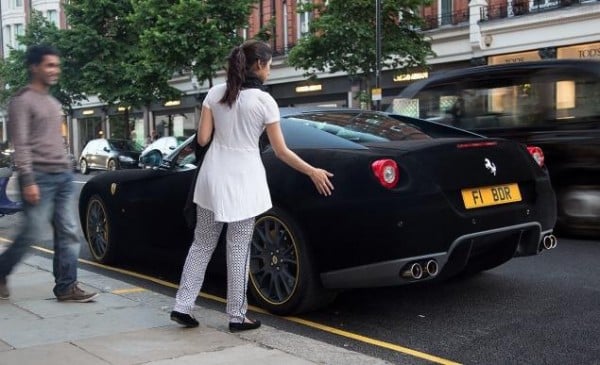