London’s exhibition halls are all set to welcome its longest boat. The London Boat Show 2011 early next year will see the 32meter long vessel Princess. The stunning cruising yacht features a huge saloon ending at a drop-down balcony to the starboard leading to the main deck. The boat will feature four to five guest rooms with a master cabin with separate bathrooms with a spacious shower and a whirlpool bath.

And if you’re a party animal, you can opt for the five-cabin layout that has two double guest suites in place of the palatial midships VIP. The yacht has earned a staggering £45 million ($72million) investment program from the Company’s South Yard. The company plans to launch a 40M yacht in 2012. 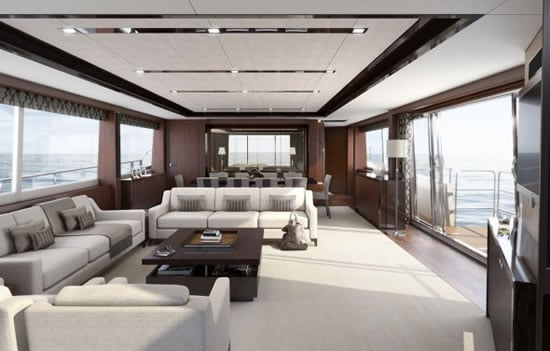