The idea of a personal submarine isn’t new to us; remember the Seabird and the $2 million submarine that we had posted about earlier? Well, I would say that even those would be a tad boring in comparison to the Dolphin and Shark submarines that got us pumping. That’s right, we’re talking animal instinct underwater, and this time, we introduce to you the Killer Whale Submarine to give you one wild ride on that ocean! The streamlined, two-person watercraft designed after the Orcinus orca is made to breach and submerge in the ocean like its former counterpart.

Sitting below the watertight ½” thick acrylic canopy, the pilot can push and pull twin control levers to imitate the whale’s pectoral fins for rolls and stealthy dives. The craft boasts a 255-hp supercharged Rotax axial flow engine that allows you to perform tasks like porpoising or skyhopping. The watercraft can be even capable of hydroplaning up to 50 mph over the water’s surface and cruise up to 25 mph while being submerged. It is facilitated with the dorsal fin’s integrated snorkel that ensures air supply to the engine up to a depth of 5’. 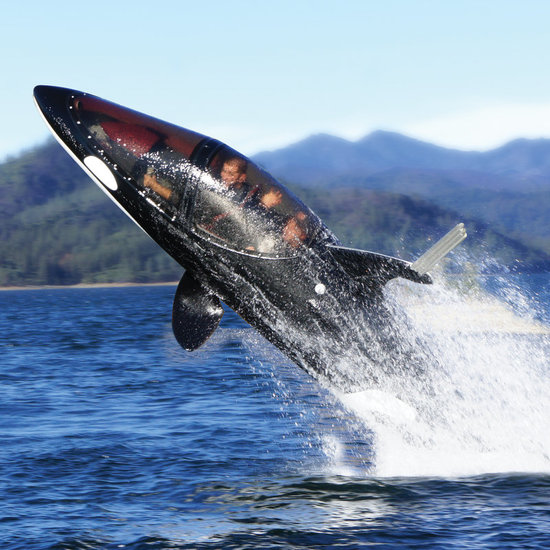 The Killer Whale Submarine’s cockpit has a complete dashboard with a speedometer, tachometer, engine, air pressure gauges, and an LCD that displays live video from the dorsal fin’s built-in camera. The pilot and passenger’s safety is ensured by the Vinyl seats with closed-cell foam upholstery and four-point racing harnesses. Beware; the Killer Whale Submarine is one expensive toy to play with for a $100,000 price tag. 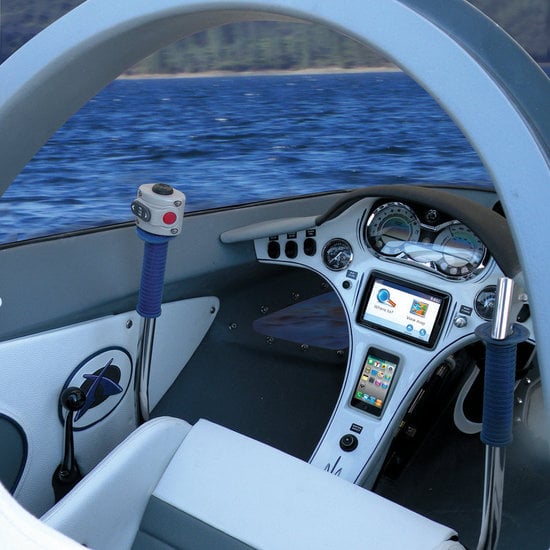 Tags from the story
Submarine, Watercraft