Now hear this! A San Francisco start-up called Airship Ventures has raised $8 million to launch its first Zeppelin this fall, to serve tourism and research ventures. The “flightseeing,” as they’re calling it, will cost a $250 to $500 for a spin around the Bay Area in a bonafide Zeppelin. What’s the difference, you ask? Blimps are basically helium-filled balloons with little cockpits attached. The new Zeppelin NT is about 20% larger than a blimp, but it’s still small by Zeppelin standards, with just room for 12 passengers and a crew.

It has got an internal framework but not a totally solid hull like the Zeppelins of old. It also has got a single gas chamber, rather than multiple cells. NTs have been in action since the 1990s, all over Europe and Japan. 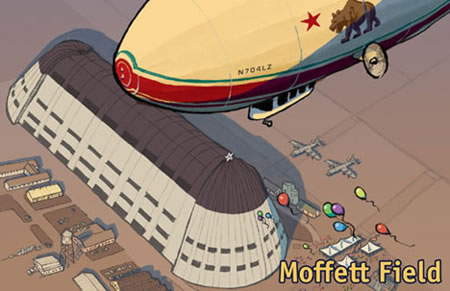