Hold your breath as you are about to loose it. Set your Eyes on this wonder under construction called ‘The Oasis of the Seas’. This can well be titled as the world’s largest cruise liner (without exaggeration, of course). The Oasis of the Seas will be a state-of-the-art travelling city complete with a shopping mall, numerous bars and restaurants, and an outdoor amphitheatre the size of a football field with its own micro-climate and rock-climbing walls. It should come as no surprise that everything related to ‘The oasis of the Seas’ is gigantic including its size which is nothing less than 1,081ft long and with the tower 213ft above the water line an weighs 220,000 tonne. Believe it or not, it will have a staggering 16 passenger decks.

This beauty is taking form in Aker Yards in Turku, Finland ( not Dubai for a change) and is due to set sail next year. another interesting dope on this is that, earlier what was called as by the name Project Genesis, was rechristened Oasis of the Seas last month, following a contest to name the ship. The cost for constructing this mammoth of a ship comes up to $1200 million. The cruise liner is scheduled to hit the seas in late 2009, when she will operate Caribbean cruises out of Port Everglades in Florida. Cant wait!! 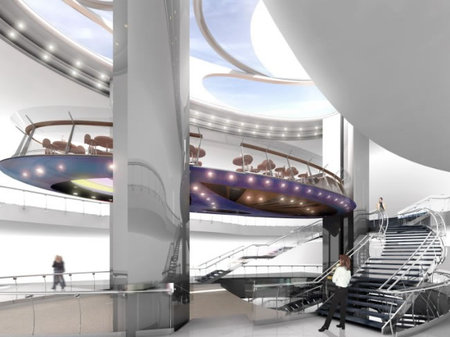 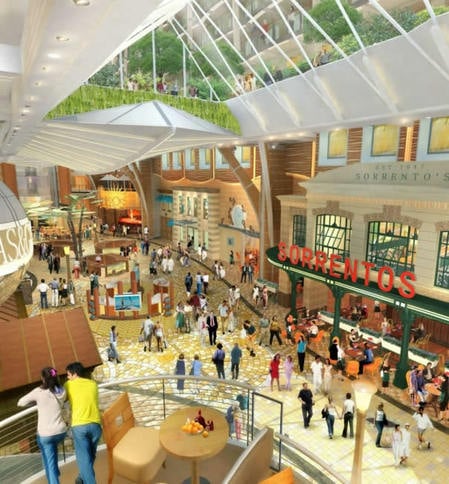 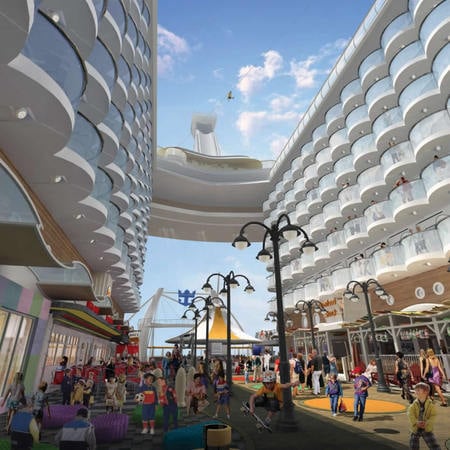 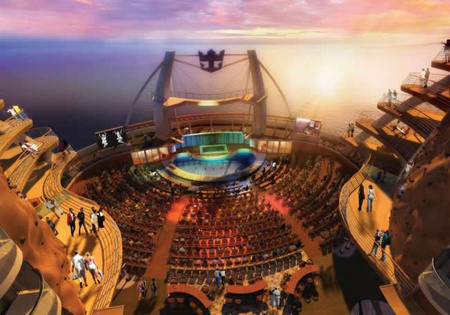