A superyacht that flaunts three names: Project Sigma, SF99, and A, had made a lot of news in 2007 when it offered a sneak preview of its interiors to the world. Then went on to be a rage in 2008 when she was towed out of her cradle and presented her design to the world. But the work on the yacht wasn’t finished until then. Hence, it went on to show fragments of its work each year and was delivered in 2009. We have some exceptional photos of A, where we can take a complete look at the interiors, which are completely jaw-dropping. The yacht interior designer is Philippe Starke, and he describes the interior design as ‘elegance of intelligence,’ which nobody could contend with after taking one look at the interiors. The yacht boasts of a Jacuzzi inside the main salon, revolving beds in the main stateroom, and some guest staterooms. It also features a lot of shiny metals and free-standing mirrors.

The yacht has two main water areas on her main deck: A glass-fronted swimming pool in front of the superstructure and a massive whirlpool aft of the superstructure. There is also another aft on the bridge deck at the spa and wellness area. A massive, self-sufficient yacht like this one can’t do without tenders. Hence, there are two 10 meter custom tenders by Vaudry Miller from New Zealand: An open tender and a Limo version. This yacht is a truly amazing piece of work and icon of sorts. 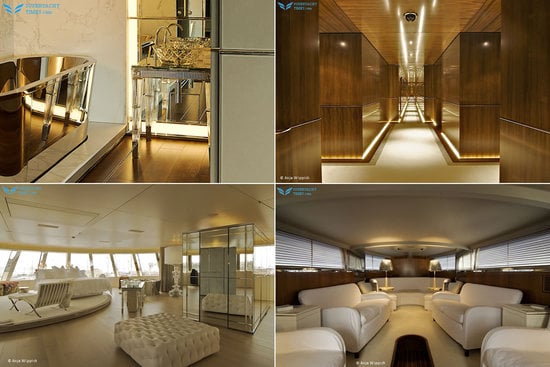 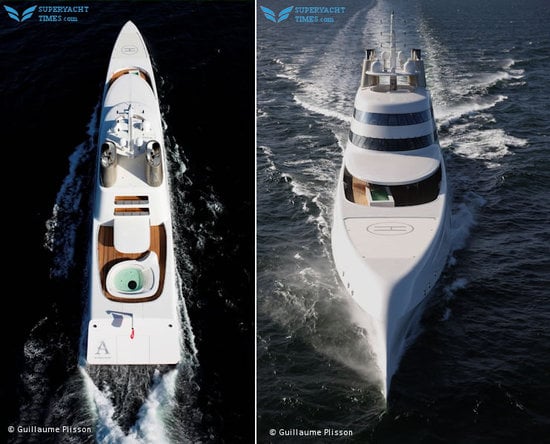