The name BMW has long been a byword for luxury and class. Based in Munich, it has been one of the most famous names on the motor scene since its three founders opened the first factory over 100 years ago.

BMW’s history is full of iconic models, ranging from the classic 507 — Elvis’s car of choice — to the modern-day i8, and 2021 is shaping up to be another great year for the German manufacturer. Here are 5 luxury models that will catch your eye this year. 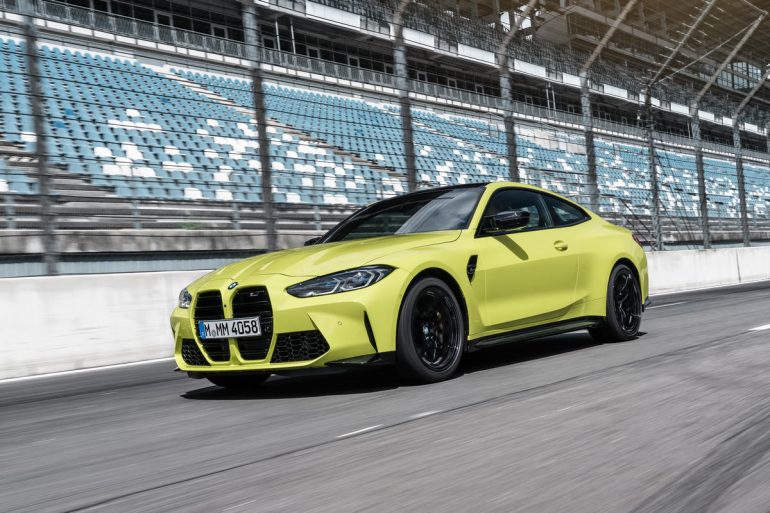 M4
Appearances can be misleading. The new M4 might look unorthodox — its controversial new big-grill design has raised a few eyebrows — but it’s also well-equipped for normal family life, with a roomy interior and plenty of luggage space.

It’s powered by an S58 3-liter engine with over 500 horsepower, meaning you’ll get up to 60mph in no time. It’s the first time an M4 offers the option of an all-wheel-drive – an alternative to the 4-wheel-drive – and exciting development for many BMW enthusiasts.

The model should already be in a shop near you for a hefty $70,000 — an amount that could fluctuate depending on your country and local currency. If the price is a little too hot, then there are the more economical 4-series models, such as the 430i, that still packs a punch but will cost you around 15 to 20 grand less. 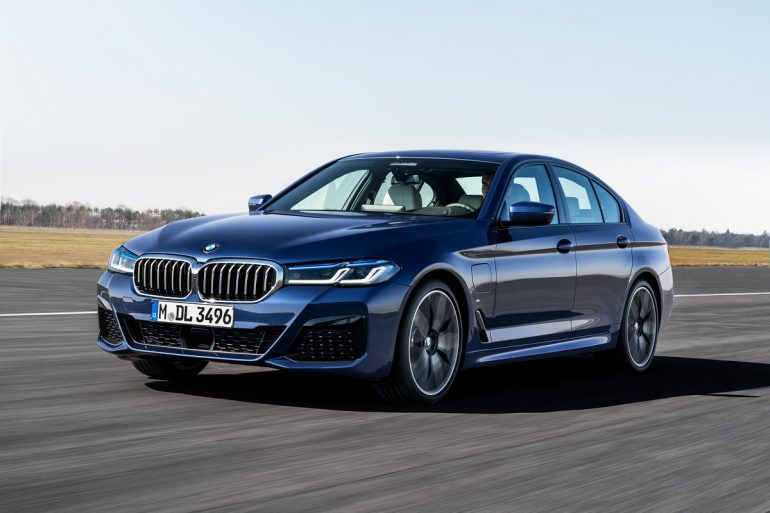 5-Series
The new 5-Series models don’t come cheap, but their powerful engines and roomy interior puts them above rivals in the same class.

The 2021 versions come with several upgrades on previous years. The 540i, for example, has a 48-volt mild-hybrid setup in its six-cylinder engine, which boosts its fuel economy up to 25/32 mpg, while its integrated Android Auto system is beamed through a 12.3 flat screen.

Drivers willing to splash out for some extras have a range of levels to choose from, up to the Executive package, which costs a cool $3,600. For this, you’ll get ceramic controls, a 16-speaker Harman Kardon stereo, and a crisp Wi-Fi hotspot in case your passengers want to watch YouTube or play mobile-friendly video or casino games while you drive.

While it will dent your bank balance, this 5-series is sure to give you a super smooth ride experience and is the very best that BMW has to offer in its midsize selection. 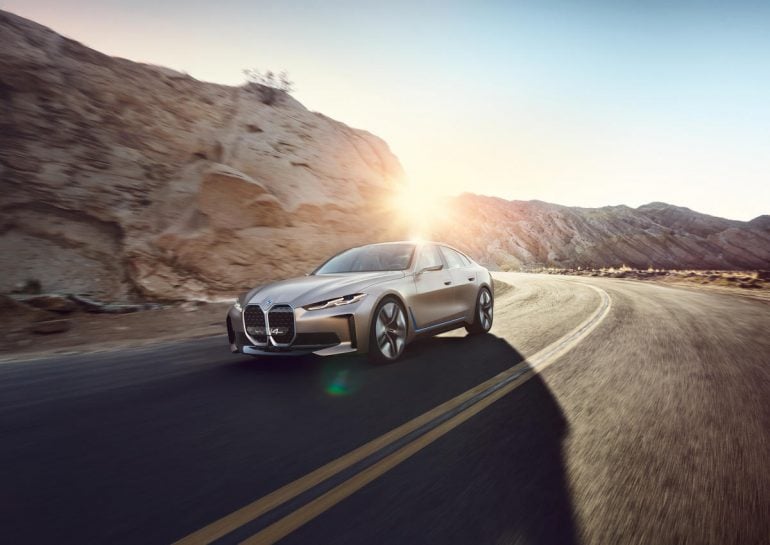 i4
While it shares many similarities to some 3- and 4- series models, the i4 attempts to stand on its own. Incorporating an electric all-wheel drive, it’ll zip along at lightning speed, allowing 350 miles per charge. It’s one of four brand new EVs in this year’s line-up.

That said, it does have some things in common with its BMW brothers. Its cabin will have a mix of interiors taken from other models, while its frontal fascia will resemble the i3 and i8 cars. It’s being named as the replacement for the 4-Series Gran Coupe, although with four doors instead of two. If it has half its predecessor’s success, then it’ll be a worthy addition to the 2021 selection. 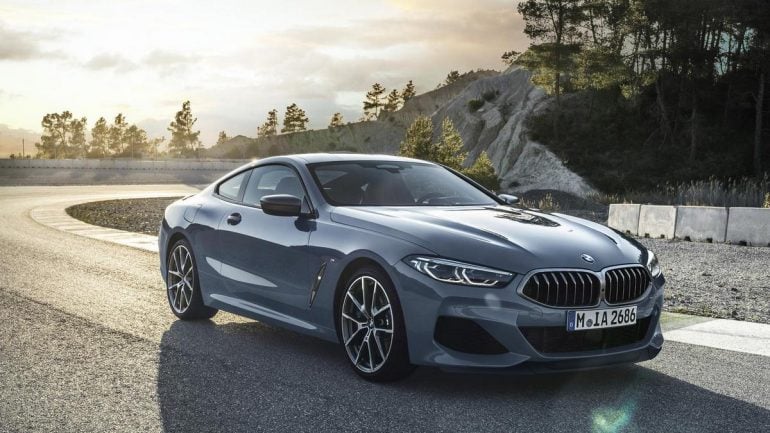 8-series
2021 has seen an important event in the BMW 8-series range: there’s no two-door coupe, a regular feature since the line-up’s inception in 1990. You can find a brand new four-door Gran Coupe sedan, though, as well as M8 Coupe which tops the range at $135,000.

But what can we expect from the 8-Series in general? Well, the models are as beautiful as ever, boasting a sleek body style and some gorgeous colors. They’re also a dream to drive due to an advanced chassis that allows for some great handling balance.

If it’s powerful engines you’re looking for, then the 8-Series has two options: the 3.0L twin-turbo V6 in the 840i models, which reaches 335 horsepower, while you’ll find the 4.4L twin-turbo V8 in bigger models, which can reach 600-hp.

Often the real head-turners in the BMW stock, the 2021 8-Series certainly lives up to its name this year. 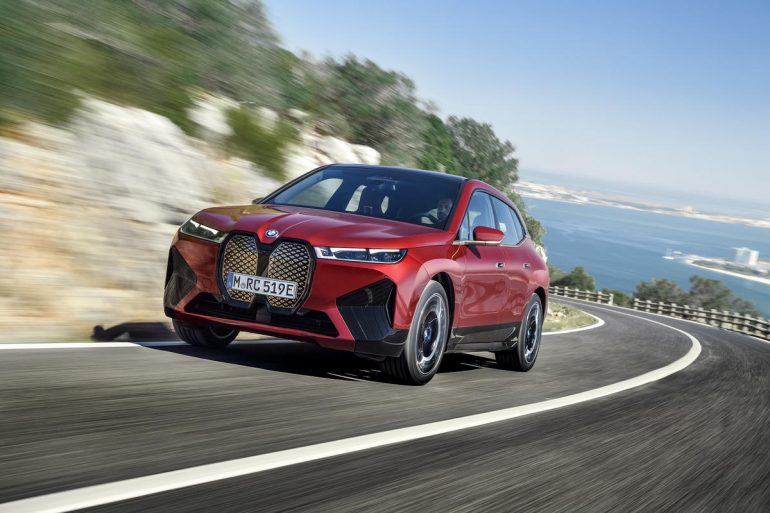 The iNEXT
While it’s likely to have changed its name by the time it’s released, the working title iNEXT suits BMW’s first-ever all-electric SUV. Its futuristic features mark it out as something special, including a self-driving capability which will notify drivers when it’s safe to let go of the steering wheel and let the car take control. It will sound an alarm when it needs the human to take back over, of course.

The iNEXT also benefits from an electronic all-wheel-drive system, with a huge 120kWh lithium-ion battery which allows for up to 360 miles per charge.

Truth be told, we still don’t know everything about the iNEXT, but motor shows in 2021 will give us more information – so keep a lookout!

From the latest in self-driving technology to ground-breaking EVS, BMW has many options for drivers this year. With a focus on luxury, many of them come with a heavy price tag, but the cost might be worth it for what the company itself calls its ‘ultimate driving machines.