Following the launch of the Mclaren P1 for kids, it is now time for the renowned German carmakers to delight us with a kid-friendly variant of the very luxurious – Mercedes AMG GT. Sealed with an official announcement at the recent Paris Motor show, the brand is all set to launch a new, single-seater sports car designed specifically for tiny car connoisseurs. 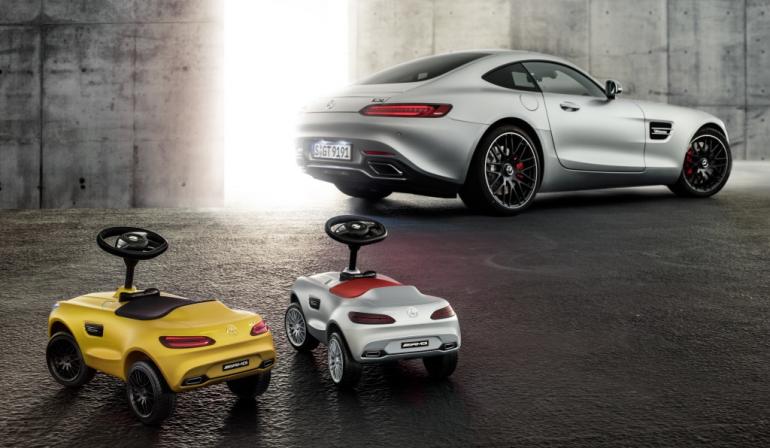 Aping the AMG GT to the tee, the bobby car will be made available in two versions – one in classic silver and the other in a Solarbeam yellow. While the silver variant takes after the standard AMG GT with similarly detailed lights, silver inserts on the steering wheel, a red seat cushion, and “whisper” tires on cross-spoke wheels; the yellow version is modeled to imitate the AMG GT S with a flat-bottomed steering wheel, black wheels and seat cushion, a detailed instrument cluster, and LED headlights with daytime running lights and low-beam functions. 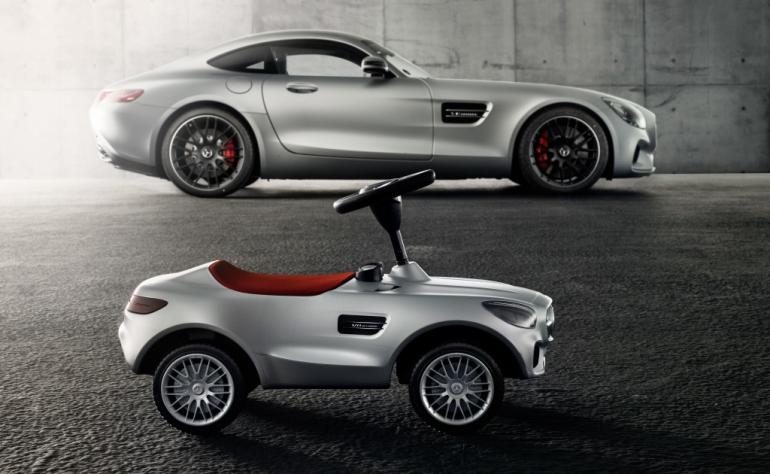 While the AMG GT mini is the most recent of its kind, the very first Bobby car was sold in 1972 with over 100 variants being produced thereafter. Over 17 million Bobby-cars have been sold to date including the three generations of the Mercedes SLK and the SLS AMG. What’s more, there also happens to be a Bobby-car series (since 1991) where kids can swift it silly in their miniature motors. While you may want to buck up if you wish to get your hands onto the special edition version (of 1000 cars that pays tribute to the German national football team while also raising money for children’s charities), the standard AMG GT for toddlers will continue to retail in toy stores and Mercedes outlets world over with no such constraints to time and number. 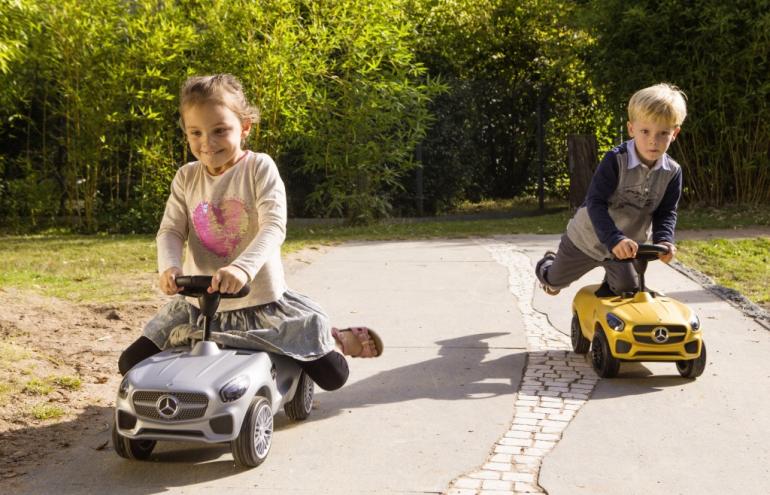