A stunning pen that Tibaldi created inspired by the Bentley Mulsanne was adjudged The Most Exciting Motorsport Pen in Pen World’s Seventeenth Annual Readers’ Choice Awards. First featured in the April 2010 issue of Pen World, the readers chose the pen for the coveted title as a “pen inspired by roaring engines.” The pen collection made its debut at the Paris Motor Show last year.

The pen is set in sterling silver and 18-carat rose gold, with three distinct cap finishes in Dark Stained Vavona, Burr Oak, and Burr Walnut wood found on the car as well. The pocket clip sounds like the Bentley switchgear and also spots a Bentley emblem similar to the starter button. The silver version is limited to 90 fountain pens and 90 rollerballs, while the gold version is limited to just 9 fountain pens and 9 rollerballs and is ear-marked for Bentley’s 90th anniversary in 2009. 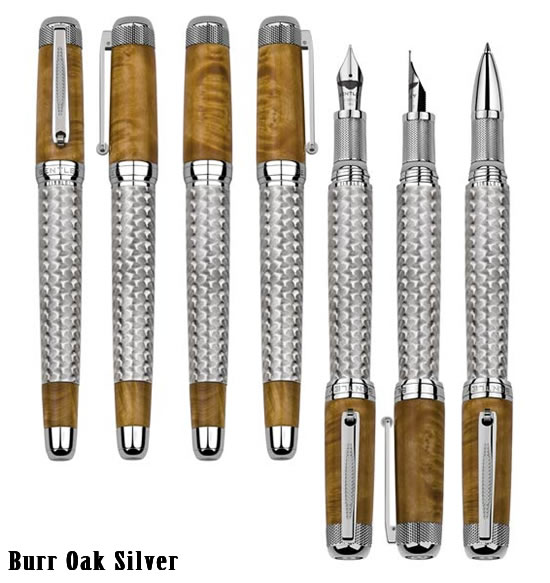 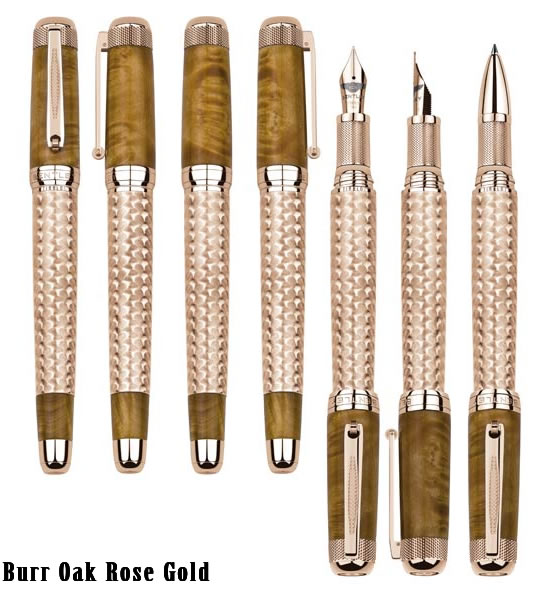 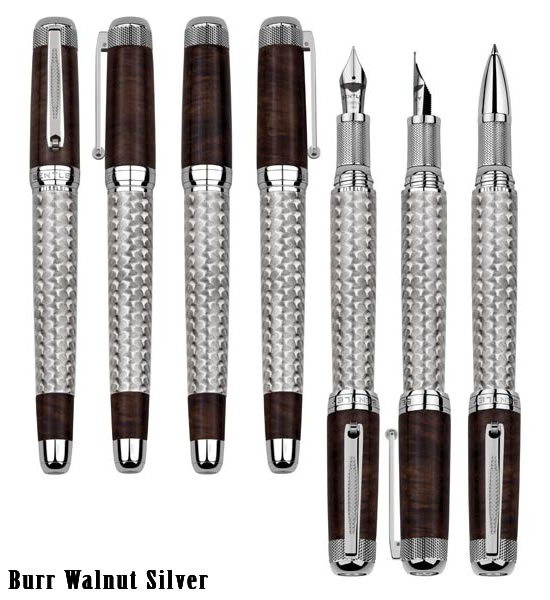 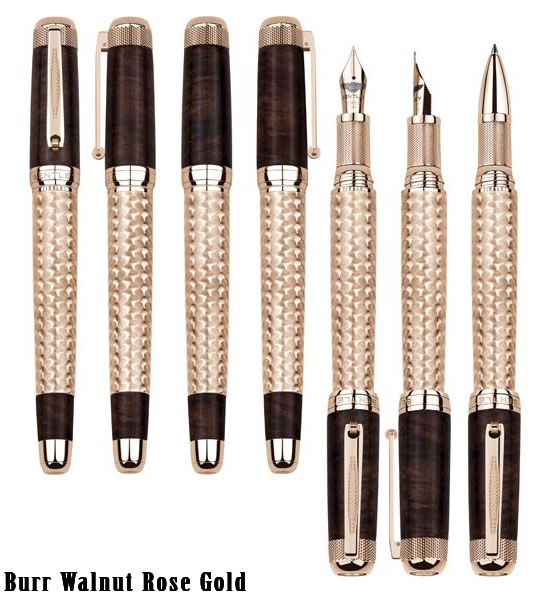 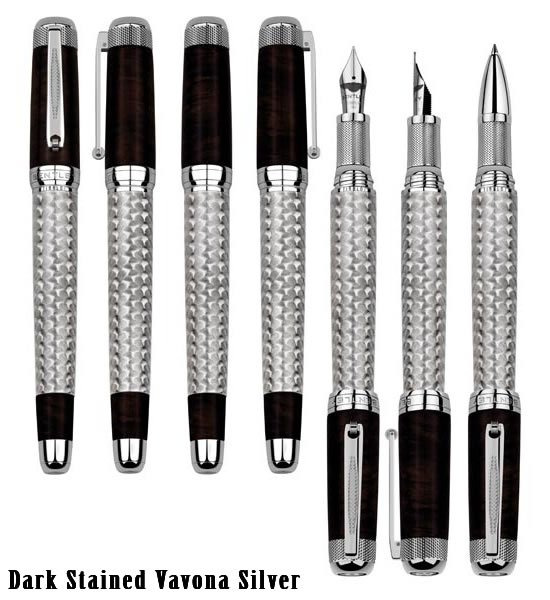 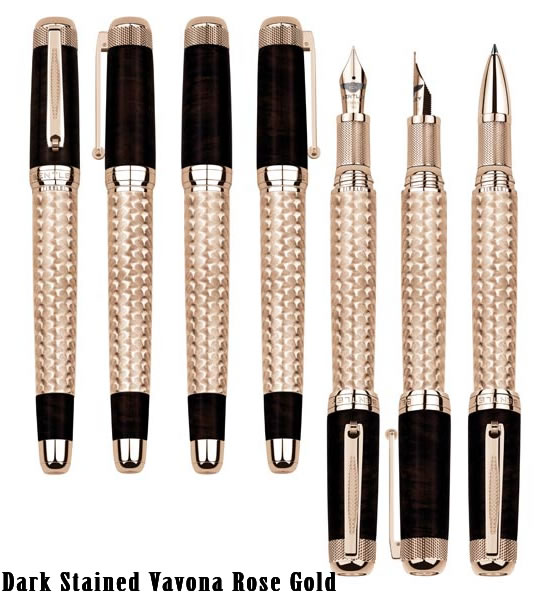 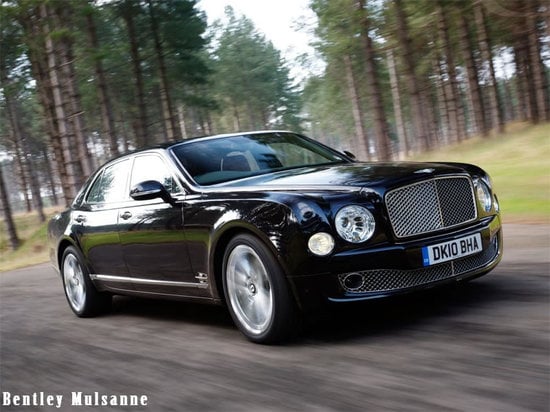