Beating Guanzhou by 34 meters and standing second to none other but the Burj Khalifa, the tallest building globally, four long summers have passed with the span of four long winters before the world could get a glimpse from this tall stature. But after all, that’s said and done; after withstanding natural hurdles, tremors, earthquake, strong winds and even boisterous crows, all that matters is the Tokyo Sky Tree is finally completed and open for the eyes who wants to look at the world from the eyes of an eagle. Paid homage by none other than the Lady Gaga herself, about 8000 people got an exclusive opportunity to sneak peek at the observation deck last weekend, who were chosen from a lottery pool to ascend 634m (2080ft) above sea level.

Operated by the Tobu railway company the tower serves as a broadcast tower for the country’s largest radio and TV outlets. What more? The tower will also maintain an inflow of revenue by being a major tourist attraction: It has two observation decks at 350 and 450 meters above sea level respectively. 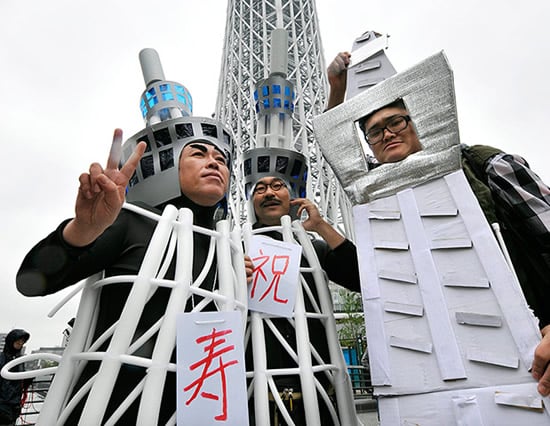 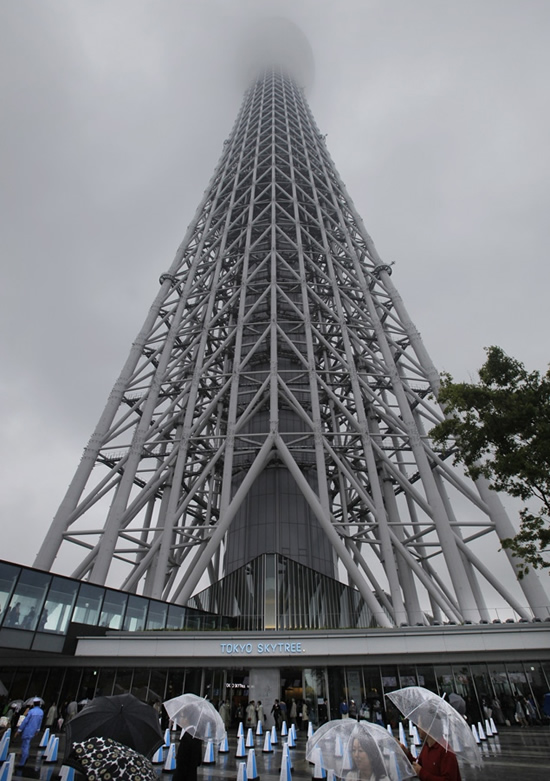 Tags from the story
Japan, Tokyo