Ford Motor Company’s design and engineering team has created a one-of-a-kind U.S. Air Force Thunderbirds Edition 2014 Ford Mustang GT. In commemoration of the 60th anniversary of the U.S. Air Force Thunderbirds, this piece of engineered excellence was donated to the Gathering of Eagles charity auction on Thursday evening, which sold for $398,000. The event was held during the Experimental Aircraft Association (EAA) AirVenture Oshkosh 2013 – the World’s Greatest Aviation Celebration, for which Ford is the exclusive automotive sponsor. 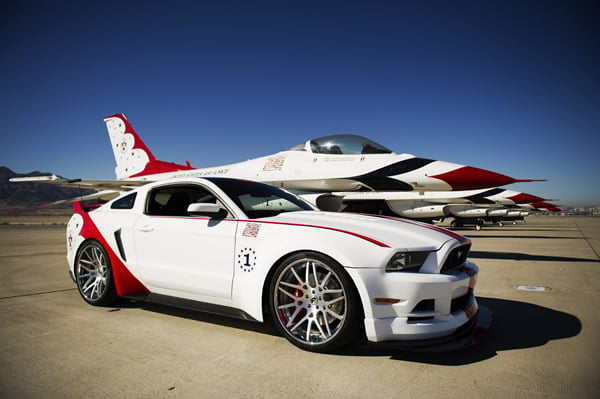 All proceeds from the car donation and the sales (from the auction) would as in the previous years, benefit the EAA Young Eagles program, which has provided free introductory flights to more than 1.6 million youngsters since 1992, helping inspire and motivate the next generation of leaders, aviators, and innovators. To date, Ford has collectively managed to raise $2.5 million to support this program. 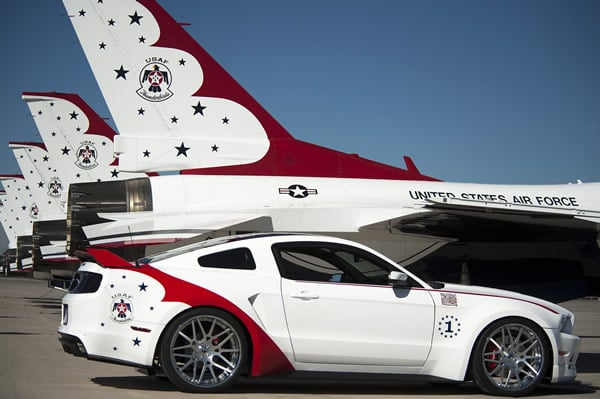 The U.S. Air Force Thunderbirds Edition 2014 Ford Mustang GT car is a VIN 0001, that takes after the F-16 Falcon’s design aesthetics. A 5.0-liter glass-roof coupe, the Mustang sports a white and red color palette with blue accents and of course logos that make it a complete stand out. Moreover, well-known auto-parts specialists like TS Designs, 3dCarbon, Creations n’ Chrome, and Forgiato have combined forces to give the Mustang the needed upscale look.

READ:  Here is a look at the last Phantom VII to emerge from Rolls-Royce 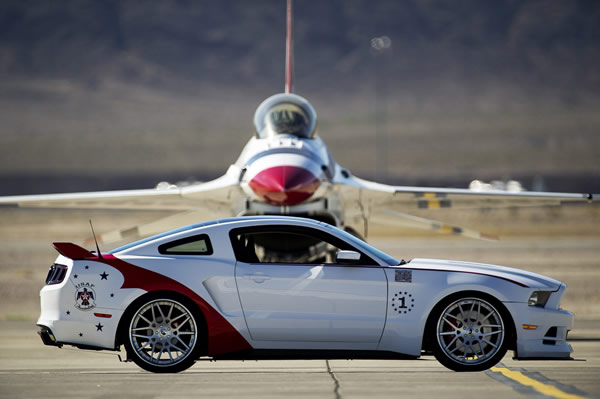 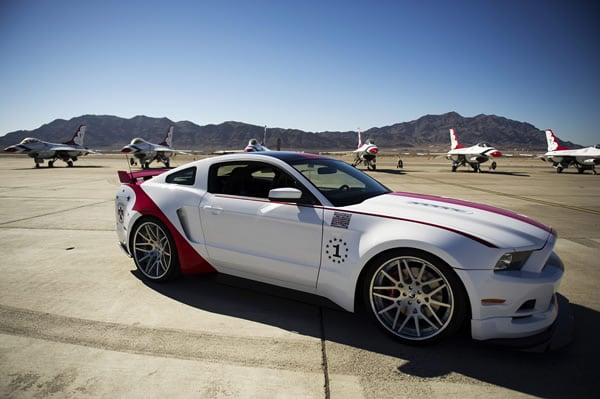 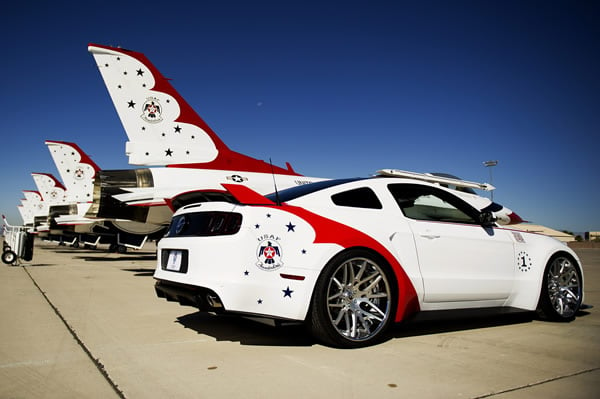 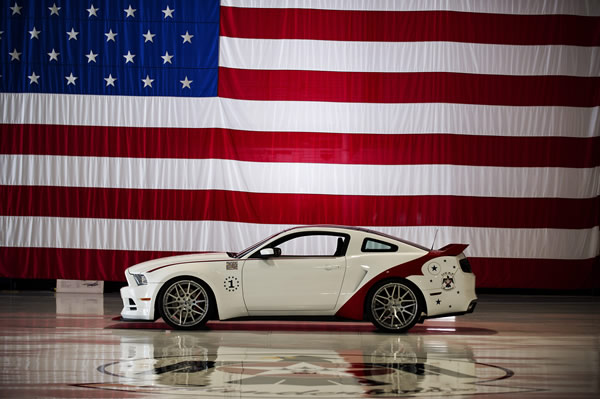 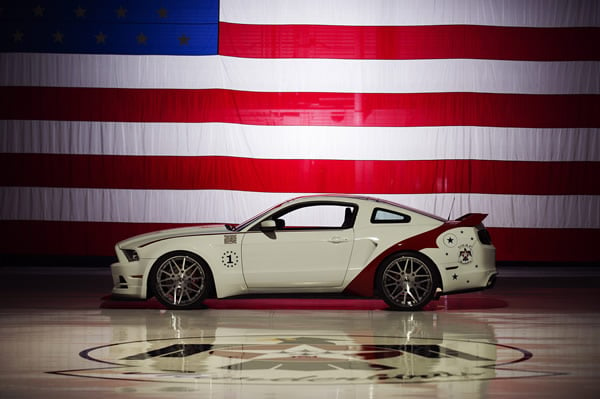 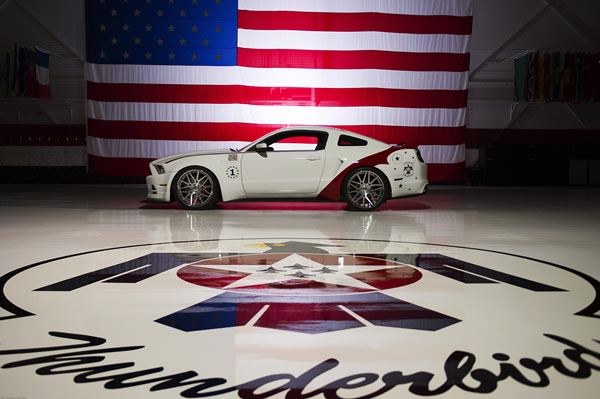