Michiel van den Brink had paid homage to the 1962 Ferrari 250 GTO by creating his own designs for the car in 2006. Now his company Vandenbrink Design has the opportunity to build five of the GTOs, each one based on the Ferrari 599 GTB Fiorano. Two models revamped are a 599 GTO with stock 6.0-liter V12 producing 650 hp, and the 630 GTO, which offers some manner of engine tune by EDO Competition to produce 750 hp. The re-modeled stuff will burn a hole with prices starting at 993,000 Euros or $1.4 million, which includes interior specialization by Henk van Lith. 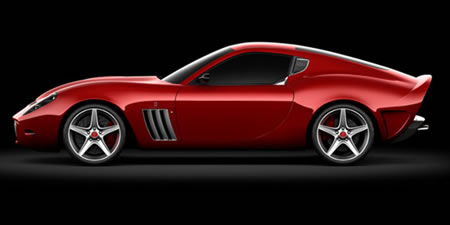 Production on the rebody Coachworks for Ferrari 250 GTO will start in 2008.
Press Release:
Vandenbrink Design unveils special coachbuilt GTO
Vandenbrink Design joins the revival of special coachbuilding by presenting their design of the GTO, a tribute to the 1962 Ferrari 250 GTO.
The GTO was designed in 2006 by Michiel van den Brink, who founded the Vandenbrink Design company with business partner Robert Koumans in the Netherlands. The worldwide acclaim the artist impressions received exceeded all expectations; TopGear even wrote “Ocular Nirvana: arguably the best-looking car in the world”. The overwhelming response put the bar high, but it encouraged Vandenbrink to accept the challenge by preparing the design for production.
The new coachwork will be handcrafted following the classic tradition in aluminum by Dutchman Alwin Hietbrink, who is worldwide known for his excellent aluminum craftsmanship in restoration and rebuilding projects of classic Italian iconic sports cars such as the genuine Ferrari 250 GTO.
Optional interior/upholstery redesign will be performed by the Dutch craftsman Henk van Lith, also worldwide known for his specialization in the making of high-quality Italian interiors.
The GTO is technically based on the superb Ferrari 599 GTB Fiorano platform.
In cooperation with race engineering expert EDO Competition two versions are offered:
– the 599 GTO (5998 cc / 650 hp / 630 Nm) and
– the high performance 630 GTO (6300 cc / 750 hp / 680 Nm).
Through this unique approach, the GTO offers a synthesis of automotive art, craftsmanship, and state-of-the-art platform and performance engineering.
Only 5 GTO’s will be built for customers, guaranteeing exceptional exclusivity. Customer interest appeared solid; first coachworks have been reserved. Production will start in 2008; delivery to the first owner will be in 2009.
Price of a full-options 630 GTO is 993.000,- euros (excl. base 599 GTB Fiorano, extaxes).
Vandenbrink Design:
Vandenbrink Design BV is an automotive design company, located in The Netherlands.
It is a privately-owned company, founded in 2006 by Michiel van den Brink and Robert Koumans.
The company focus is on special design and coachbuilding for highly exclusive sportscars. 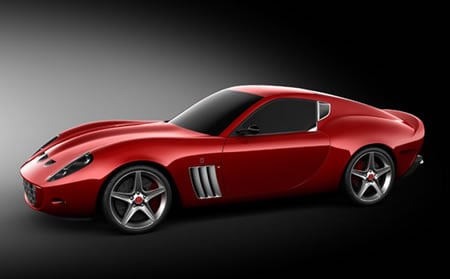 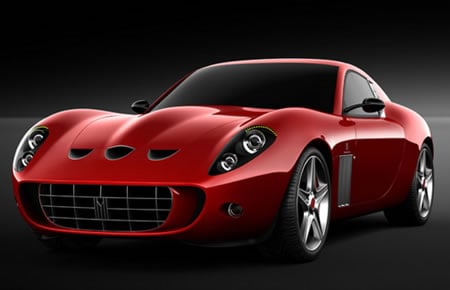 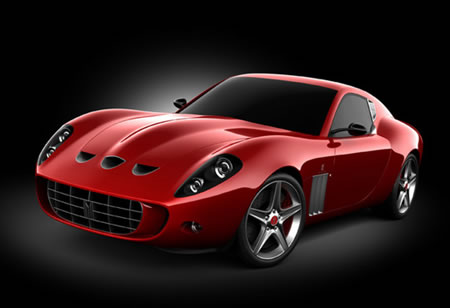 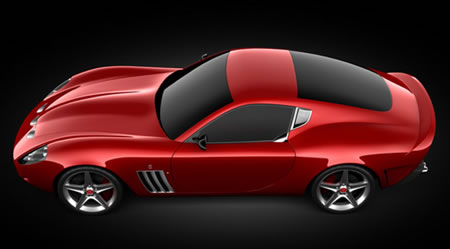 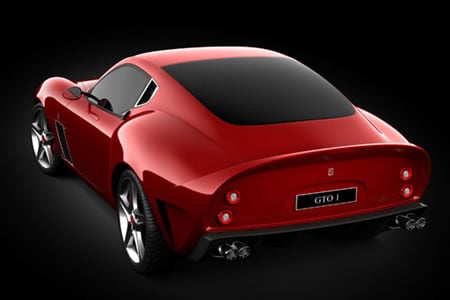 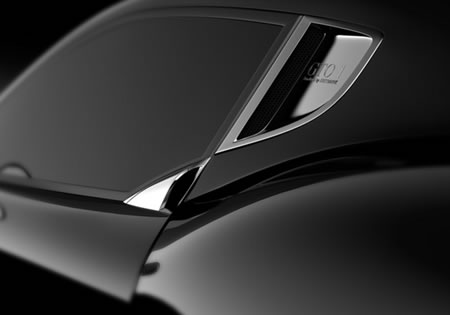