In 2006 Virgin let us take a peek at their initial designs of the Galactic spaceship interiors. Since they are gearing up for the first flight in 2009, Virgin Galactic just announced their new spaceship designs. White Knight Two is the plane that will bring the SpaceShipTwo to a high enough altitude to launch itself away. SpaceShipTwo has an eight-passenger capacity, so essentially there will be two pilots and six passengers, each of whom will pay $200,000! The White Knight Two is already almost complete, with testing scheduled for later this year, while SpaceShipTwo is about 60% complete. We already told you about the New Mexico site where the Spaceport for the flights is being built. 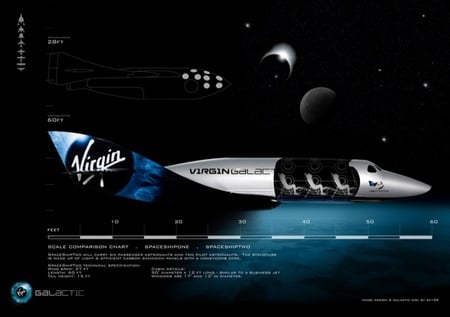 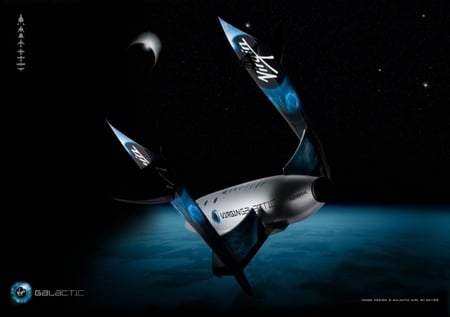 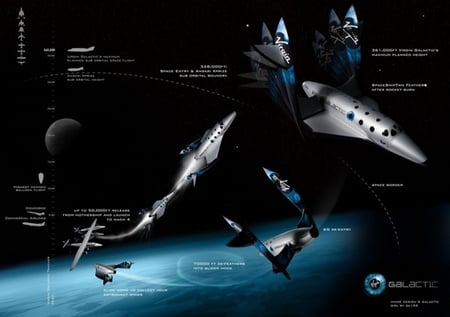 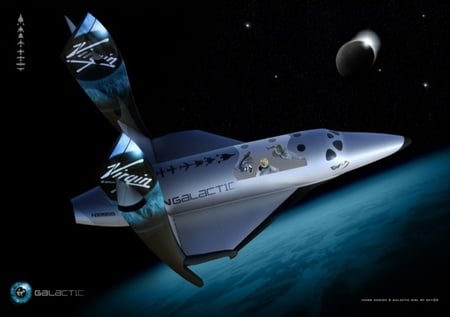 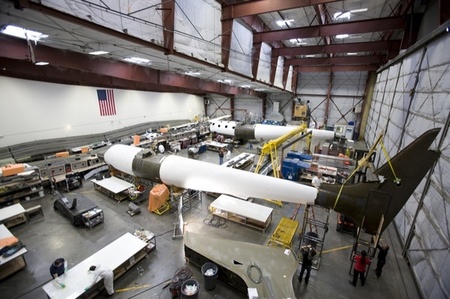 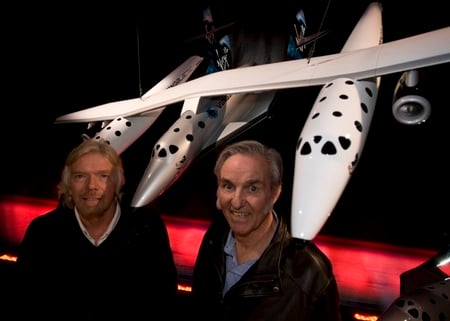 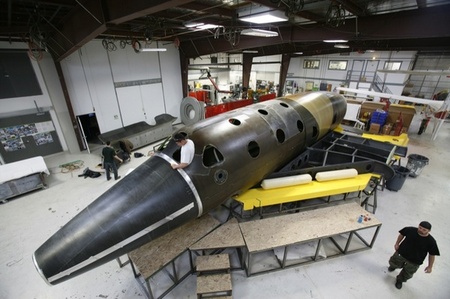 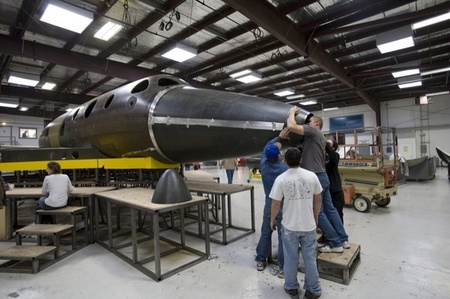 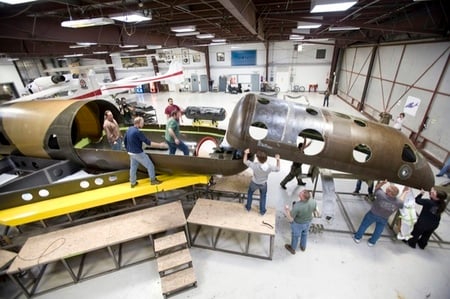 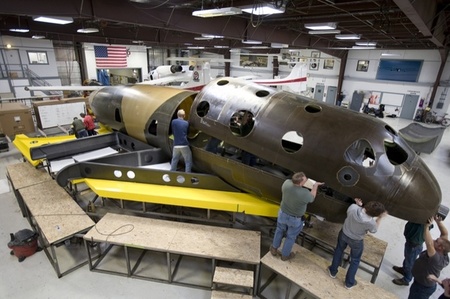 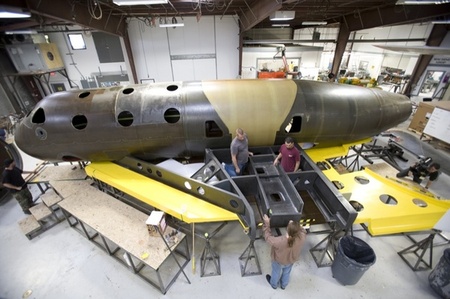 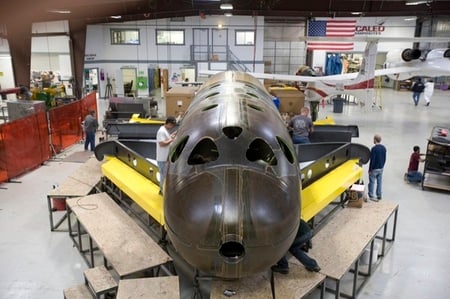 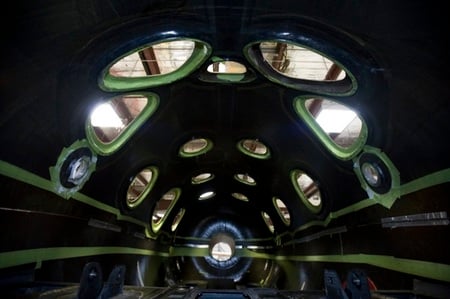 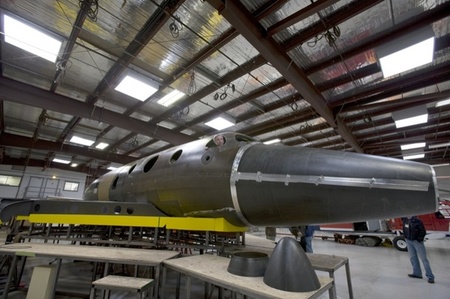 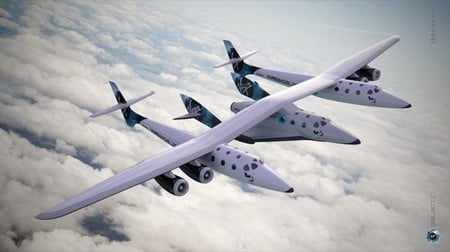 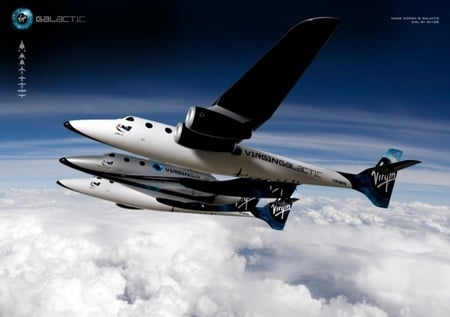