Admit it there are a few bikes in the world that pack the oomph factor of a Ducati. They are sleek, extremely stylish and their exhaust sound, well, you sure do have to hear it to believe it. Looks aside they are equally enticing when it comes to the ride quality and handling. But like with everything Ducati’s come with their shortcomings as well, Brent Pasarella shares his two cents on the head-turning motorcycles.

Best honest answer I can give you. Yes and no. I’m going to have to qualify that with evidence now, aren’t I?

Where Ducatis excel:
Handling: You’ll be hard pressed to find bikes that feel so good on the road or track. Even the Monster which is a daily driver flicks superbly into corners, and accelerates with a passable speed.

Styles: Are you looking for any specific style of bike? Ducati either makes it, or has something close. Whether the track oriented Panigale, the sport touring SuperSport, the Diavel Cruiser, dual sports, touring… they make pretty much everything, even cafe racer style scramblers. They are all very attractive looking bikes.

Design: The bikes are engineered intelligently, items are not normally placed in areas that are hard to get to, and single sided swingarms are more common in this brand than in many other brands. These features make them relatively easy to wrench on yourself which will be relevant shortly.

Speed: On the literbike and above models, you get some serious speed and acceleration out of them. On the smaller bikes you get a decent bang for the buck. My air cooled 803cc Monster puts about 80HP out, and goes pretty well, when the only air cooled comparisons put out half the power. It’ll do, it’s not power to write home about, but it’ll move you. The bigger liquid cooled twins will put out close to 200HP!

Value: While many people believe that Ducatis are expensive, when you compare like- vehicles, they’re actually low or average in initial price. Spend $22K on a Harley touring bike, or spend $17K on a Diavel Strata touring bike, and get some real performance from it. 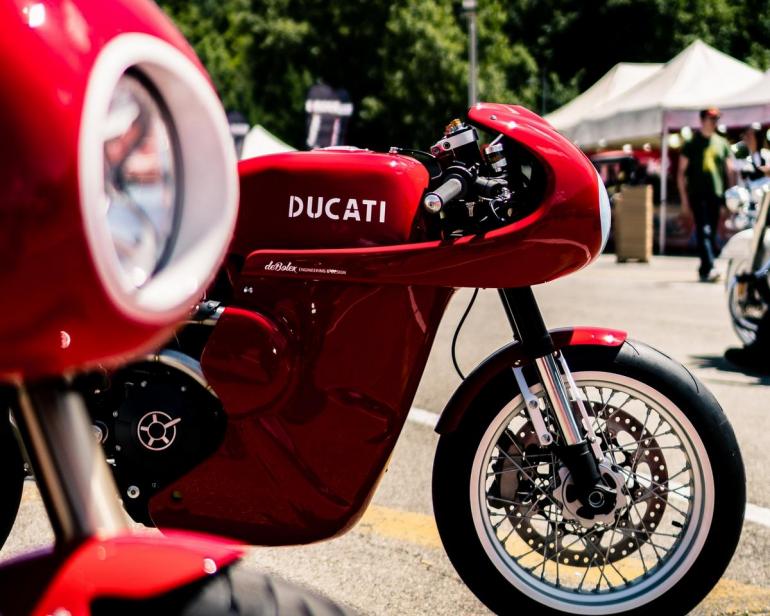 Where Ducatis Fail:
Maintenance: You probably won’t encounter maintenance intervals as short as you will with a Ducati. My monster has 7500 mile valve checks, and 15,000 mile belt replacements. Compared to other bikes with 30,000 mile valve checks and timing chains that never need replaced, we’re talking about an extra $3000 worth of maintenance unless you do it yourself, at which point parts are the only pricey thing, and specialized tools are required, like a stator cover puller, or a cam-lock tool.

Efficiency: Ducati uses mainly Twins, the result is that the redline on most Ducatis are lower than those 4-cylinder. The panigale limits at around 11,000 RPMs, while an R1 goes to 14,000. This means to get more high end speed without sacrificing accelleration, you need more Raw power, which consumes more fuel.

Resale: Want to pick up a Ducati at half the price? Buy someone’s one year old Ducati with less than a thousand miles on it. They don’t seem to hold their value well, and frankly I am surprised they ever sell a new bike with the plethora of high quality low priced used ones out there.

Range: With the fuel economy often being low, it is rare to find a Ducati that without modification can go more than 150 miles without desperate need of a gas station. If your plan is to explore far beyond, plan your fuel stops!
That’s my take on Ducatis. Do I love mine? Absolutely yes. Is mine disassembled in my garage right now while I do a valve check and replace the timing belts and plugs? Yes… Yes it is.