On 14th October 2012, Felix Baumgartner created history by jumping from the edge of the space and became the first man in the history to break the speed of sound. Watchmaker Zenith, the exclusive timekeeper and sponsor of the challenge, also entered the record books when an El Primero Stratos Flyback Striking 10th timepiece worn by Felix during the jump become the first watch to break the speed of sound at the very doors of space. To celebrate the feat on its 2nd anniversary, Zenith has introduced a new version of the highly technical Academy Christophe Colomb tourbillion timepiece that pays tribute to Felix Baumgartner and is themed around his historic jump. 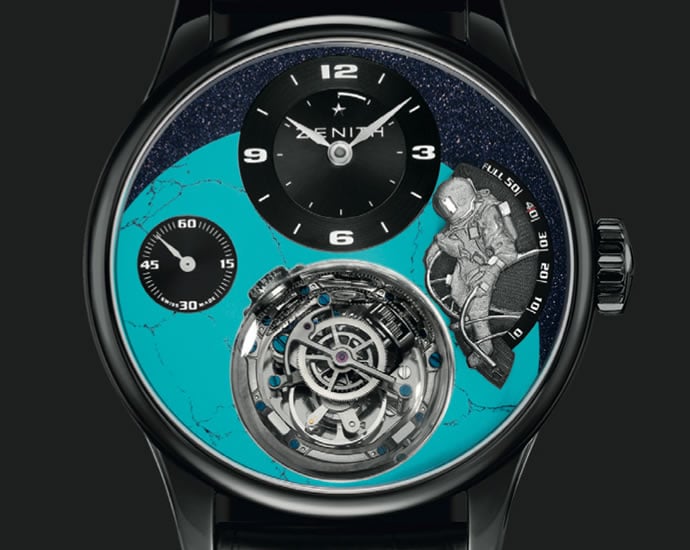 The most unique feature of the Academy Christophe Colomb timepiece which set it apart from the rest upon its debut back in 2010 is its “self regulating gyroscopic module” – a first in wristwatches. Zenith created a gimbal-like system for it that would hold the entire escapement in a horizontal position at all times, regardless the position of the watch itself. This allowed for superior timekeeping performance as the balance wheel and the hairspring were constantly in a horizontal position – allowing for near-perfect regulation. The Zenith Academy Christophe Colomb Tribute To Felix Baumgartner version will be limited to just 10 pieces and will depict Felix standing on the edge of the capsule of his balloon, right before he makes the jump. A large portion of the dial is in is in turquoise, representing the Earth. The upper section shows the Milky Way viewed from the stratosphere and depicted in aventurine. The case back will feature an 18k gold power reserve bridge that illustrates the Austrian base-jumper, his capsule, and the Earth. The Zenith Academy Christophe Colomb Tribute To Felix Baumgartner watch is priced at $275,000. 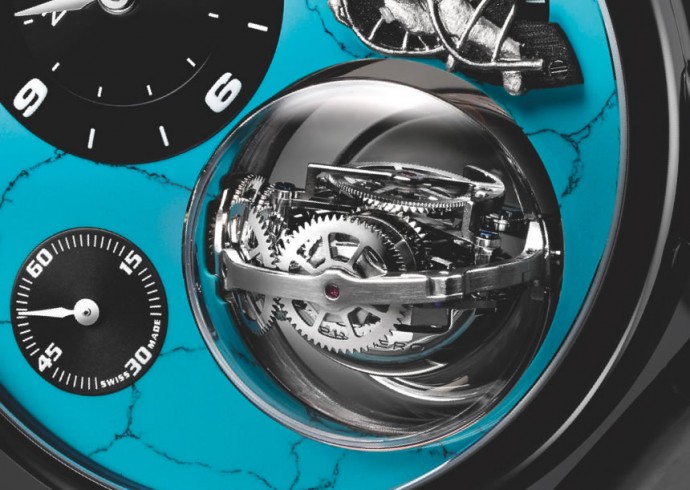 Tags from the story
Zenith