It seems like everyone’s cashing in on the upcoming Star Wars movie addition i.e. Episode VII – The Force Awakens and famed wax sculpture museum, Madame Tussauds of London, is not going to be left out. It’s taken 180 sculptors, hair artists, colorists, set designers and prop makers over a full year to create the all new Star Wars exhibits for the wax-works museum and it looks like the work has paid off in spades. So if you thought a visit to the famous wax-works house was going to be merely interesting, things just got kicked into overdrive!
There are over 11 famous scenes that have been recreated for the new exhibit from the cult classic sci-fi saga including a life-size Jabba the Hutt (2.9metres long, 1.5metres high 220kg) complete with his court jester, Salacious B. Crumb and his captive, the gorgeous Princess Leia, in her famous gold bikini. “A figure would normally take around four months to make … the bigger figures such as the gargantuan Jabba the Hutt took a little bit longer and we did have to create him in a warehouse,” general manager Ben Sweet said.

Other scenes include a model of Anakin Skywalker in battle stance amid the lava of the Mustafar base, a totally relaxed Han Solo in his famous spaceship the Millennium Falcon alongside his Wookiee co-pilot Chewbacca (who incidentally took nearly 1,000 hours to create with the use of yak hair) at the controls. There’s even a set featuring the final epic face-off between father and son – Darth Vader and Luke Skywalker – in the emperor’s throne room aboard the second Death Star, complete with the emperor on his throne looking on, and also the famous scene on the Cloud City, from The Empire Strikes Back, where Vader confesses to being Luke’s father. And don’t worry, the gang’s all here with other scenes showcasing Jedi master Yoda, and those famous metal men, androids extraordinaire, C3P0 and R2D2.

READ:  Six Senses to open a hotel in the heart of London in 2023 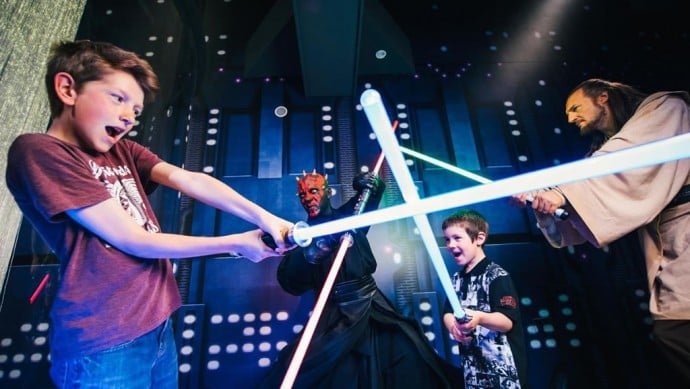 No expense was spared to put these fantastic pieces together as the cost hit the $3,924,775 (£2.5 million) mark to bring these figures, across the 11 immersive sets, to the exhibit. Working closely with Walt Disney Co. and Lucasfilms, the creative team at Madame Tussauds have gone all out. From laser fire, lightsaber special effects sounds and artificial lighting have been proportionally used to give each set a very in-depth and realistic look; this is pretty much the best thing for a Star Wars fan, aside from being on the set while filming. 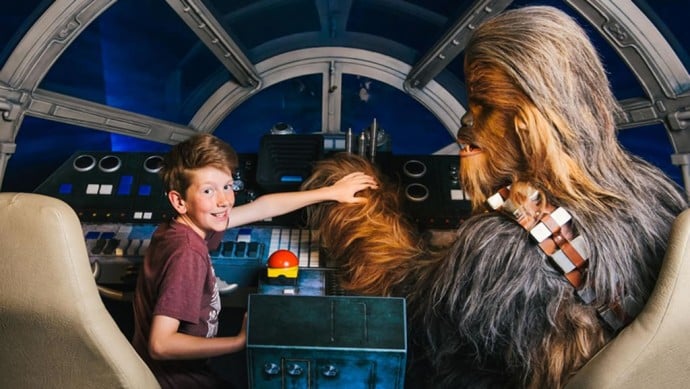 Fans of the films were given a sneak peek at the exhibits before they open officially on Saturday. If there was ever a list of reasons to visit London, this has got to be in the top three! See this you must!

Tiffany will reopen flagship New York City store with a stunning 80-carat diamond necklace, their most expensive jewelry design ever.