New York has a brand-new feather in its cap and it’s called the Hudson Yards! Situated on the west side of Manhattan, the megaproject boasts everything from shops, restaurants, buildings and a plethora of architectural and technological delights making it a favourite with New York Bus Tour operators. It spans 18 million square feet of new commercial and residential space and is by far the most expensive private real-estate development in American history. Here are 5 reasons why you must visit the Hudson Yards for a grand New York experience: 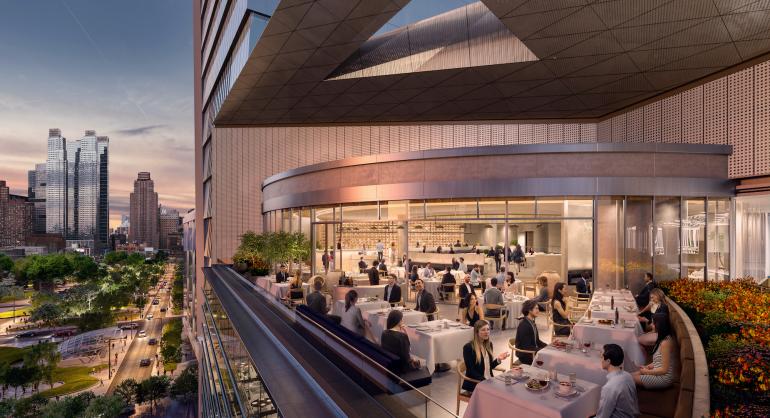 5) Restaurants: Food is undoubtedly the top-most attraction at the Hudson Yards. The place beams of several eating stops with names such as Thomas Keller, José Andres, and David Chang dishing out gastronomical delights for those visiting. While most of the restaurants are situated at 20 Hudson Yards, some also sit perched on the off-side. Popular names include the Zodiac Room by Neiman Marcus, Belcampo (in restaurants), Blue Bottle and Bouchon Bakery (in cafes) as well as Stephen Starr at Equinox Hotel. 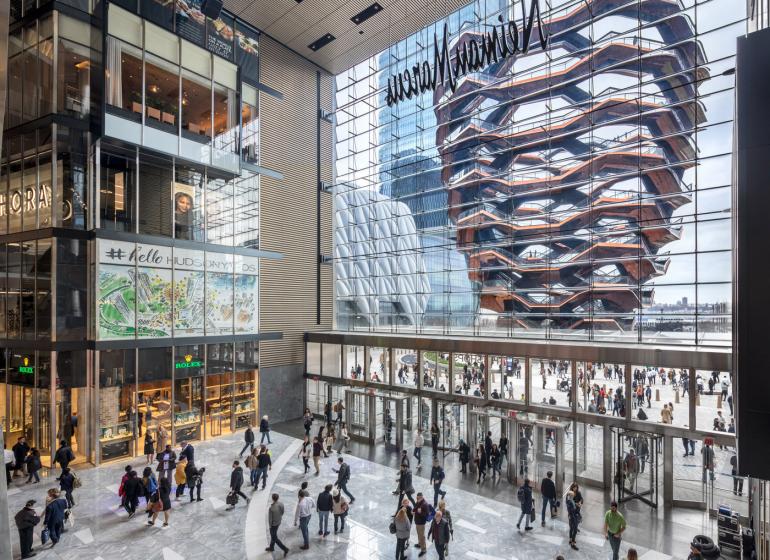 4) Shops: Shopping venues are located at 20 Hudson Yards – an iconic place enamoured by a three-story, 188,000 square-foot Neiman Marcus, the first of its kind in the City. The ultra-luxurious space is anchored by high-end stores such as Cartier, Dior, Fendi and Rolex along with a few affordable names like H&M, Zara and Banana Republic. Other commercial attractions are perched across, 10, 30, 50, 55 Hudson Yards as well as the Retail Pavilion on the eastern side. 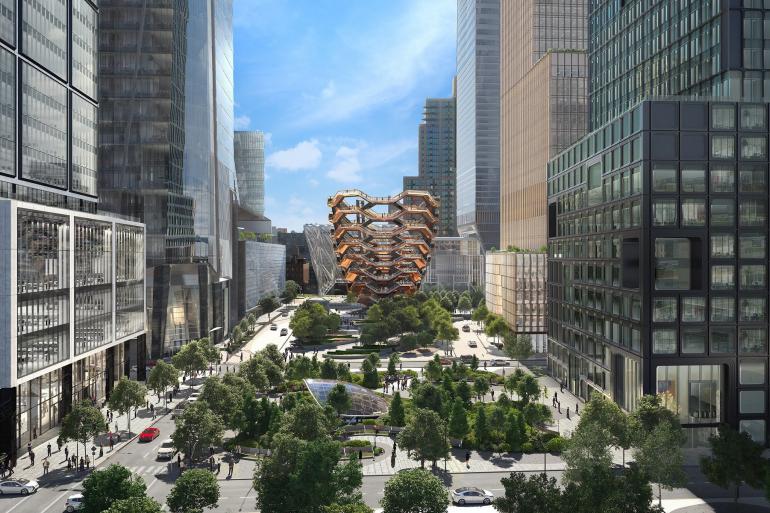 3) Gardens: Nature lovers also have plenty to do here. Occupying five acres of public space are the gardens of Hudson Yards that serve as a green space and aim to host several migrating birds and pollinators in its flora. The area is home to more than 28,000 plants and 200 mature trees and will also feature miles of garden seating along with a sprawling Pavilion Grove of trees and a birch grove at the 10th Avenue and 30th Street. 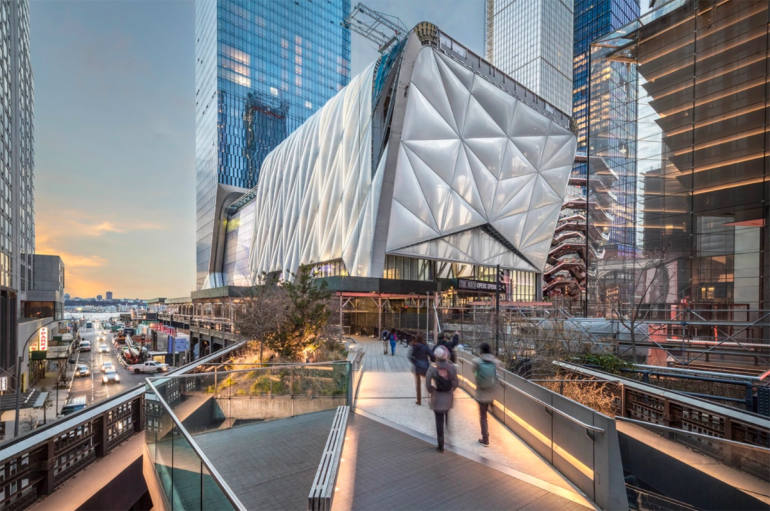 2) The Shed: While the Shed in itself is an architectural sight to behold, it serves as Hudson Yards’ prime performance venue. The eight-level space is inspired by the adjacent high line and consists of a 4000-ton shell that retracts to reveal an open-air plaza. In its first innings, the place will host artists across music, theatre, film, and visual art and will be home to events such as the five-night Soundtrack of America series and a new production by the inimitable Björk called Cornucopia. 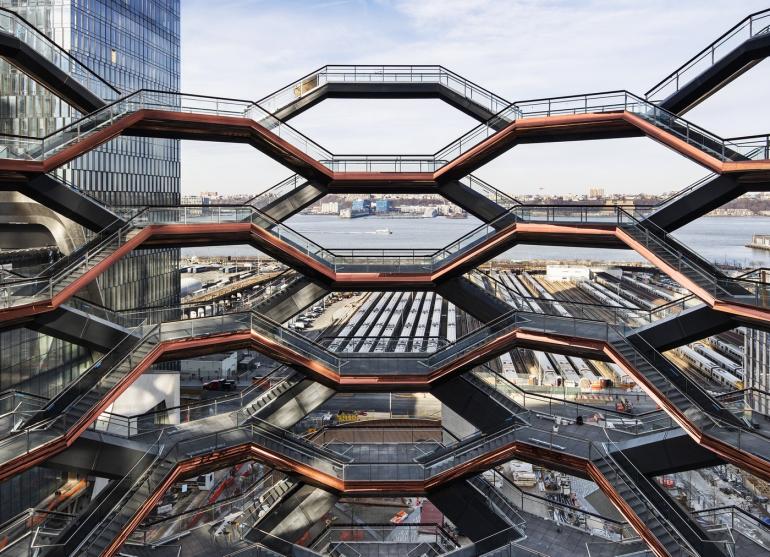 1) The Vessel: Touted as the Eiffel Tower of New York, the Vessel forms the centrepiece of Hudson Yards as a $200 million interactive public art installation. It is designed by Thomas Heatherwick and includes nearly 154 interlocking staircases and about 2,500 winding steps that overlook the Public Square and Gardens. It is open to the public from Monday to Friday between 10 a.m. to 9.p.m. This one cannot but be missed!

Going forward, we are sure that Hudson Yards will be an integral part of all New York City Tours.