Airbus has announced the launch of the highly anticipated re-engined version of its best selling A330 range at the Farnborough Airshow. The A330neo programme comprises two medium haul models, the A330-800 neo and A330-900neo which incorporate new Rolls-Royce Trent 7000 engines, along with aerodynamic improvements, new cabin features, and will offer a reduction of fuel consumption of 14 per cent over the current A330 models. Unfortunately the deliveries of the A330 neo will not start until the fourth quarter of 2017, but here is how the new A330neo will power the future of air travel. 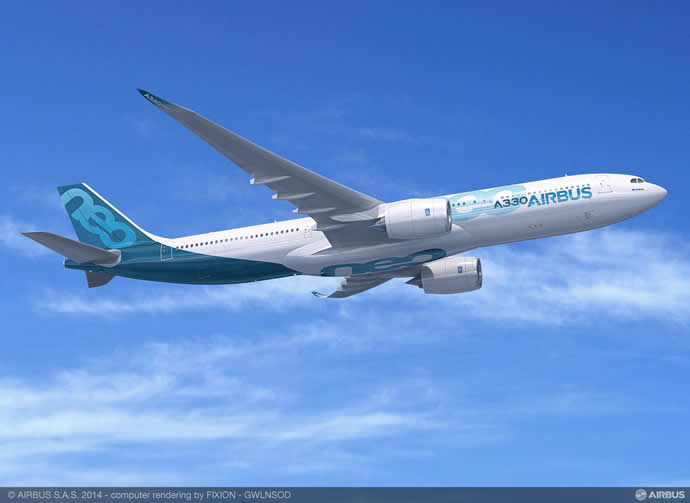 7. Green Flying:
The new A330neo will reduce fuel consumption by a further 14% per seat compared with today’s A330, making them the most cost efficient, medium range widebody aircraft on the market. 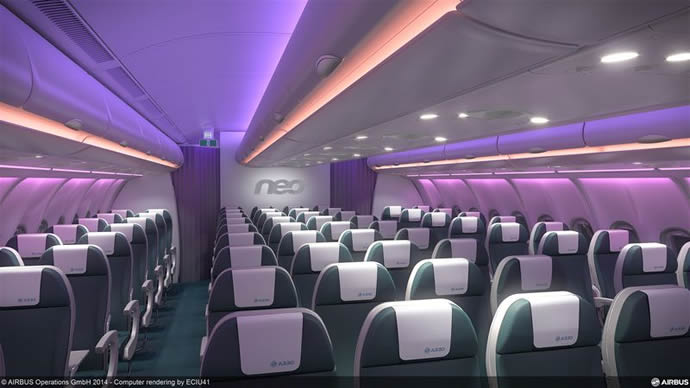 6. Cabin Innovations:
Airbus has optimized the cabin to include up to 10 more seats on the A330-900neo and six additional seats for the A330-800neo version while maintaining the standard 18-inch-wide economy class seats. With this increased seating, the A330-900neo will offer seating capacity for up to 310 passengers, with the shorter-fuselage A330-900neo accommodating up to 252 people. Both business and economy cabin now look like in the A350, featuring reshaped overhead bins.
Additionally, the galley insert developed for the A350 XWB will be available for the A330 and will include an espresso coffee maker, chillers, and ovens with baking functions. 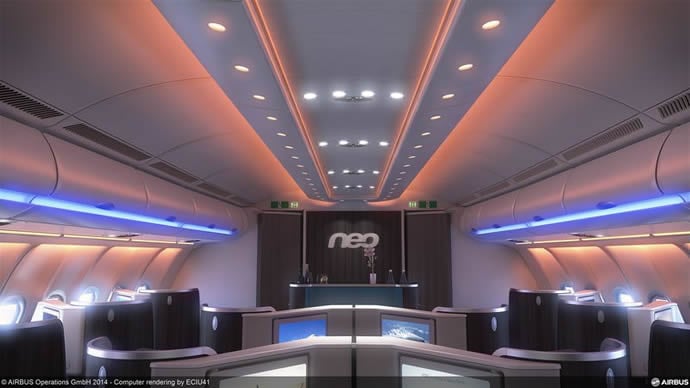 5. Accent Lighting And Connectivity
Passengers on-board A330neo will enjoy same full LED-mood lighting as in the A350 XWB. The A330neo family will have the latest-generation cockpit systems. Passengers will have access to Wi-Fi broadband connectivity.

READ:  Korean Air to be the first airline in the world to convert the 2nd floor on its A380 into business class 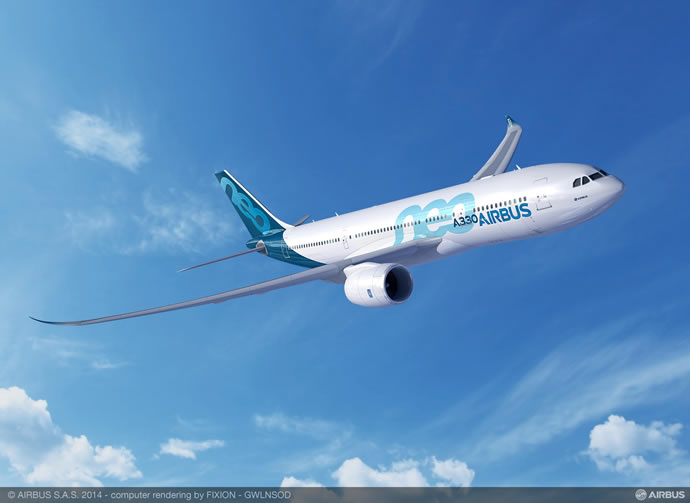 4. Aerodynamic Enhancements
The A330neo family will feature aerodynamic enhancements such as A350 XWB-inspired winglets, and a wing span extension by 3.7 meters to confer increased lift and reduced drag. The new wingtips are an adaptation of the curved winglets that were developed for A350 to generate the most optimal pressure distribution for the aircraft.

2. Efficiency And Fuselage:
The new A330neo flies up to 400 nautical miles farther than its direct predecessor, giving the aircraft a maximum range of 7,600 nautical miles with a full load. Both the Airbus A330-800neo and the A330-900neo will be powered by Rolls-Royce Trent 7000 engines, which will deliver from 68,000lb to 72,000lb of maximum take-off thrust. According to Airbus, it will improve specific fuel consumption by 10 per cent. It will also have twice the bypass ratio (offering a 10-to-1 bypass ratio) of the Trent 700 and will halve the perceived noise from the engine.

1. Fourth generation In-Flight Entertainment
Passengers flying the new A330neo will be able to watch 3D movies on the seatback screens as part of the plane’s new in flight entertainment.