The 128 kg Japanese Bluefin Tuna worth $104,800 or 9.63 million, the highest bid in eight years had made the rounds everywhere, especially when the costs and benefits were split into two halves, where half the trophy tuna went to Kyubey, a posh sushi bar in Tokyo’s glitzy Ginza district that serves 40 kinds of fish and counts Sony chief executive Howard Stringer as well as Steven Spielberg as clients. The other half went to Itamae sushi, a Tokyo outpost of a casual, Hong-Kong restaurant chain that has been expanding recently. At Kyubey, a single sliver of the prized Bluefin cost $22, which the writer rated as a smooth, melt-in-the-mouth type of texture. The Itamae sushi offered $11 lunch specials and tuna maki rolls for $32 for 10 pieces to the first 20 customers of the day, after which the restaurant ran out of stock on Wednesday.

Head of Itamae’s said that the quality of the Bluefin was not the best as they’ve seen. The quality of the 200 kg category of bluefin was said to be way superior than the 128 kg tuna. Owner of Kyubey, Mr Imada says that selling the Tuna at $22 a slice won’t make Kyubey any money. But he also confessed that the attention his restaurant received after the enterprise helped a lot and that he will do it again next year. 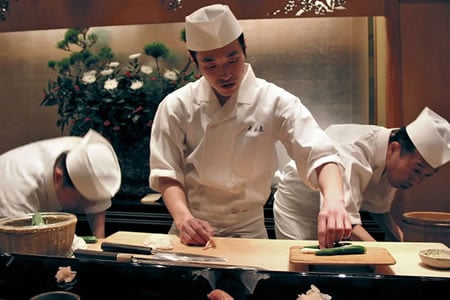 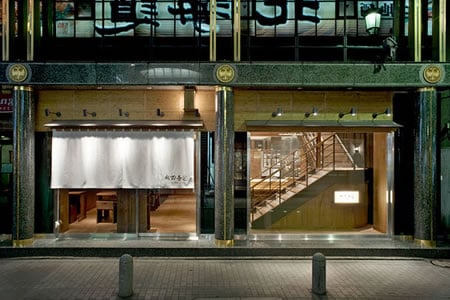 Tags from the story
Tokyo