Whenever you take a plane to travel somewhere you have an idea of what the interior is going to look like. Row upon row of front-facing seats if its economy, or some variation of sleeper seats or suites if it’s first-class. However, the Airbus Group’s Silicon Valley research team (called A3) has imagined a commercial flight layout that can be altered for every journey.

The designers have conceptually broken up the space inside the plane into smaller sections which can be equipped with seats or other amenities that suit the passengers in it. The concept is called Transpose and it allows for much of the interior of the plane to be fully customizable. 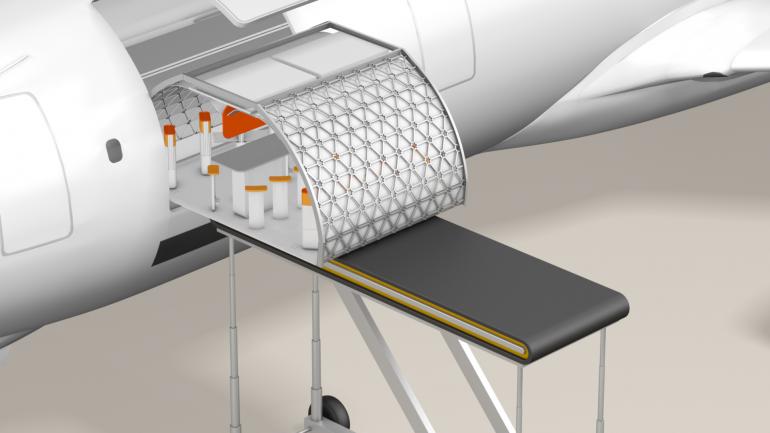 Upon landing, each section could be unloaded and reconfigured for the next flight. This system allows for the addition of spaces that were previously unimaginable in a plane like play areas, bars, dining areas, sleeping compartments, etc.

Jason Chua, the leader of the A3 cabin project said, “The reason that cabins are by-and-large forward-facing seats and rows isn’t that other things aren’t safe. We think it’s because there hasn’t been a system for airlines to reconfigure their aircraft more rapidly.” 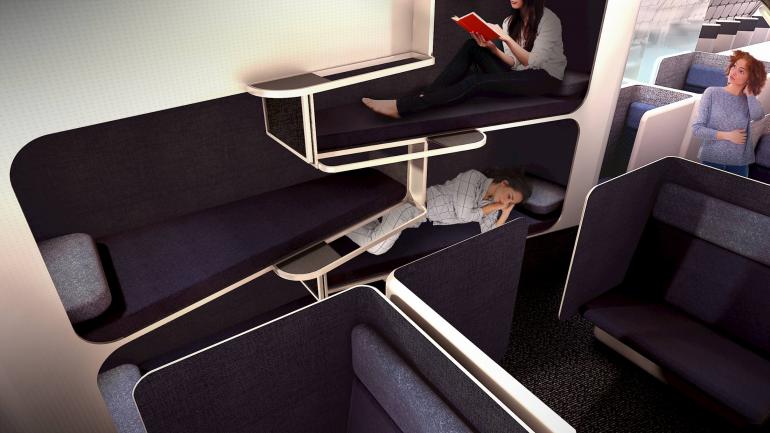 “Today, if you put a shower on an airplane, that shower’s going to stay there for the next seven to 10 years,” Chua said. “With Transpose, you can try something that you think will work out. If it works, then great. If not, you can change it.”

The concept seems radical now, but not too long ago, in-flight showers were radical too. Before any airline takes the bait, Airbus will have to rigorously test for safety and (most probably) profitability, however as Chua pointed out, Any time you have new types of innovation, whether that’s the premium economy or lie-flat seats, as soon as that becomes something that passengers really want, then the industry shifts pretty radically.”