The world has been anticipating the launch of Shanghai Disneyland for a while now. From the on-site resort to the long list of shopping opportunities, this place promises to offer a plethora of experiences for every traveler. If you can’t travel to China just yet, don’t worry, the magical castle will still be waiting when you finally book your tickets; in the meantime you can gaze longingly at these stunning aerial view images of what promises to be the Happiest Place in China! 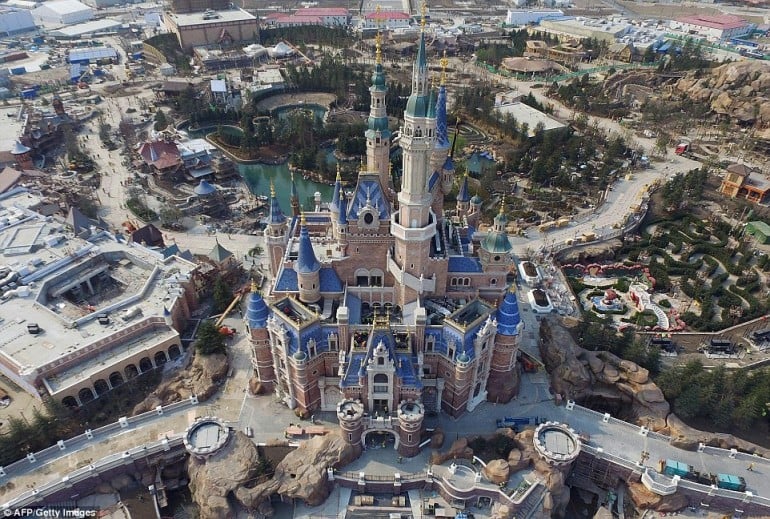 This 196-foot-tall Enchanted Storybook castle promises to be the backdrop to many an enthusiastic tourist selfie. Tickets to the June 16 opening reportedly sold out just hours after being made available. 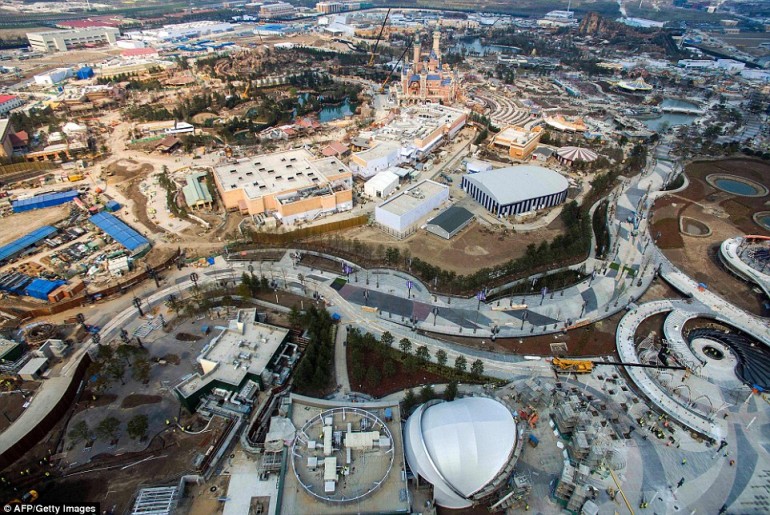 Meanwhile other parts of the park are still in the final stages of construction. 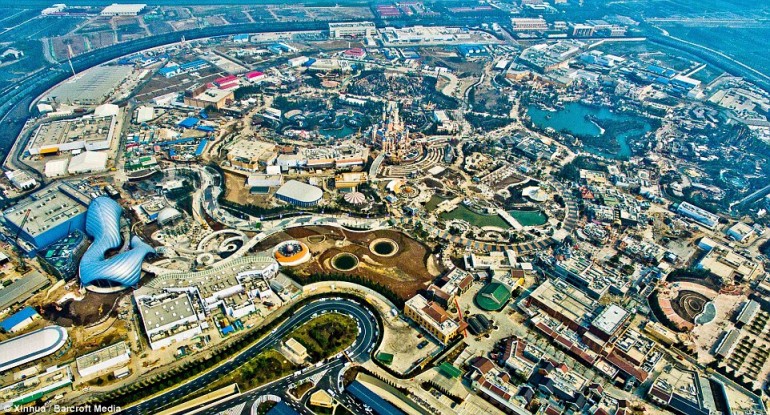 The park cost about $5.5 billion to build but reports say it will be the cheapest of all the Disneyland parks so far. 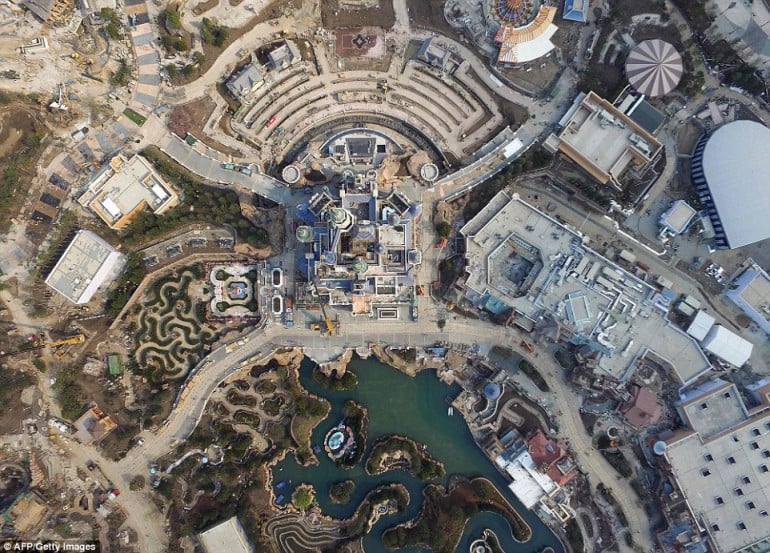 The park will consist of six differently themed lands and countless attractions including various rides, shows and destinations. 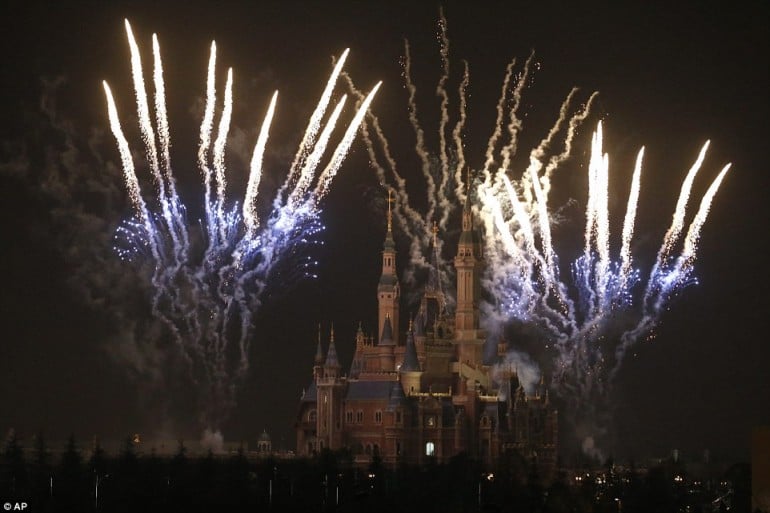 The castle which forms the focal point for the fireworks display will also house a table-service restaurant, Bibbidi Bobbidi boutique, a store and two attractions: the Once Upon A Time adventure which is based on the story of Snow White, and a boat ride called Voyage to the Crystal Grotto 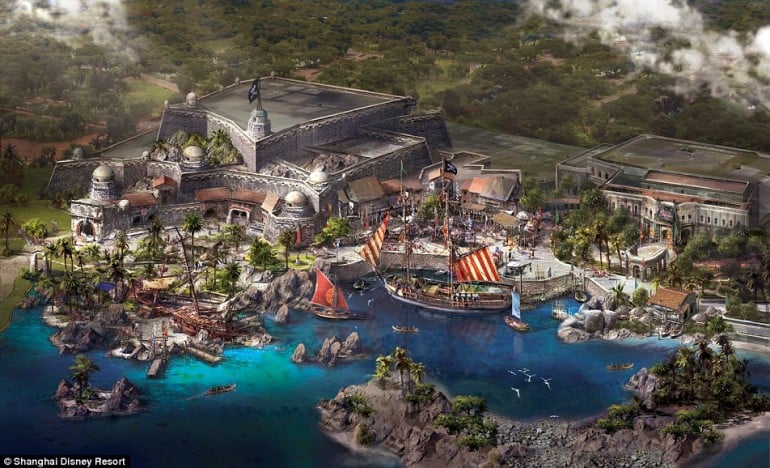 Shanghai Disneyland’s Treasure Cove will be the first Pirates of the Caribbean themed “land” at a Disneyland park. It will feature five whole neighborhoods. 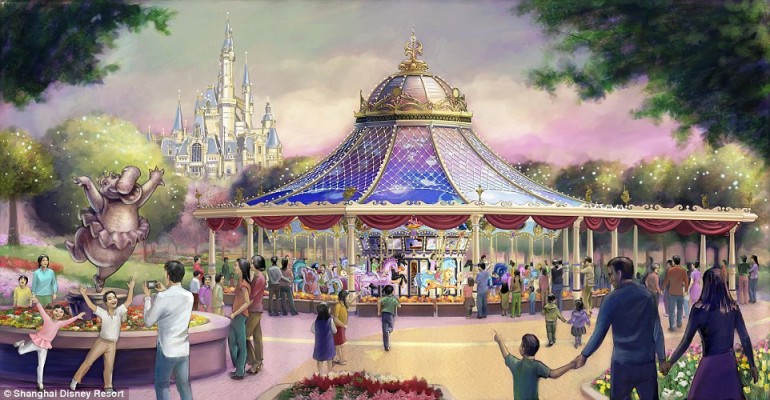 There will also be a carousel based on the Disney movie Fantasia. 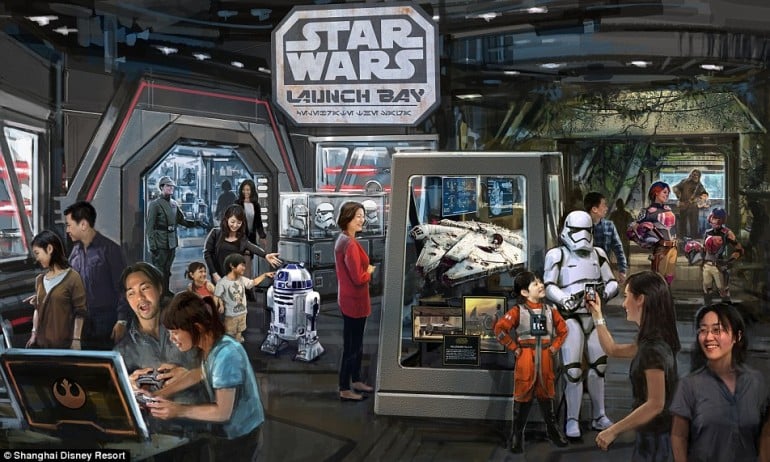 Star Wars fans across the world now have something to look forward to for Shanghai Disneyland features a Launch Bay dedicated to the sci-fi franchise where guests can meet their favorite characters, check out set pieces and props from the recent movie. 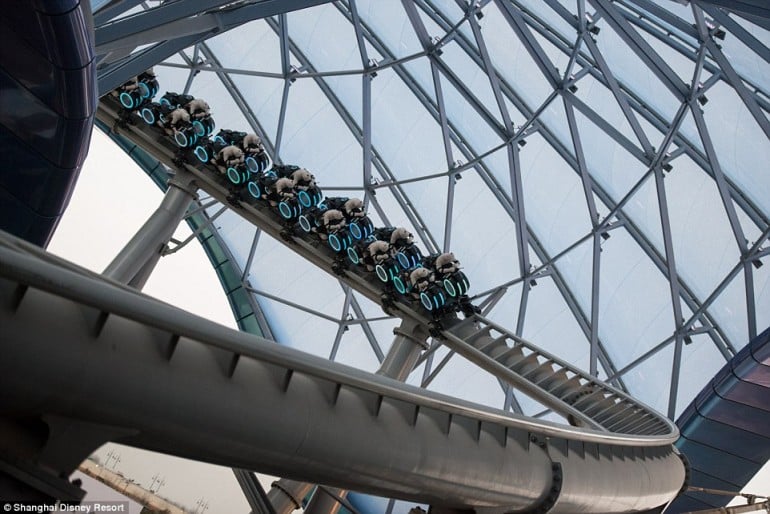 The Tron Lightcycle Run is a roller-coaster inspired by the favorite Disney movie Tron. 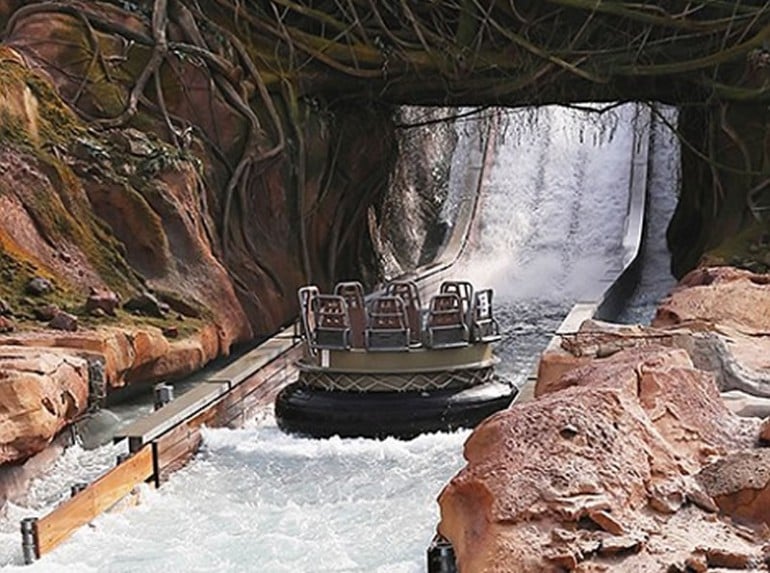 The Roaring Rapids are part of a rafting ride that takes guests through Adventure Isle. 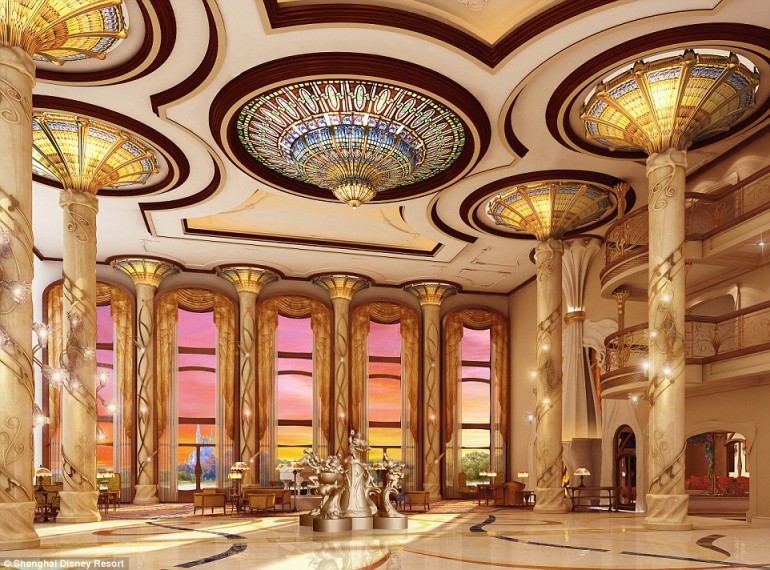 The accommodation is not too shabby either. The Shanghai Disneyland Hotel will features bronze statues of Mickey and Minnie in the lobby. 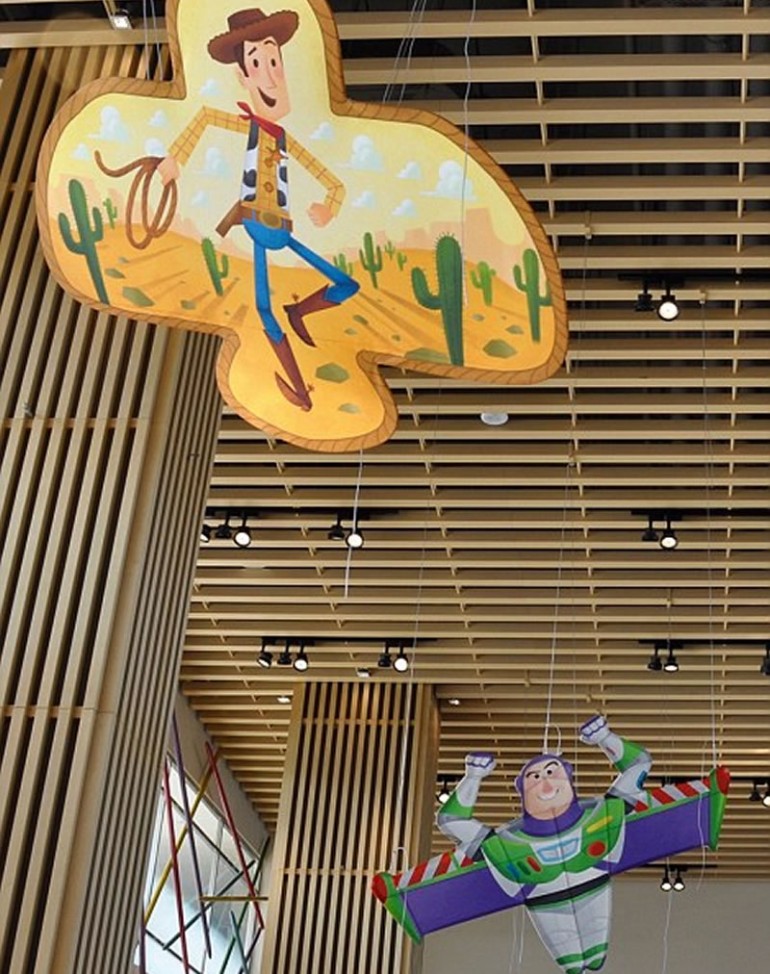 Supposedly Shanghai Disneyland will be thrice the size of its Hong Kong cousin, and with low prices the park is wooing a national and international crowd.

Tags from the story
Disney, Shanghai