Banksy, a british artist has opened a new exhibition called Dismaland in the British seaside town of Weston–super-Mare in Somerset. The park will be at this location for five weeks from August 22nd to September 27th 2015 and the official website of this park has put up a statutory warning to those who want to visit it about the uneven flooring and visuals that are not recommended for young children and could be disturbing for them. They also warn about the swearing and the colourful language used in the park. At first sight you will see three large galleries, an hand crafted miniature world and a gothic sculpture park in a tiny big top tent. There quirky rides, ironic displays, impossibly challenging fair games and sour grumpy employees who match the mood of the park.


Dismaland features 10 new works by the famous provocateur along with the contributions of 57 other artists from all around the world.

The visuals in the park are quite strange and eerie. There seems to be a strange sense of aesthetics in the park. There is a masked man sitting on the carousel making lasagna with the horse sculptures. An armour plated riot control vehicle which is equipped with sniper posts, grenade launchers has now become a children’s slide. There is a sculpture of a person seated and being attacked by seagulls. It seems quite unlike a theme park that is as colourful as it can get and as cute and child friendly as possible. This is a sharp contrast to the traditional theme park as everything here looks dull, grey and dismal.

This definitely defies our image of a park and is surely nowhere close to being the happiest place on earth. 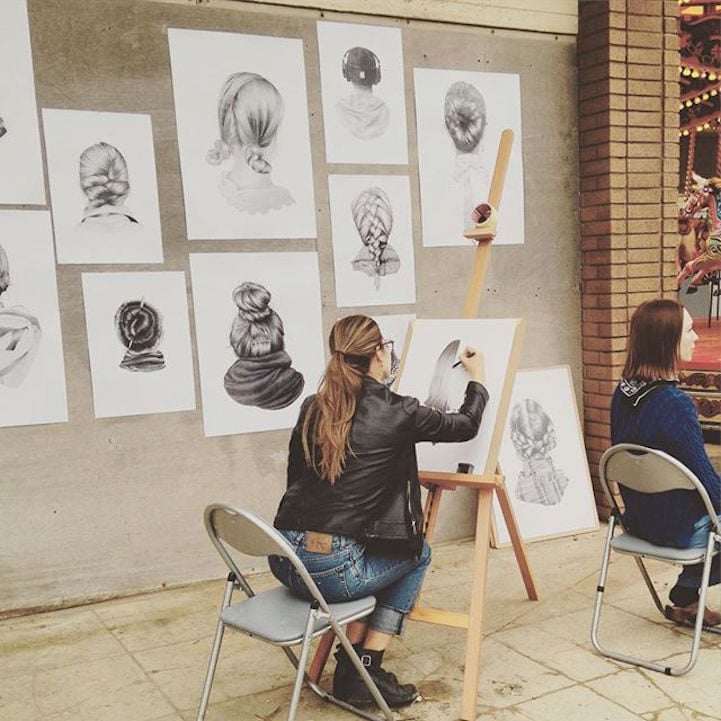 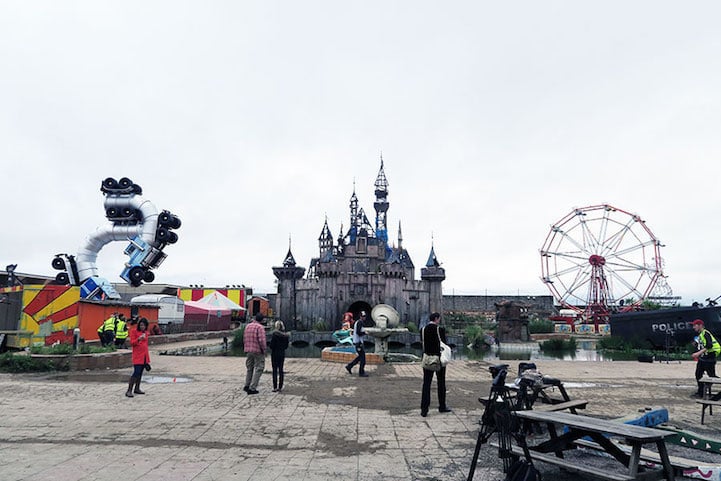