Known as the financial hub of Europe the city of London is also the birthplace of Dubstep, and the place where electronic pop sensations like Nero began their career and took Europe by storm. So whether you’re looking for a pub crawl or bar-hop, nightlife hideouts in London aren’t tough to come by. But it’s the exhilaration of London nightclubs that keeps the city in ever-active mode. Super clubs like Ministry of Sound and Fabric in touristy areas are no doubt the best places to party. But there’s more to London’s nightlife than meets the eyes. It never hurts going off the tourist trail in order to find the best London nightclubs. If you want to indulge in London party-haul from dusk to dawn, just keep reading. 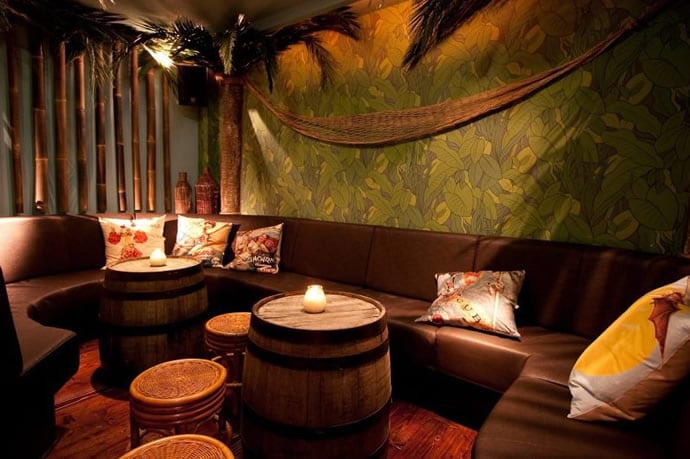 London will soon wrap itself in the snow sheet, but summers never seem to end at this drinking den. Put your dancing shoes on and prepare some hula moves as this Hawaiian themed bar really takes things up a notch. Hit the dance floor with hula girls in the costumes or sip your favourite umbrella cocktail in coconut shells in true tiki style. Kanaloa is truly an oriental delight for Londoners who’re trapped in the daily urban chores. It’s a vacation in itself! Clad with matted walls, Island plants, wooden bridge, two warriors guarding the entrance, the Polynesian flair here evokes the hula soul in you. Rum based Jungle Juice, ‘Coconut Cannonball’, and ‘Chest of Fire’ is some of the enticing concoctions that you’ll be seen with. Besides, the young 20 somethings crowd is such that you just shouldn’t pass up the chance to check it out. 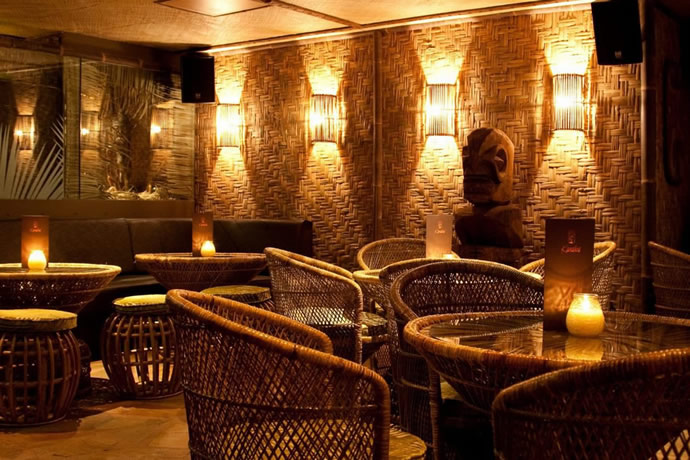 READ:  Love and matchmaking for the 1% - Here are the 5 best services and apps 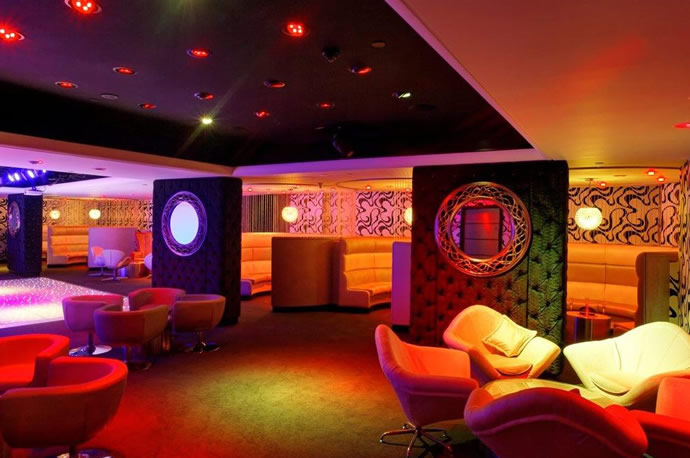 Club Ten is a swanky and ritzy club located right in the heart of London near St Paul’s Cathedral. The venue features ambient lighting effects filling the aura with vibrancy, helping set the right party mood. And the eclectic mix of funk, jazz, soul, and acoustic really adds to your experience. Along with a well-lit backdrop, guests are served delightful bar snacks like canapés and sushi. Its supreme location in the beating heart of London that too three levels below the street level makes it all the more favourite amongst London partiers. Whether you want to hire the whole venue or private booths, Club Ten is just perfect for high-profile parties. It is counted amongst top hotel bars in London with likes of Light Bar and Long Bar. 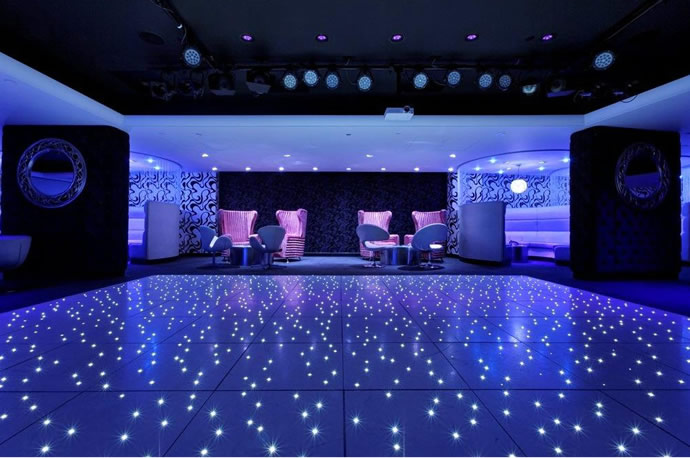 READ:  Inside - AirBnb converts a plane into a pop up hotel with private cinema, seven bathrooms and a lot more 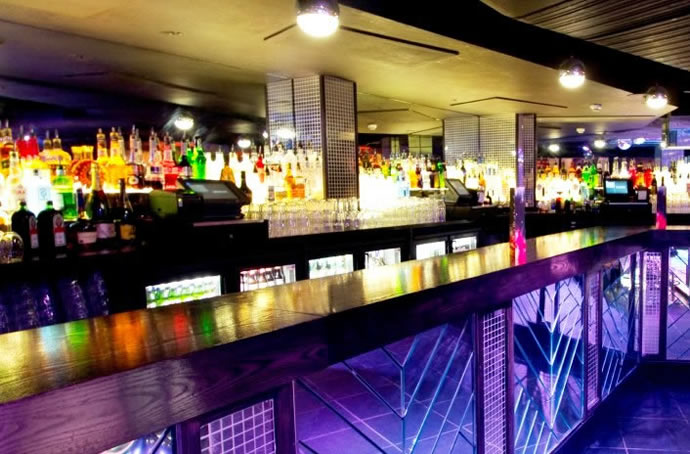 Groovy Wonderland transports your guests to a disco land back into the 70s and 80s with its amazing interior and a chic ambience. Fashioned with glimmering and rotating disco balls, flashing dance floor, and lighting effects, this is just that place where you cannot help but tap your feet on the dance floor. Tempting cocktails are served in giant fruits by not regular staff but girls dressed in retro costumes skating around on roller skates. This ritzy disco is located inside Amber bar that also houses three more bars for partiers. You’ll have the most liberating, groovier, and energetic disco experience here. 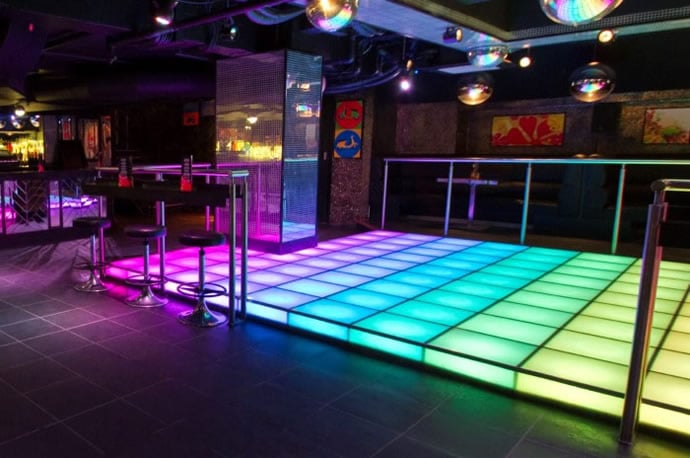 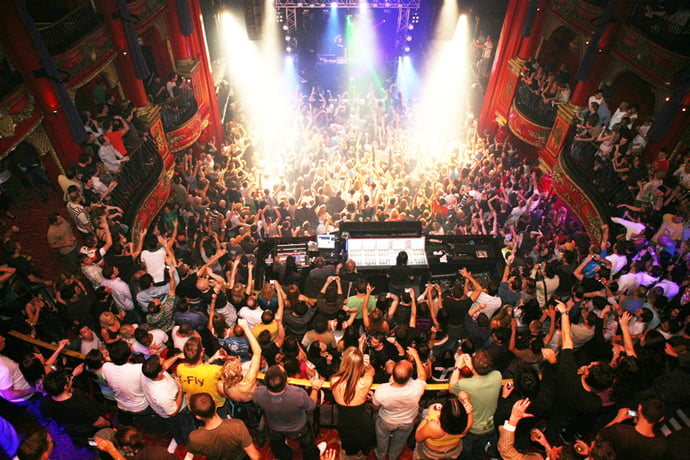 This large club is one of the most exhilarating music venues in London with space for up to 1400 people. Located inside an impressive theatre building, Koko is one of the largest and the most popular nightclubs in London. Exquisite chandeliers and a historic interior combined with modern hip beats and lighting effects, what else does a partier want? Tucked inside a Grade II listed building, many headline performers have graced the stage of Koko like Madonna, Coldplay, and Prince. So you can expect an unforgettable clubbing experience here! 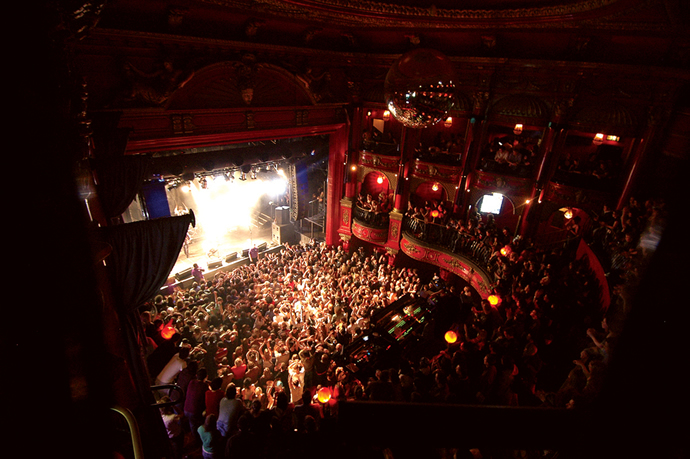 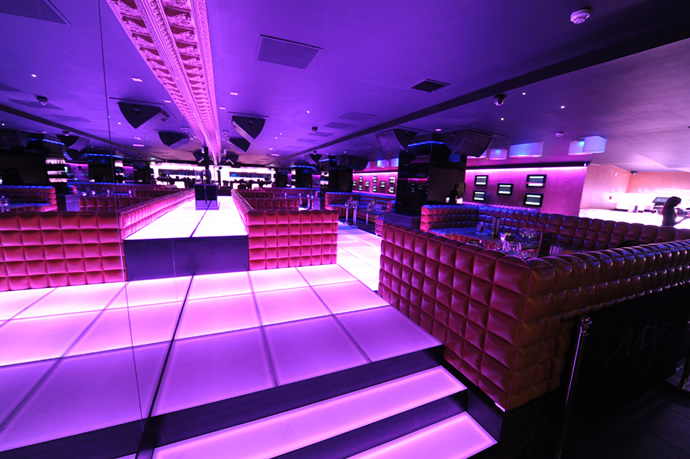 Illuminated dance floor, DJ booth, 14 plasma screens, Movida is truly the place to celebrate in style. The club has welcomed A-list celebs to mingle together, from Olympic champions to fashion designers. Some of the top celebs that have chosen Movida as their London haunt are Black Eyed Peas, Beyonce, Prince, Bruno Mars, Amber Rose, Amir Khan, Victoria Beckman, and a lot more. Mo*vida can easily seat up to 400 guests in reception style. The interior is easy on the eyes blending classical inspirations with contemporary ambience. If you’re looking to host a vibrant party in London, Movida will definitely top the list when it comes to choosing the venue.
Location: 8-9 Argyll Street,Soho, London, W1F 7TF
Nearest station: Oxford Circus (Tube)
Music: RnB, Pop, Hip Hop, Commercial 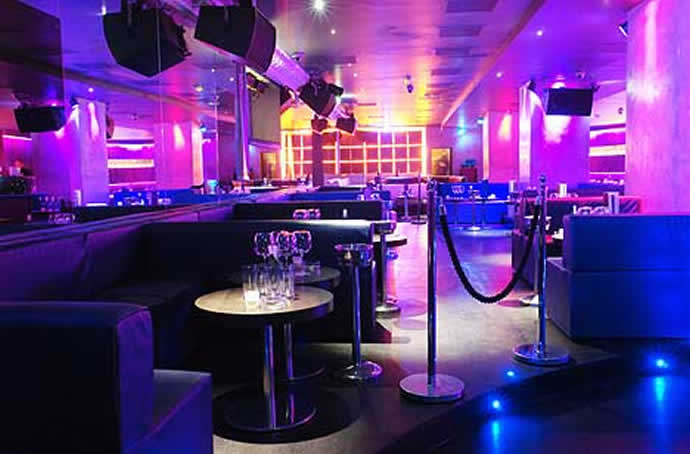 London’s club scene is as swanky as Vegas’s is. So if you’re a night owl, make sure to try one of these to spend the evening in style. And the best part is all these venues are also available for private hire.

Author’s Bio: Emily Hadden is a party animal always in search of the best nightlife options in London. She spends her leisure time sharing her party ideas on the web. She is working as an associate editor with thecitycollection.org, listing the best clubs for hire in London.

Billion-dollar bye-bye’s : Here are 5 of the most expensive divorces in…