While you’ve been hitting up your favorite island this time of the year, we’ve been doing some food-testing. This week, we’ve been rubbing shoulders with Paris’s timeless bistros and brassieres. Dining in the French capital has always reminded me of tradition paired with dollops of invention.

From the Salted-caramel macaroons at Pierre Herme to the crumbly Pain au Chocolat at Angeline Patisserie, eating in Paris is like pulling a page out of a Martha Stewart cookbook. I know I’ve almost got you drooling, but do not forget calories do count. Paris may have your regular food chains, though the city is all about its neighborhood bistros & street cafes.

We’ve combed through each of the twenty Arrondissements of the “City of Lights” to gift you a list of Paris’s finest eateries. 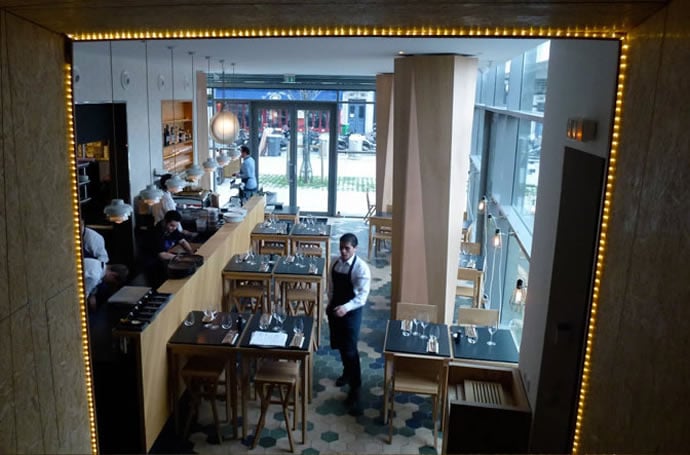 7. Coretta – Rue Cardinet
Apparently one of the most talked about bistros last fall, Coretta is one of those rare eateries offering a panoramic view of rue Cardinet and the Martin Luther King Park. Upon seating myself in this ultra-contemporary cafe, I treated myself to the asparagus, hazelnuts and ricotta pancheri – an interesting appetizer. Next up, the Pork Belly is simply divine! For dessert, I indulged in the homemade cinnamon bun. 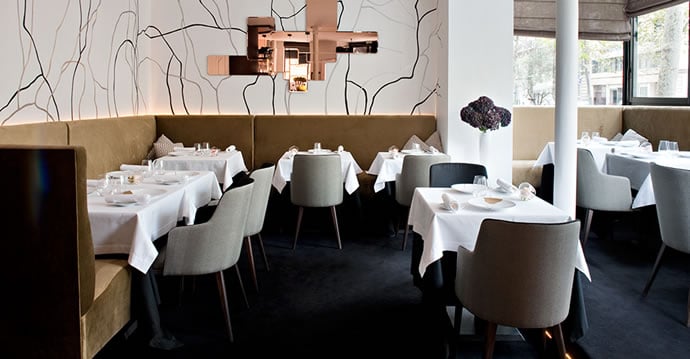 6. Il Vino D’Enrico Bernardo – Boulevard de la Tour-Maubourg
Michelin starred restaurant Il Vino D’Enrico Bernardo, owned by Enrico Bernado, found a cosy place in the Eiffel Tower District. Conceived by the owner himself, the concept of this trendy bistro has become a favorite with the locals. So usually the chef recommends wines that can be paired with your entrees or appetizers, Enrico went in reverse. Choose your favored wine and the chef presents you with food that goes with it! Talk about an unconventional approach to wine-and-dine! 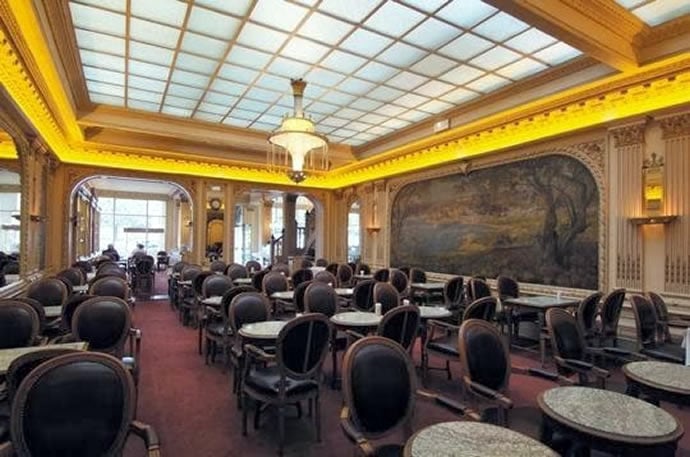 5. Angelina – Rue Rivoli
Angelina’s confectionery quite reminds me of a fashion label. With its spring and summer 2014 pastry collection being much in demand, you are definitely missing out if you do not try one of its creations. The chic bakery is located near the Louvre, although a handy tip for you – avoid weekends. The hot cocoa is pure decadence – try the specialty “African”, a velvety portion so thick you need a spoon to relish it. 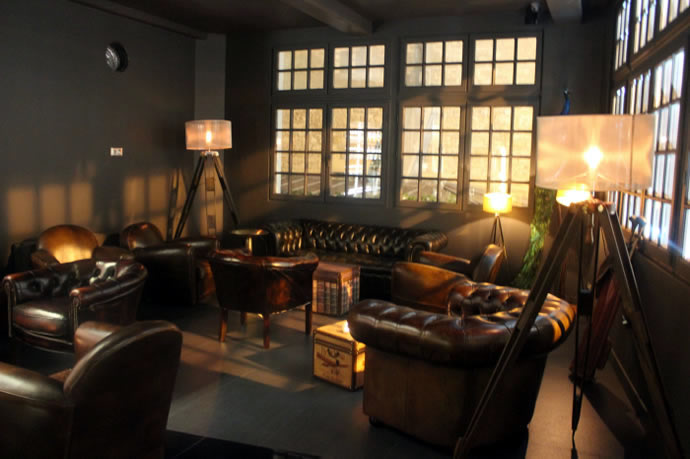 4. Le Steaking – Rue du Sabot
I never imagined the Parisians-or anyone for that matter-mastering the classic American steak, but let me reiterate, Le Steaking had me thinking twice. I recall a friend telling me that it was the best steak she had ever had. Chef Amri gives each steak a French twist and fittingly pairs it with either macaroni with foie gras or gratin potatoes with truffles. Though, this is undoubtedly a costly affair. 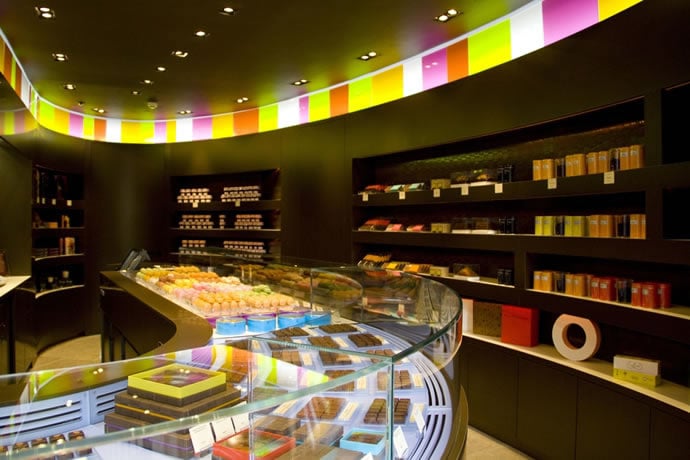 3. Pierre Herme – Avenue de l’Opéra
Where else can you indulge in white truffle hazelnut macaroons? Unless you’re absolutely blessed, you’re bound to be waiting in queue to step inside the renowned confectionery. The last thing on your mind should be plain chocolate macaroons. At €1.50 a piece, you can satiate your cravings with a fine selection of flavors including Lemon-speculoos and Praline-noisette. Positioned ideally on Avenue de l’Opéra, this is a must-try. 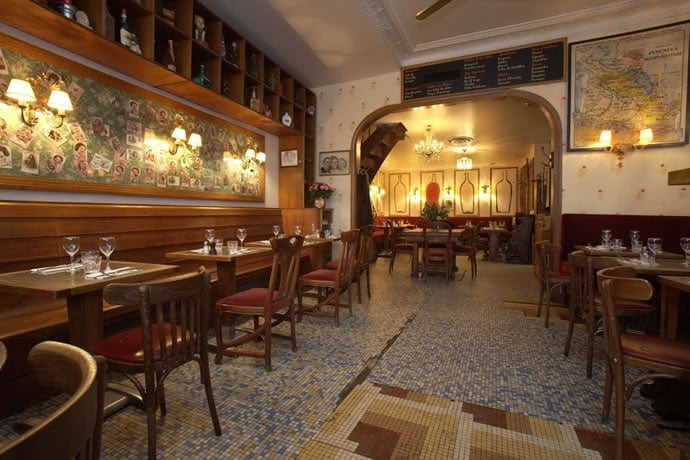 2. Vins des Pyrénées – Rue Beautreillis
I’ve been hearing about this bistro for years – and you’re sure to stumble upon it if you’re in the neighborhood of Marais. Dressed up like a quintessential Parisian bistro, Vins des Pyrénées invites a crowd of eclectic mix of hipsters and locals. The concept of food is quite straightforward – simplistic recipes inculcated with an avant-garde approach. Experiment with the croustillant d’asperges, roquette et parmesan. Although I should mention, if you’re craving fine dining and butler service, I’d go elsewhere. 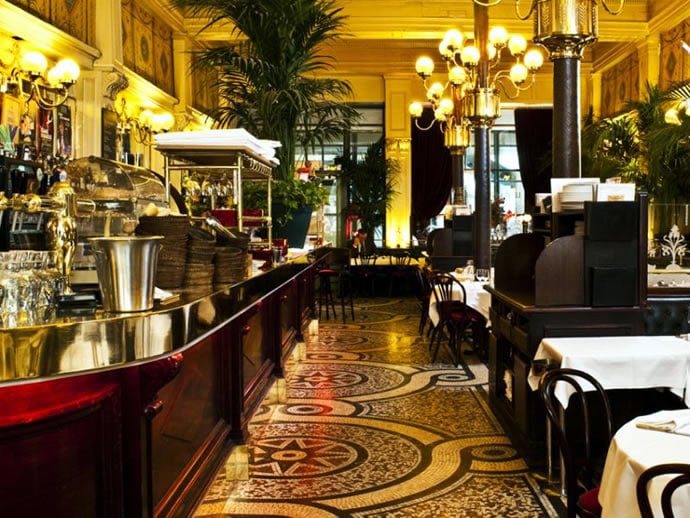 1. Le Grand Colbert – Rue Vivienne
If you’ve seen “Something’s Gotta Give” and are discovering the 1st Arrondissement, Le Grand Colbert is sure to catch your attention. This historic French brassiere offers a delectable range of desserts including profiteroles. Now a listed building, the Belle Epoque-style interior is divided into three sections by etched glass screens.

No social media and very limited Christmas decorations. For the President’s kids…

With a massive 10,000 square meter garden in it, Shenzhen’s upcoming airport…