Hmm…I’m not too sure about displaying weapons of mass destruction as a piece of art. Even if they are blinged out and showpieces of by luxury brands such as Gucci, Louis Vuitton, Hermes, and the likes. But the point is that blinged-out faux-designer weaponry was all the rage at Gallery 1988’s latest show in LA that opened this weekend. It displayed Peter Gronquist’s “The Revolution Will Be Fabulous: A Weapons of Mass Designer Show”. Not in very good taste, I think but then again, that’s just me.

For the most part there was no designer feel to most of the guns even though they had the names on the weapons. Highlights were definitely the Louis Vuitton Electric Chair in the center of the gallery and the Pacman Grenades. Attracting a fairly decent crowd for the most part, I would not have bothered going there a second time or recommend anyone to go there. Blinged out or not, if weapons are being displayed anywhere but a war museum – I do think it’s not worth showcasing. Yeah I am a hippie at heart! 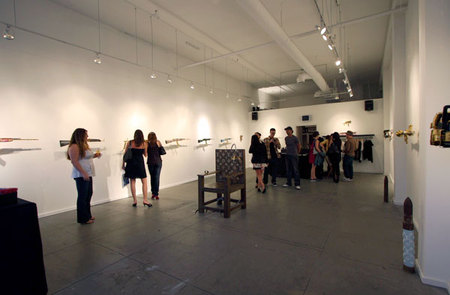 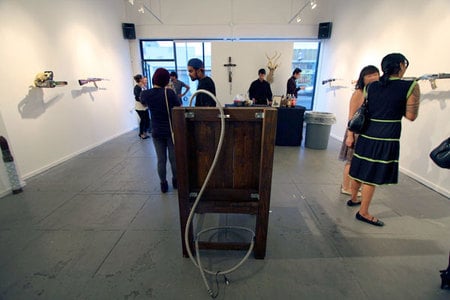 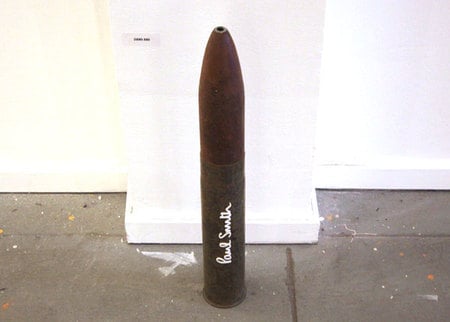 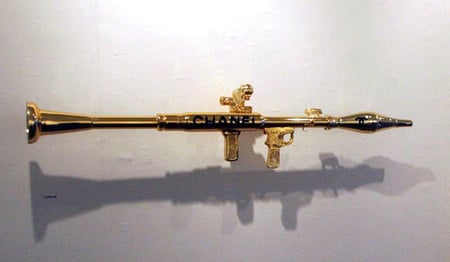 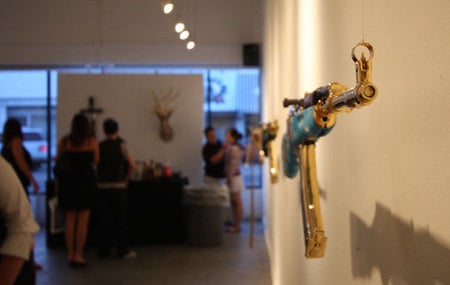 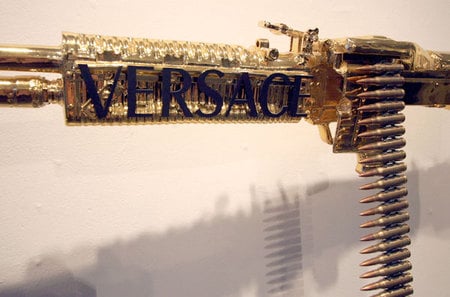 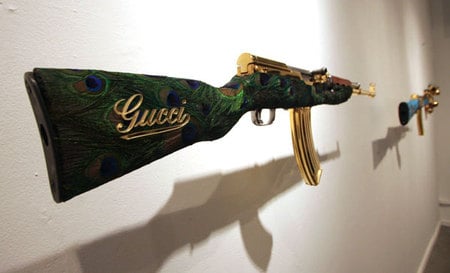 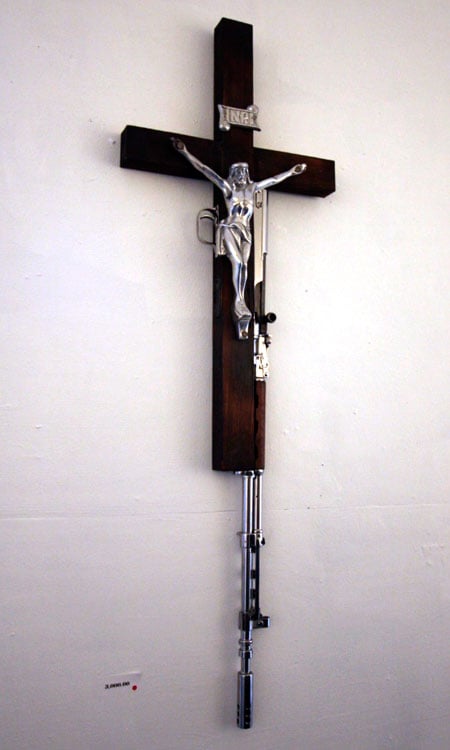