A city is only as good as its infrastructure, people, and attraction. And while London is doing great with the former two, it may be off the track on the last bit – at least as far as its newest project – the $2.8 million Marble Arch Mound is concerned. 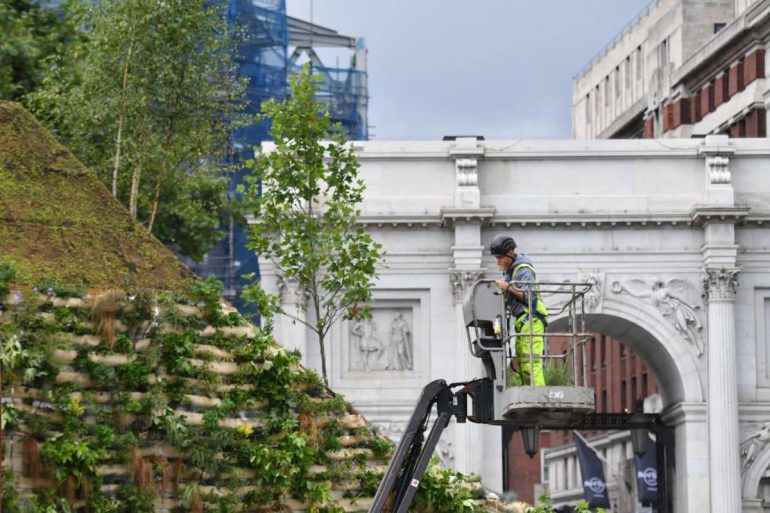 After opening on July 26, the site was quick to be branded as the UK capital’s worst site. It is designed by world-renowned Dutch architect MVRDV and built by construction firms NRP and FM Conway and was hoped to be a sylvan glade of lush grass and trees sprouting from its sides. 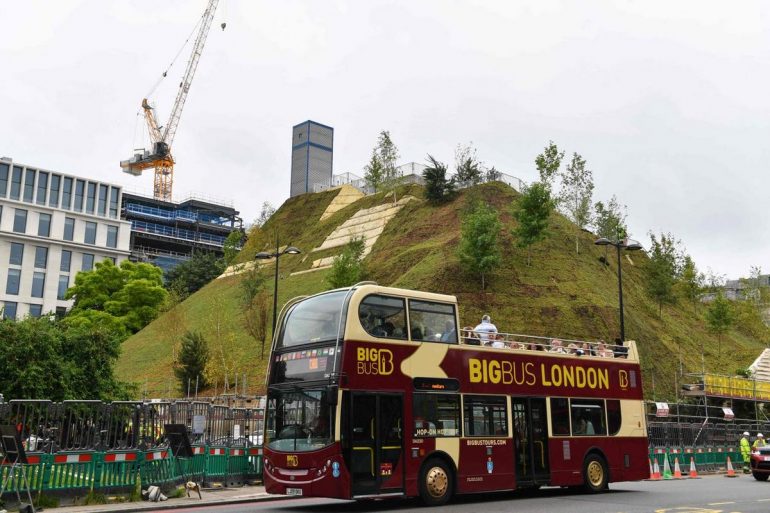 However, the Mound turned out nothing more than a heap of earth, offering views of scaffolding, crash barriers, and an empty Oxford Street. It has received heavy ridicule and has even been compared to a level from Nintendo game Super Mario 64, the Teletubbies’ home, or worse still ‘seven minutes of work on Minecraft.’ 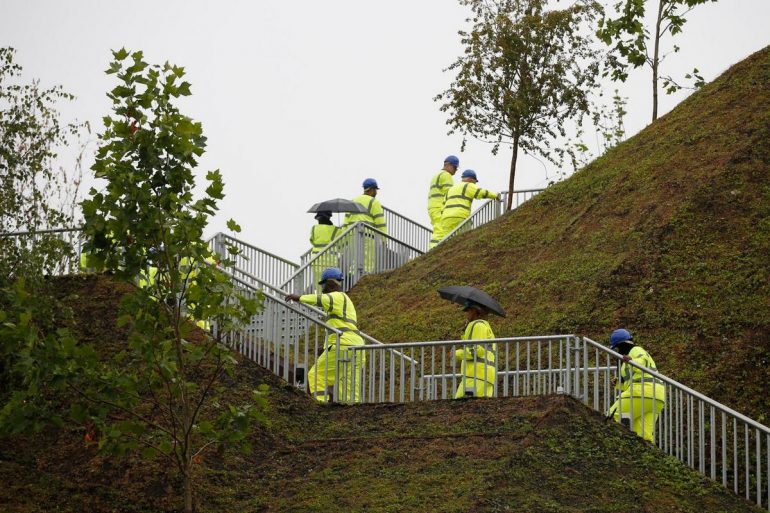 Commenting on his visit, Dan Barker tweeted: “The original plan drawings and the marketing description do not quite match reality. In fact, you can’t really see the park, as I presume it was designed in Winter, and Summer has filled the view with trees.” 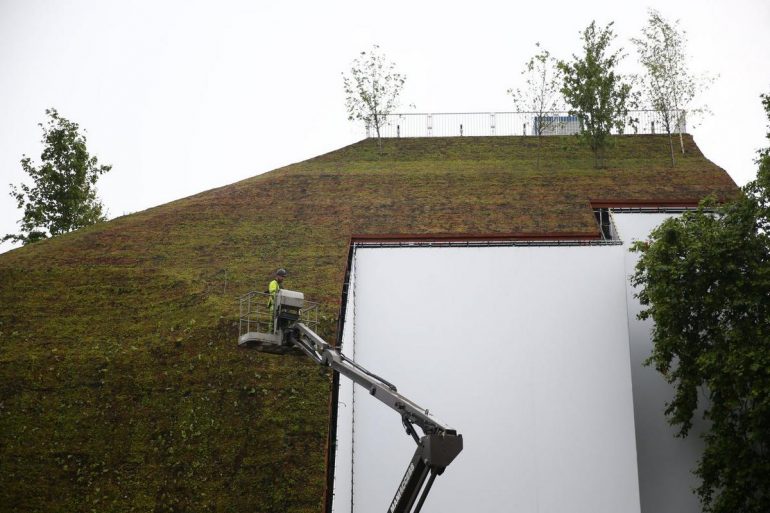 He further added, “To be fair, there is a narrow gap in the trees where you can see a bit of the park, but the foreground is somewhat less pretty. And looking east to the park, rather than south, you overlook an odd area full of rubble. I suppose that could be described as ‘striking views.'” 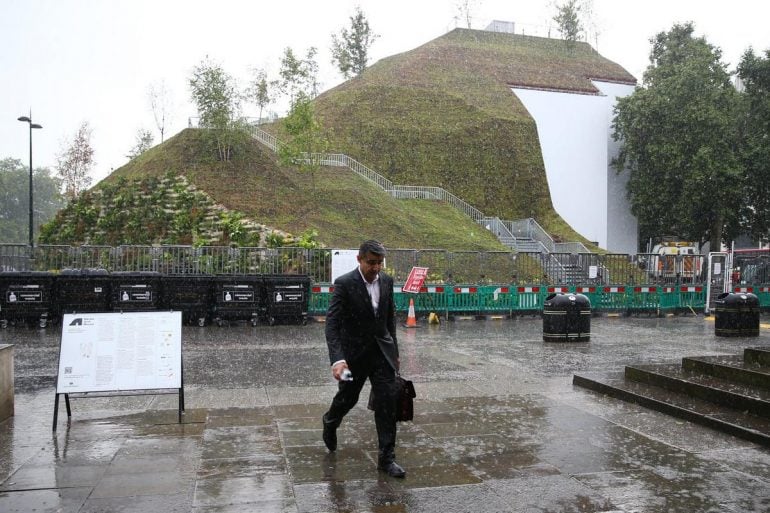 Touted to look nothing like the original plans, visitors complained that they did not see the “soaring views across central London and Hyde Park” from the lush landscape they were promised. As a mitigation though, they have been offered a refund for their tickets priced at $6.28+. 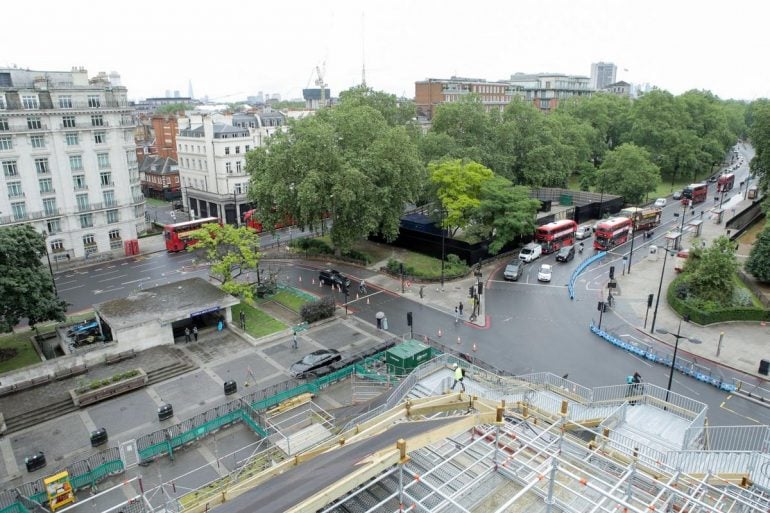 The Westminster council, which commissioned the project, has also confirmed tickets were no longer on sale for this week and can only be booked from the beginning of August. A spokesperson for the council noted, “We are aware that elements of the Marble Arch Mound are not yet ready for visitors. We are working hard to resolve this over the next few days.” 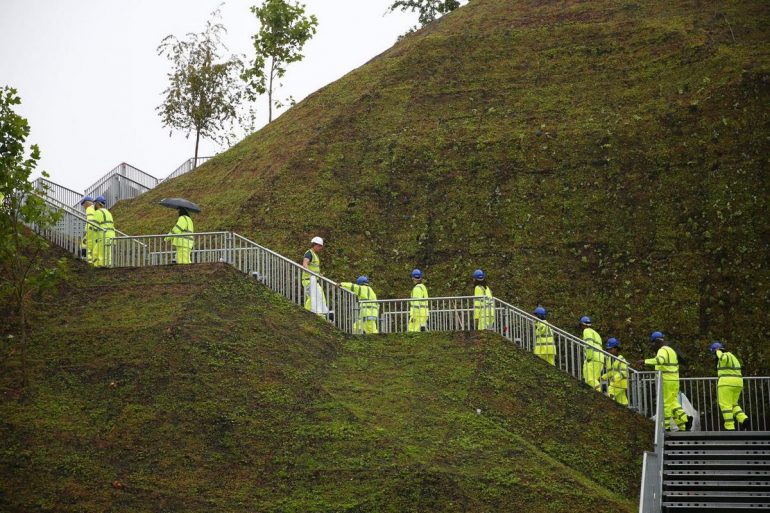 He further added, “In light of the delay, we are offering anybody who has booked a visit during the first week a return ticket free of charge so that they can enjoy the full experience and the landscape once it has had time to bed in and grow. People who visited the Mound today, and people who are booked for the rest of the week, including the weekend, will be contacted and offered a refund and a free return ticket so they can see the Mound at its best.” 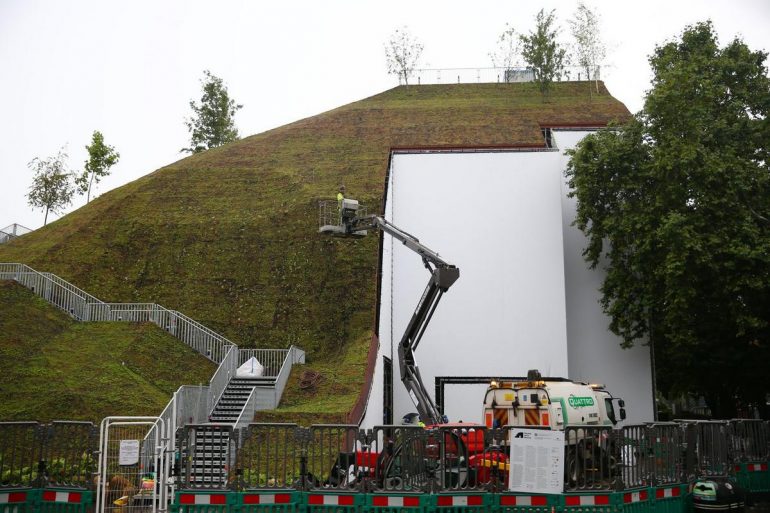 Well, we hope the development lives up to the hype in the time to come!