China’s Shandong province is the proposed site for an eco-attraction that will boast the world’s largest indoor waterfall. Called the Eden Project, this will be a tourism and education center located at the confluence of two rivers near Qingdao. Along with an artificial biological environment – or biome- the Eden project will feature a 50 m waterfall that will be close to the height of the famous Niagara Falls. 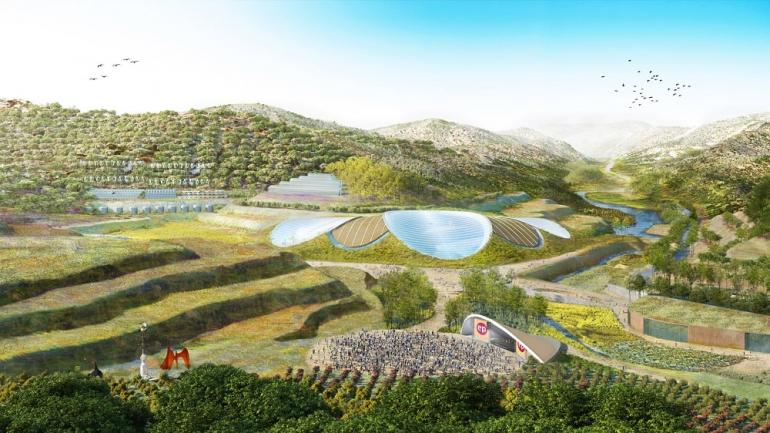 This will be the first international Eden Project, one already exists in Cornwall, England and attracts around a million visitors annually. The Qingdao facility is being designed by Grimshaw Architects; the project will receive funding from Shanghai-based developers China Jinmao Holdings.
David Harland, CEO of Eden Project International, said, “This is a huge development in the history of the Eden Project and the biggest step we have yet taken towards opening an Eden Project in China. We are very excited about the possibilities for this attraction and the city of Qingdao and are very pleased to be working with our friends and colleagues at China Jinmao Holdings.”

Eden is working on three other projects in China as well as in other regions like Australia, New Zealand, the Middle East and North America.