Japan’s ANA (All Nippon Airways) has become quite popular for customizing their aircraft for various promotions from Pokemon and Gundam to Woddy Woodpecker for Universal Studios and even Star Wars’ loveable little R2-D2droid (a Boeing 787-9 Dreamliner). And speaking of Star Wars, to commemorate the upcoming Star Wars movie – The Force Awakens – that’s due to hit tethers this December, ANA has added a few more specially customized jets to their repertoire with emblems and logos from the films. 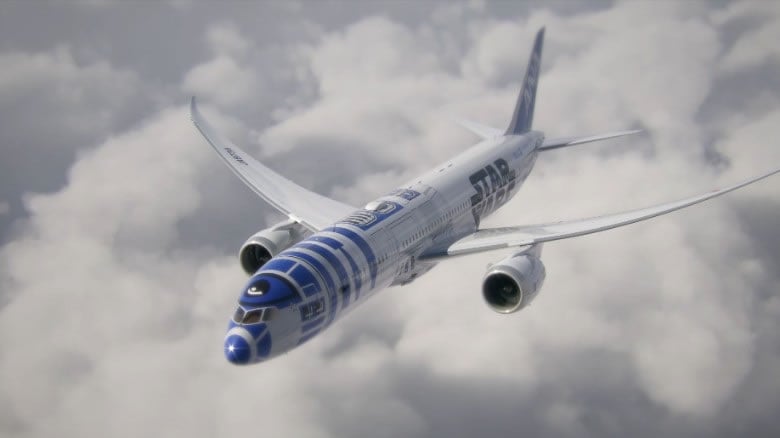 It makes a total of 3 new Star Wars themed planes for the carrier only strengthening their tie ups with Lucasfilm and Disney. The newly customized jets added to their Star Wars fleet (can you say fleet with just 3 planes?) will feature the all new Droid, BB-8, who’s been making quite an impression on fans as the new robot hero of the upcoming movies. He’s no R2 but let’s wait and see what he can do. Another R2-D2 jet has also made its debut but this time in the Boeing 767-300 class of planes. 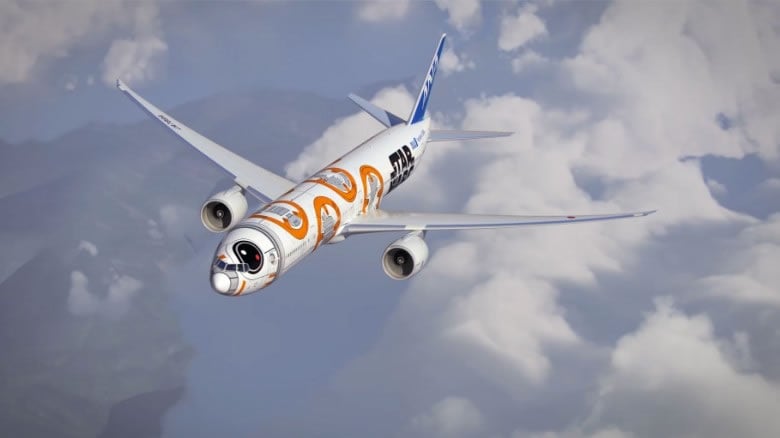 Smaller jets in the carrier’s fleet will also be announced soon as some reports seem to indicate and would feature other characters from the saga along with the famous Star Wars logo. As of November, the new jets will be flying Domestic only, but one of the planes, a Boeing 777-300ER bearing BB-8’s likeness, will begin its overseas trips between Japan and North America come March. Each of the flights will also have all six “Star Wars” films on their in-flight entertainment system on international routes; this is a first as none of the films have ever made it to an in-flight system to date. On-board headrest covers, paper napkins and cups will also have depictions of Star Wars characters as well. 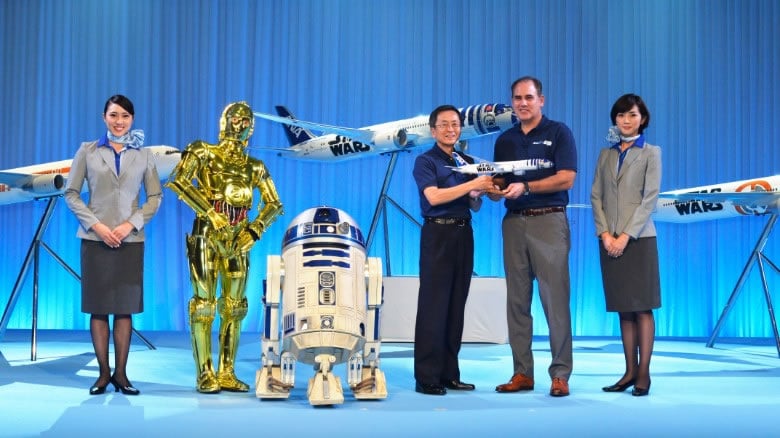 Seeing as Japan and robots go together like Peanut butter and jelly, ANA’s newly branded planes feature the two Droids is not altogether surprising. I just hope they have one planned for good old C3PO as well.