A dedicated butler, onboard showers, lie-flat beds, zero-gravity seats, mood lighting and so forth, these are the things that come to our mind when we think about flying first class. But long before double decker planes that transported you in your personal cabins there was the Concorde. The supersonic jet was the last word in flying ‘fancy’, sure it did lack the creature comforts that are offered on today’s jets. But it did something that no civilian aircraft did and that was flying at twice the speed of sound within kissing distance of the stratosphere. It could ferry passengers from New York to London in just under 3 hours, that’s half the time a Boeing 747 takes. With the pointy nose and futuristic looks, the Concorde was the best-looking aircraft of its time and perhaps till date. But, in spite of the growth in air travel, disposable income and millionaires why is it that the Concorde failed. Graham Leighton gives not one but 16 reasons. 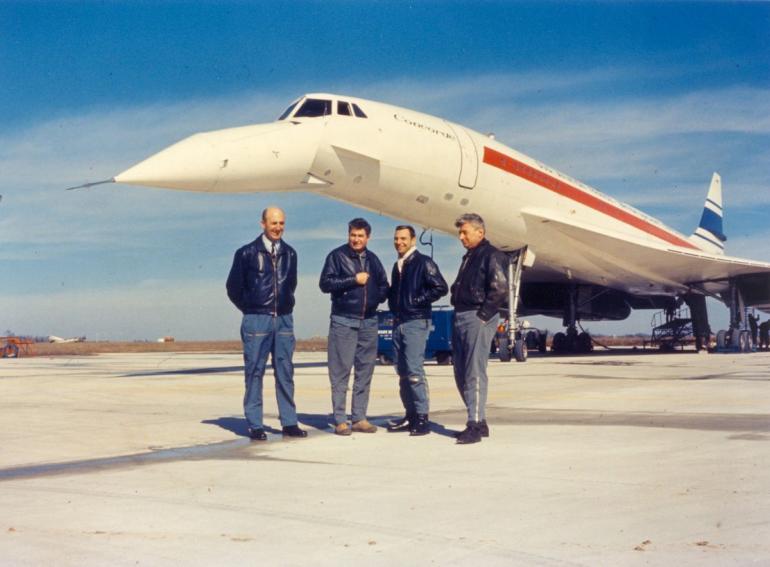 The release date of Concorde/Economical reasons:
The two of these are linked together. First off, remember when Concorde had its first commercial flight. 1976. And one of the most important embargos had taken place just three years previously. The first oil crisis.

Now, it is true that by ‘76, the crisis was over. However, many nations obviously had very bad memories of having to ration fuel, depending on other countries and so on.

Different nations addressed this in different ways. The USA redoubled efforts for oil digging in TX and AK. France with the “Plan Messmer” looked into nuclear power. No one wanted to be any more dependent on oil than they could be, particularly given the heightened cost to buy it at. 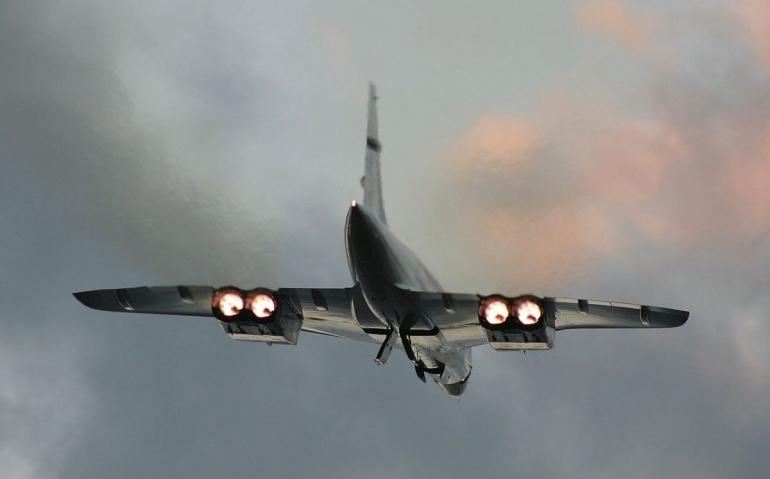 Did I mention how Concorde burned through fuel faster than Madonna gets through money in a Malawi village?

If we work out the fuel consumption on the classic London-New York route:

Concorde used roughly 25,629 litres per hour.[1] The average length of a flight was 3 1/2 hours. So in total a Concorde flight with maximum 100 people used 89,708 litres of jet fuel. Let’s compare Concorde to its long time Transatlantic rival – the iconic Boeing 747. A non-Concorde flight with a minimum of 400 passengers consumed 59,500 litres of fuel.[2] So Concorde flew far fewer people and consumed far more fuel.

Now of course, the irony is that if Concorde had been released commercially in 1969 (that was when its first flight actually was), lots of Airlines would have snapped it up. once you have such expensive planes, oil crisis or no oil crisis, you tend to hang onto them. But Concorde was too late.

This page shows a list of Airlines which had ordered Concordes, only to cancel their orders. Almost all of them come in 1973, just after the stock market crash of the previous year and in the midst of the oil crisis. 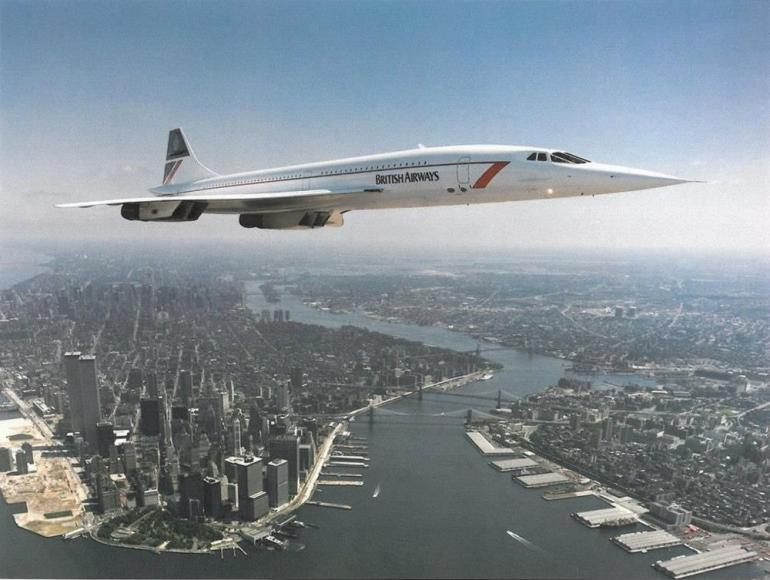 Lack of routes to fly on:
Concorde had three main problems here.

Problem 1 – it could not do super long haul. It had the range to do transatlantic but not transpacific flights. That was already a large number of possible – and indeed lucrative – routes closed off to it. Concorde therefore only flew from LHR and CDG to JFK, IAD and BGI. The only non Atlantic route was a Bahrain-Singapore route flown very briefly in the 70s by Singapore Airlines.

Problem 2 – It was not allowed to fly transcontinental in the USA. The official reason was the sonic boom could disrupt people down below. Although this is certainly true, it is also not unlikely that the Americans didn’t feel particularly hospitable to a foreign supersonic jet flying over their skies when Boeing and Lockheed between them had failed miserably to come up with a viable alternative despite generous funding from the federal government. It took multiple supreme court battles before Concorde could even fly to JFK or IAD – before that it could not even fly to the USA, only to Rio and Bahrain. 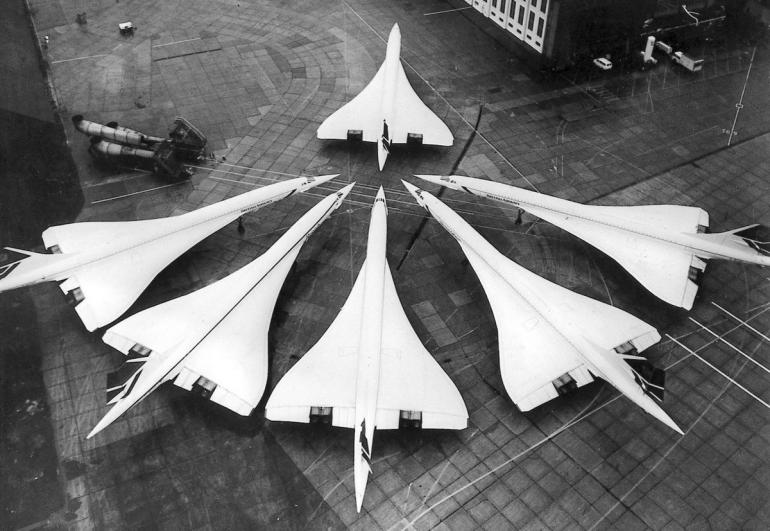 Although it is true that other European countries (W Germany, Sweden, Norway, Netherlands, Switzerland) and Canada did also ban supersonic flights over their territory, this was very unlikely to have much of an effect. This was in the days before much middle eastern airline traffic, it wasn’t worth flying Concorde on a route shorter than 3 hours, and Concorde did not, as already stated, have ultra long distance range, so no airline would have bothered operating Concorde on such flights. These bans were symbolic, the USA ban was a serious blow.

Problem 3 – As already stated, this was before the golden age of middle eastern airlines. Although nowadays Etihad, Qatar and Emirates happily throw money at a fancy plane that has multiple problems because it’s cool (see Rajan Bhavnani’s answer to Why is the Airbus A380 not being ordered anymore (after 2015)?), up to the 2000s this was simply not the case. 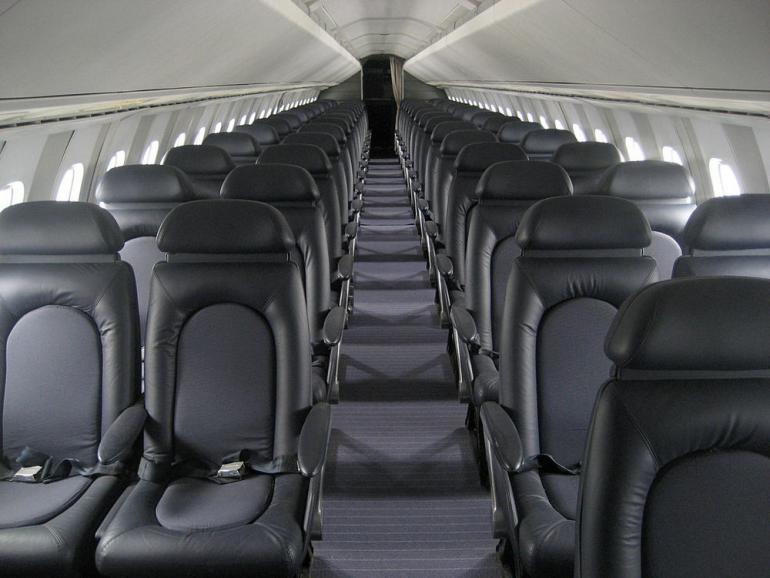 Ticket price and quality:
This is what Concorde looked like inside. Looks suspiciously like first class on a domestic US flight, doesn’t it? The seat reclined a maximum of 7 inches – dream on about flat bed seats! it was 17.76 inches wide. It was cramped. You chose your free newspapers/magazines in the lounge beforehand as there wasn’t spacing for them onboard. The food was fine, but that was it. No in flight entertainment.

Oh, and the ticket price was very high. First-class ticket pricing. A return ticket from London to New York would set you back $8000. That was on a good day. you could face up to $11000. 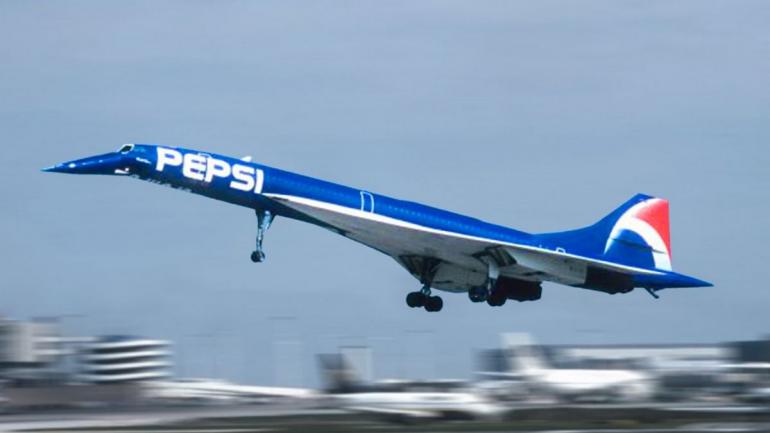 So you are paying quite literally top price to fly for half the time. the thing is, you could fly first class in another airline. British Airways, American Airlines, Delta, Lufthansa et al had seriously upped their game by now. Even from the 80s onwards, airline seats had got a lot better. First, it was cradle seats. then in the mid-90s angled flat seats. And then (ironically introduced by BA) the lie-flat seat. By the 90s but without a shadow of a doubt by 2000, Concorde’s only advantage was speed. At best it equaled other airlines in its lounge and food. The onboard experience however it could not compete with. Most people shelling out however much for a business/first-class ticket, if given the option for the same price either of far more luxury but twice the time in the air, or bare-bones experience with half the time in the air, would choose the luxury over the time.

These three were the main factors Concorde was not doing well.
Although it is true that 9/11 did cause a downturn in airline fortune, this was common across all airlines, not exclusive to Concorde.

Although it is true that Airbus stopped making parts, this was an action stemming from other reasons, not the prime reason. Both Airbus and Concorde have heavy french government links and funding. Airbus for practical purposes would not have stopped making Concorde parts voluntarily (as long as there was a market they would continue, and besides that the french government had invested heavily in Concorde). 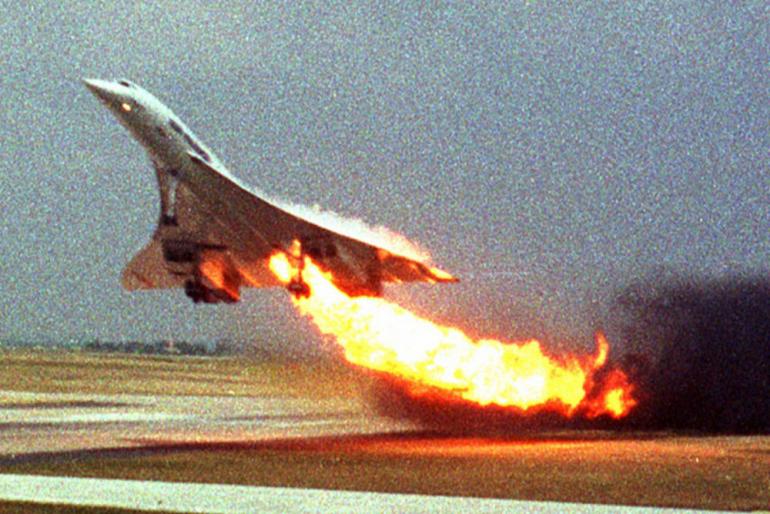 Again, the crash, although awful, was not a big reason at all. In all its flight time, Concorde had never been hijacked and had crashed all of once – this time. The problem had already been fixed in the British planes and the French identified it quickly too.

The crash was however a convenient excuse. Both governments had lukewarm feelings about continuing with it (Air France in particular due to their business model was not profiting at all form Concorde unlike BA).

In summary, what ended Concorde was ridiculous gas-guzzling, a lack of potential routes and the inability to compete with the new luxury air travel other airlines offered.