A cinema hall with bold colors, dark aesthetics, and eclectic forms. Sounds like a dream? Well, bringing it to reality is this Vietnamese movie hall that looks like it is straight out of a Wes Anderson movie. Yes, that’s right! 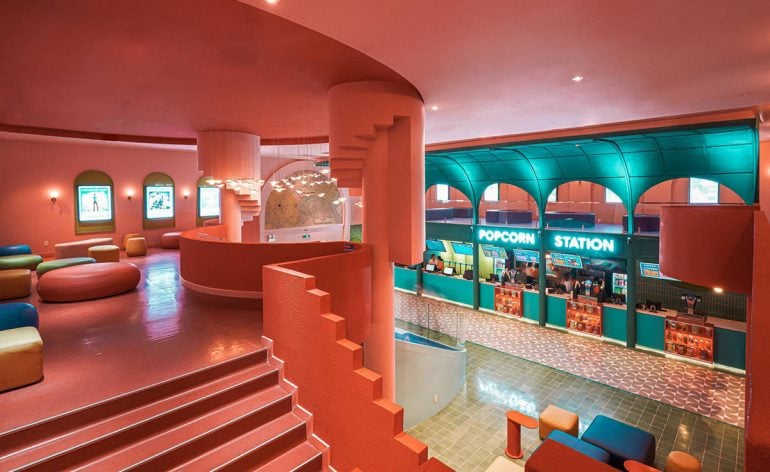 Conceptualized by Module K, its playful aesthetic is defined as a contemporary version of classic vernacular themes. Occupying 2,000 square meters on the ground floor of an existing shopping Centre at 645 Quang Trung in the Go Vap district of HCMC, the seven-theatre, 1,000-seat complex opened earlier this year. 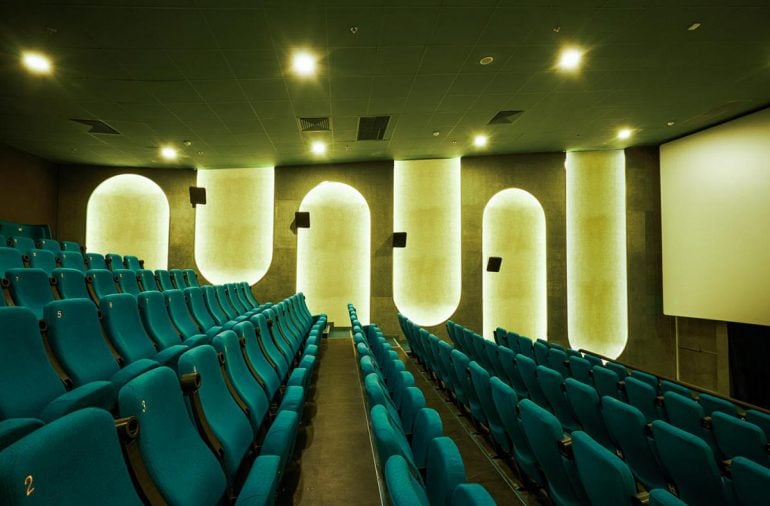 The cinema hall is inspired by the vintage glamour of Art Deco architecture and is designed to celebrate the beauty of old Saigon. Its color palette boasts of flamingo pink, sea green, and bright orange combined with geometric detailing that is unique at best. 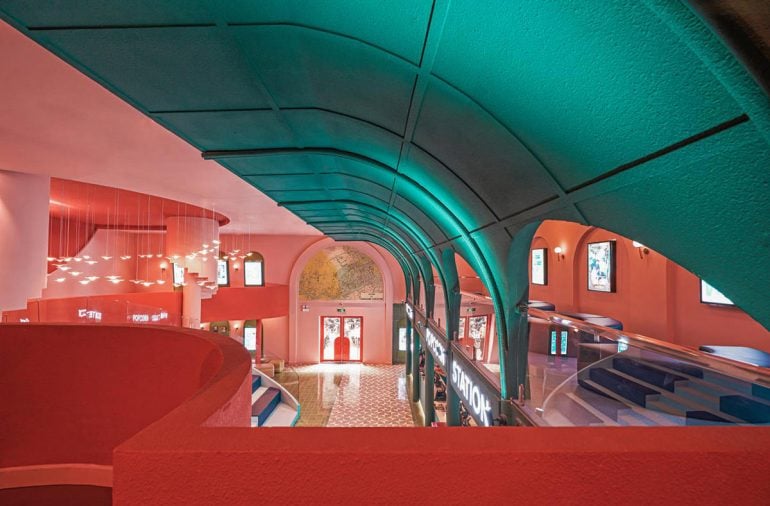 Commenting on it, Jade Nguyen, director of Module K, in a statement, said, “We captured the iconic features of Saigon and transformed them by stripping details, condensing the basic lines, and turning them into geometric shapes.” 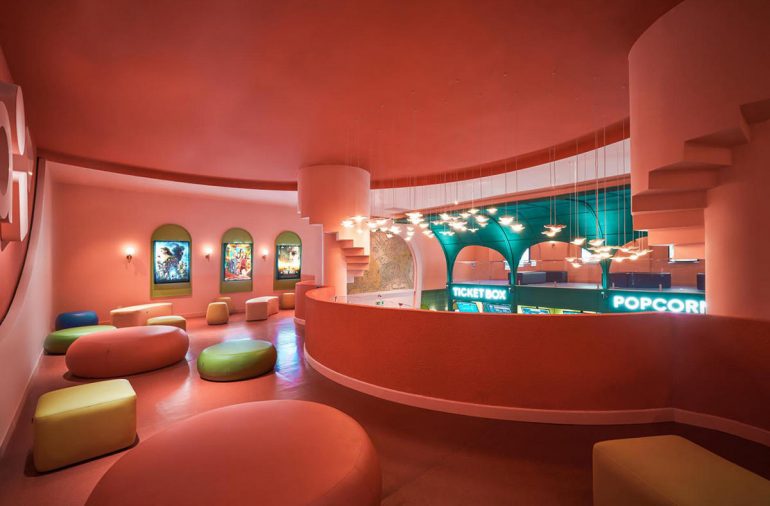 She further added, “We applied a technique of solid color treatment, as used in graphic design and cartoons, to bring a unifying element” while adding, “We wanted to create an “instagrammable” moment, a buzz, a wow feeling for Gen Z to tell friends to come and check out the design and remember the name.” 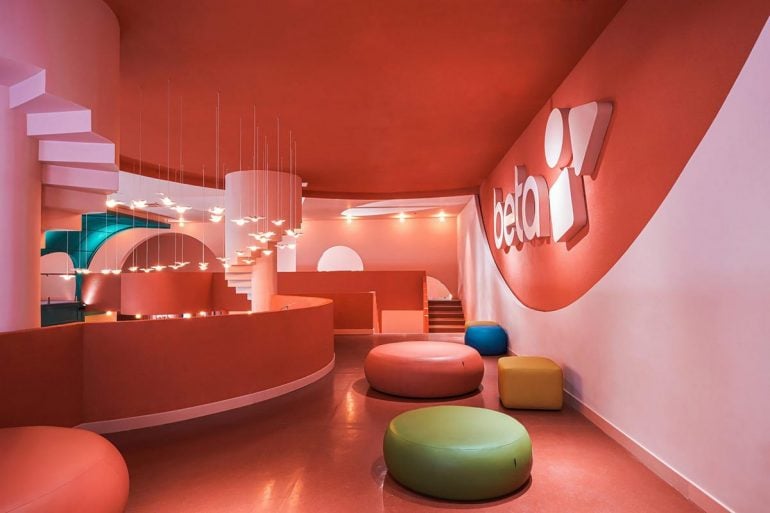 The design, as evident, pays homage to the 19th-century city of Marie-Alfred Foulhoux, the beaux-arts-trained chief architect of French-occupied Saigon with a modern twist. The main entrance features alternating geometric shapes and a strong, simple impact, while the vast central hall and sitting area house a dome in Indochine green, recalling the colonial Central Post Office with its towering vaulted ceiling. 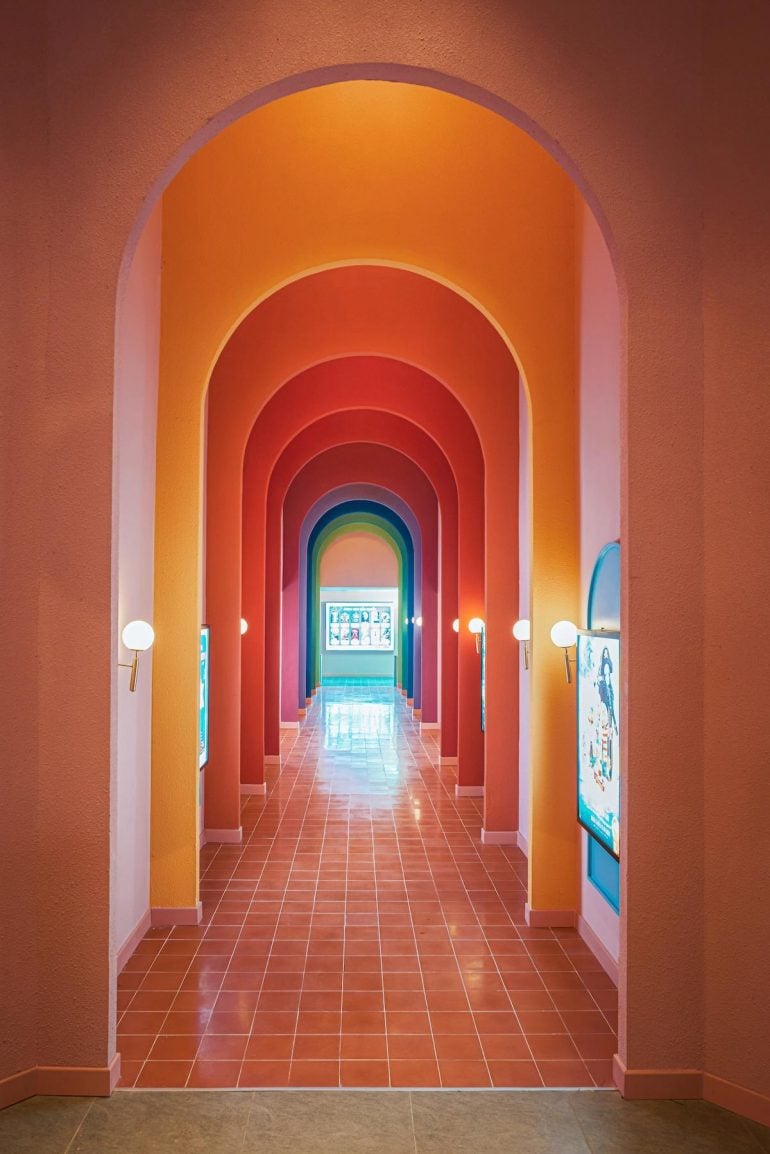 Other décor highlights include a flock of pigeons in flight, aqua green ticketing booths, Asymmetrical arch pillars that are a reference to the Gothic style of Tan Dinh Church, and Passages, staircases, and niches with strong geometric volumes. 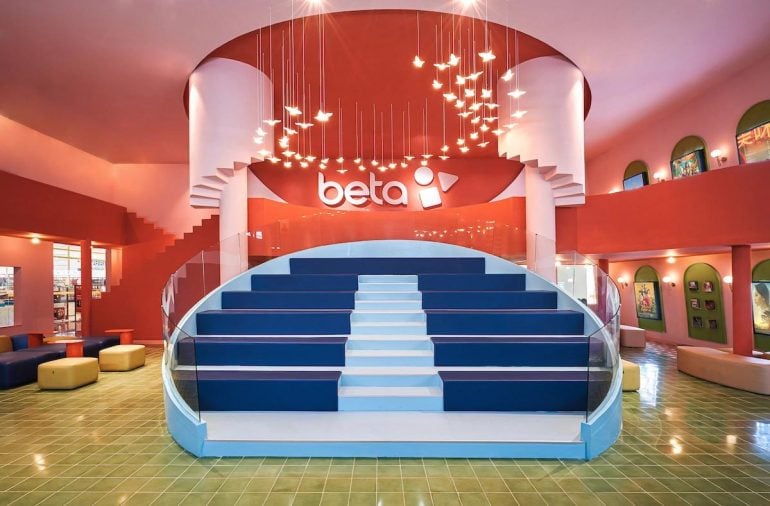 Recalling the brief, the firm noted, “The client wanted to convey a message of pride in Saigon landmarks, but not with the usual Indochine style. And we wanted to move away from the typical cinema design – dark and moody – so we tried to create a funky and welcoming space with locations for connecting, eating, drinking pre and post-film showings.” 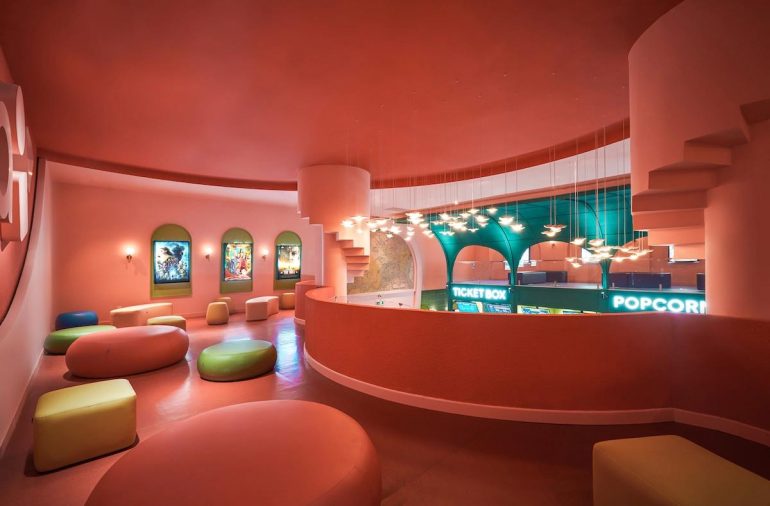 Remarking on this, Mr. Minh Bui, CEO of Beta Group, said: “Module K’s strong design response and their passion made a big impact and matched our own.” Well, if you ever happen to be in Ho Chi Minh City, you know where to head!

Tags from the story
Movie, Vietnam