Designer duo Domenico Dolce and Stafano Gabbana have spread their Italian festive magic in London’s Claridge’s hotel by designing the Christmas tree for the second time in a row. Inspired by the designer’s childhood memories, the elaborate 8-meter high foliage transforms the iconic Mayfair hotel’s Art Deco lobby into magical enchanted forest. Back in October, Claridge’s released sketches of this year’s Christmas tree to build anticipation. 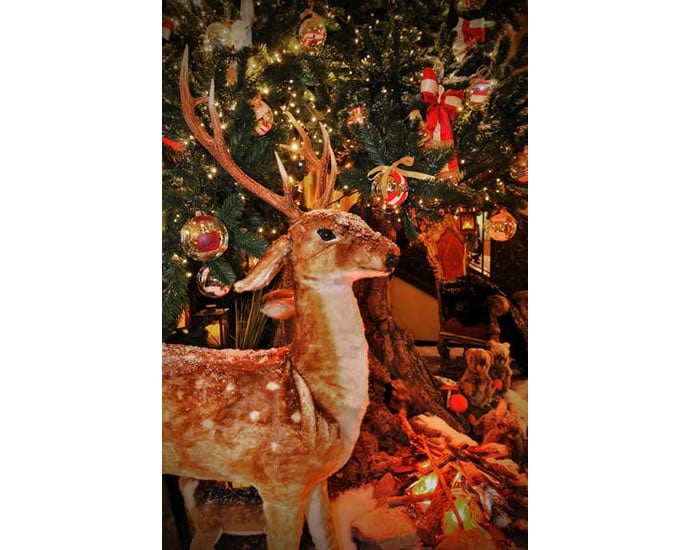 The theme of this year’s Christmas tree is traditional, unlike last year when the Christmas tree incorporated elements of the designer’s Sicilian heritage. The tree is adorned with over 300 glass baubles blown by master artisans from Bellagio. Each is hand painted with international flags representing the many festive traditions from all over the world. At the base of the tree is a royal throne with a crown and a beautifully hand-made coat owned by a Norman King, carefully draped to symbolize the Norman’s conquest of Southern Italy in Sicily 1061.

The tree is lit with 9,000 lights that will put our tinsel and fairy lights efforts to shame. Animated animals, such as deer, rabbits and squirrels are gathered to shelter in the safety of the tree and the warmth of the fire. It is dusted with fairy dust to mimic freshly fallen snow. Around 10 people from the Dolce & Gabbana’s visual merchandising team spent eight hours to build and decorate the tree.

Tags from the story
Dolce-and-Gabbana