St Helens Borough Council ordered Spanish sculptor Jaume Plensa to create a sculpture to rival Gateshead’s Angel of the North. This rivalry is said to have cost taxpayers a whopping £2million ($2.9million), which is the estimated cost of the 60ft tall sculpture named ‘Dream.’ The sculpture, an elongated face of a woman, was erected on the site of a former slag heap alongside the M62 motorway in Merseyside and is finally complete. Dream, which was constructed like a puzzle using 90 pieces of pre-cast concrete mixed with marble, is all set to be unveiled next month.

Each piece has been painstakingly winched into place at a rate of two a day. The head, whose eyes are closed in a dream-like state, was created in response to the memories of a group of local ex-miners from the former Sutton Manor Colliery as part of Channel 4’s The Big Art Project. The dream is proposed as a gateway feature for Merseyside and Greater Manchester and a symbol of the regeneration of St Helens. A great idea, but in this time of recession, the heavy price tag for construction has caused quite a controversy.
But the council defends its decision and is sure this investment is totally worth it and is sure this landmark will provide a sense of welcome and arrival for the region as a whole for generations to come. 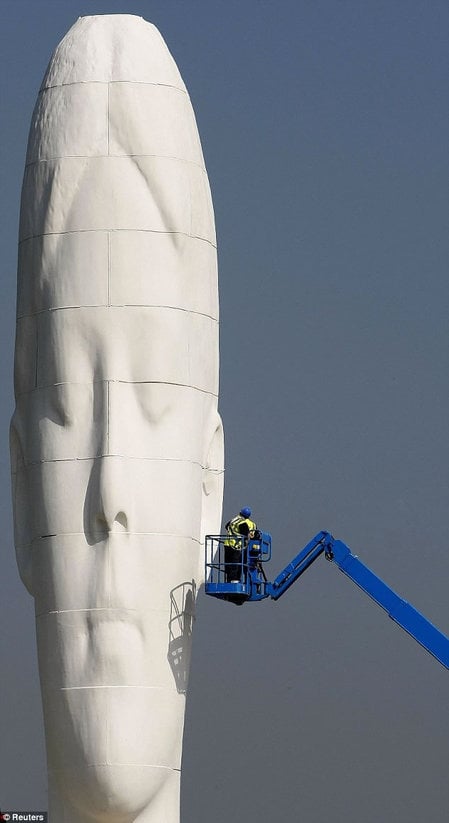 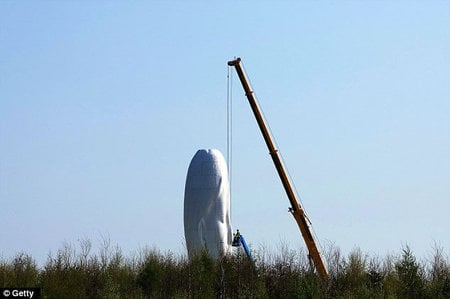 Tags from the story
Sculpture, UK