What has Dubai got that the rest of the world doesn’t? Well, a lot of things but let’s just focus on the five most outstanding creations that seem godlier than anything else. The World, Palm Island, Sports City, Hydropolis, Dubai land, these are creations that will leave you spell-bound and you may even skip a heartbeat or to and it would be abnormal to react in any other way. Here is some dope on the 5 future wonders of Dubai and maybe some of them qualify as one of the wonders of the world too. In descending order, position no.5 is taken by The World. The World is a set of reclaimed islands in the shape of the continents of the world and the good thing is that it is almost 90% complete apart from being a favorite of the elite and famous like Richard Branson, Vijay Singh, Michael Schumacher, and David Beckham. Standing fourth and beautiful is the Palm Island. Built on reclaimed land, the Palm Jumeirah is shaped like a palm tree consisting of a trunk with 17 fronds and I don’t need to tall you how many million fans especially after having a look at the picture. The resort will feature a monorail that will transport the 2,000 – 3,000 people on and off the resort every hour! The fan following only seems to be increasing. If Dubai is beautiful, hospitable, and well-structured it is also sporty and how! The sports city is the third future wonder of Dubai and people all over the world are in anticipation of its completion as much as the people residing in Dubai. It will be used to host the 2016 Summer Olympics. It will feature a 60,000 seat outdoor stadium, a 25,000 seat cricket ground, a 10,000 seat indoor arena, a 5,000 seat hockey stadium, and a golf course. This is just amazing and deserves the number 2 slot. The Hydropolis as the name suggests is an underwater hotel that will be totally constructed in Germany! It will contain 220 suites all with panoramic views of the seabed and all for just $500 a night. Dubai certainly knows what value for money is all about! 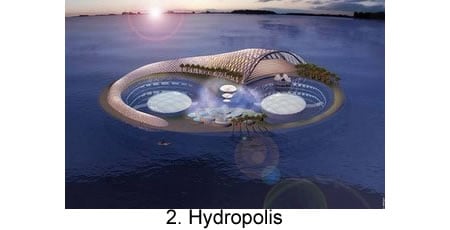 The Dubailand deservingly takes the cake and everything else with it for not just being the size of Walt Disney World Resort in Florida, which catapults it to the number 1 position but also for being built in 4 phases, each of which will last for 5 years. The first phase of development, from 2005 to 2010, will include the development of initial roads and infrastructure. This will follow with the leisure and entertainment side until its completed in 2020. if this is Dubai’s present I wonder where it will reach in the next 50 years? Probably a highway connecting Dubai to all the other 8 planets of our universe! I won’t be surprised! 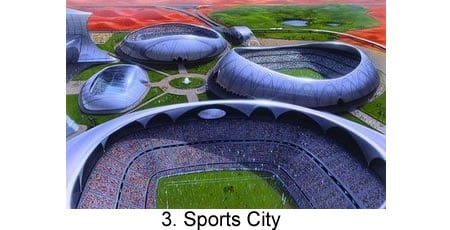 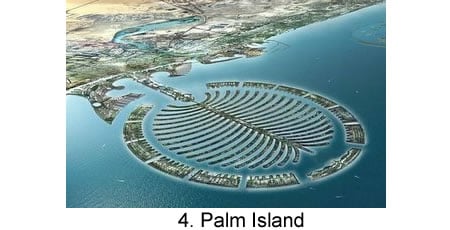