A few days back, Qatar Airways and Etihad Airways announced their electronics loaner programs for its business and first class passengers to work around the ridiculous ban introduced by the US on electronic devices larger than a cellphone from being carried on to the flights of nine Middle Eastern airlines. Now, Emirates has become the latest of the major Middle East carriers to offer a similar service to its premium cabin customers. Emirates is offering Microsoft Surface tablets loaded with Microsoft Office on all nonstop flights from Dubai to the United States. 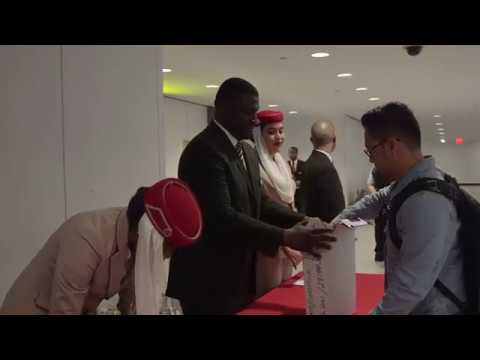 The Dubai-based airline says customers can bring a USB stick with them on board and plug into the loaner tablets. Emirates had already introduced a device handling service for premium and economy classes that enabled passengers to use their devices until just before boarding. Unfortunately, the economy class passengers won’t be able to use the service and the loaner tablets will only be available for those traveling in first and business class. The US ban on electronic devices was announced on March 25. It applies on direct flights to the United States from 10 airports in the Middle East, North Africa and Turkey, including the UAE and Qatar.