Commercial space travel seems to be catching on quicker than ever as Sir Richard Branson’s Virgin Galactic and STAR Team’s Hermes spacecraft spark-off inter-galactic vacation dreams. And as if those weren’t enough, yet another enterprising company called Excalibur Almaz located on the Isle of Man has jumped on board, offering space tourism! As per plans, the first trip will take place by 2015 and will use a converted Soviet-era space station with tickets priced at about £100 million per person ($156 million).

READ:  From the first space selfie to the dark side of the moon - Christie's to auction 2,400 vintage NASA photographs

Excalibur Almaz Limited (EA) has acquired two soviet space stations with a private space program underway and with thrusters attached for long-distance cruises with four re-entry capsules or re-usable return vehicles (RRVs) that will carry three people at a time. 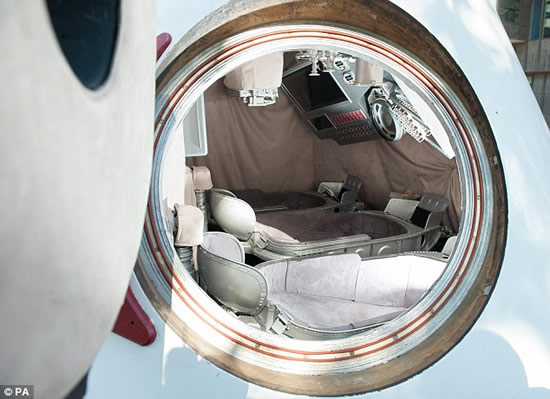 The package also includes all the training and survival tips you’d need to travel to outer space, making this grand plan sound more than just a pipe dream.
[Excaliburalmaz and Dailymail]