Ferrari World Abu Dhabi is all set to introduce its newest high-octane attraction. Called Mission Ferrari, it’s being touted as the world’s most immersive mega-coaster that will offer an unmatched high-intensity and multisensory 5D rollercoaster experience by combining special effects with stunning sets. The latest addition to the theme park is also claimed to have the world’s first sideways coaster drop, making it truly unique and special. Deana Taylor, General Manager at Ferrari World Abu Dhabi, said: “We are very excited to unveil Mission Ferrari to the world. Fans are in for a truly memorable experience with a combination of immersive ride media and an exhilarating rollercoaster track that is unlike anything else in the region. Twelve years strong, Ferrari World Abu Dhabi is still dedicated to elevating the guest experience by introducing new rides and attractions. We can’t wait for our guests to try it and create unforgettable memories at our Ferrari-inspired park.”

Ferrari World is located on Yas Island in Abu Dhabi, United Arab Emirates, and is surrounded by several other top-tier attractions including Yas Waterworld, Warner Bros World Abu Dhabi, and Clymb Abu Dhabi. It officially opened in 2010 and became the world’s first Ferrari-themed amusement park. The theme park is home to multiple record-breaking rides, including the famous Formula Rossa which holds the record for the world’s fastest roller coaster with a maximum speed of 240km/h. 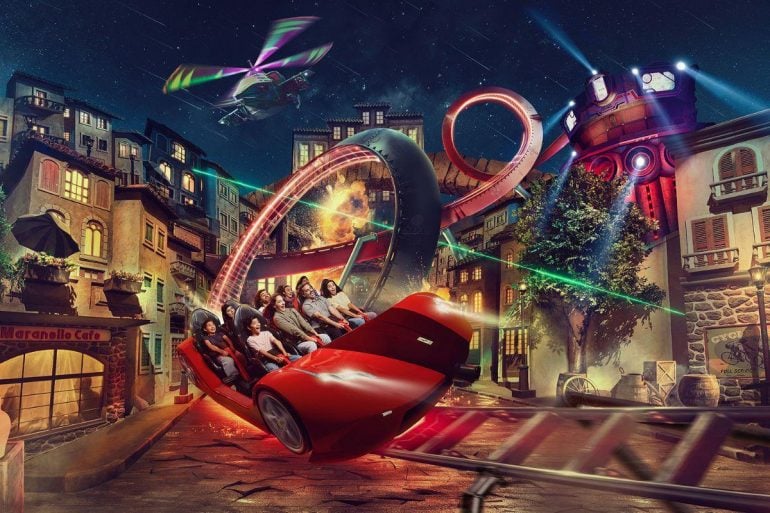 The Mission Ferrari mega-coaster will be launched on January 12; however, annual pass holders to Ferrari World Abu Dhabi will get exclusive early access to the attraction, starting January 5.