British Airways marks its 40th anniversary this year. The airline, which charts its history back to 1919, became British Airways in April 1974 following the merger of BOAC and BEA. From cabin crew uniform, to gourmet meal, to the in-flight entertainment, the airlines premium offerings have changed significantly.

While in 1974, two queues were formed for guests to check in at the airport, they were handed cardboard boarding pass and had to wait endlessly to pass through the security. Now the guests can check in online, print their own boarding pass or even save it onto their smartphone. Premium passengers also have access to fast-track security.

In-flight entertainment nowadays is free. Thank God for that! But it hasn’t always been like that. In 1974, films were watched on a pull-down screen with stethoscope like headphones available for rent at £2. Air travel via British Airways is also more affordable than it was forty years ago. For the cheapest round trip between Heathrow and New York you now pay £430 as compared to £1,800 in 1974.

Interestingly, way back then British Airways offered its guests a complementary Benson & Hedges cigarette after take-off while now it is forbidden and punishable. Through the iconic photographs, Luxurylaunches looks back at British Airways remarkable four decades when they began their journey with Boeing 747 to the present day world’s biggest aircraft, the A380. British Airways today has around 280 jets flying to almost 180 destinations.

READ:  Pickering's Gin teams up with British Airways to create a gin which retains its taste even at 30,000 feet

1960 – 1969
In a first of its kind, British Airways launched its sovereign first-class service on board Trident aircraft with air-conditioning system. 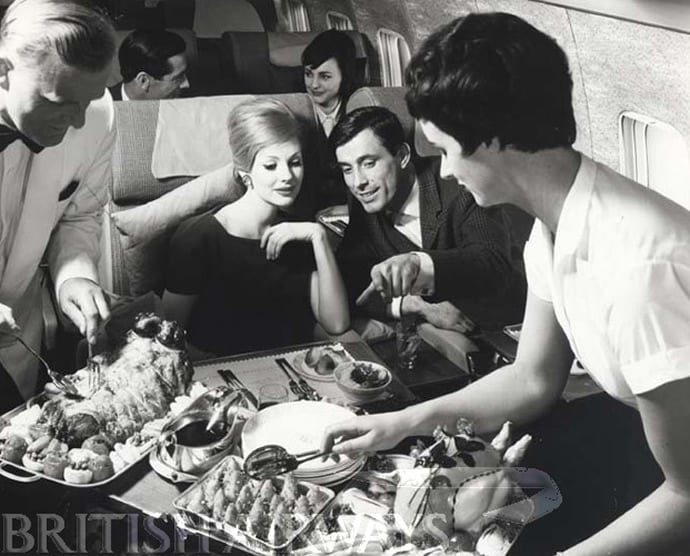 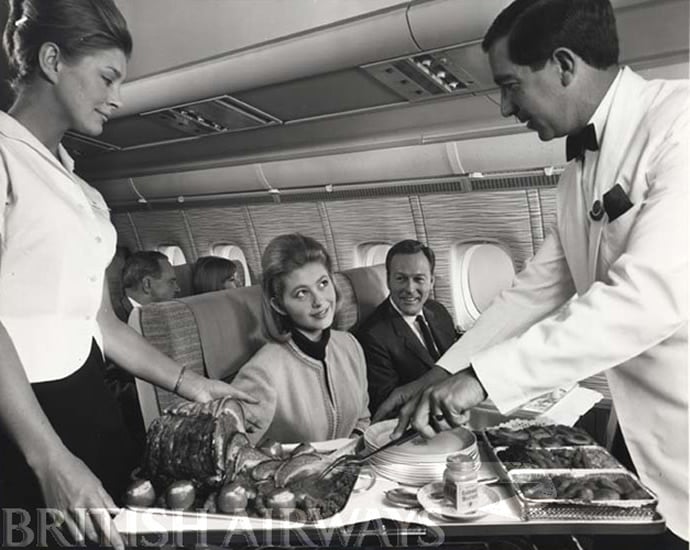 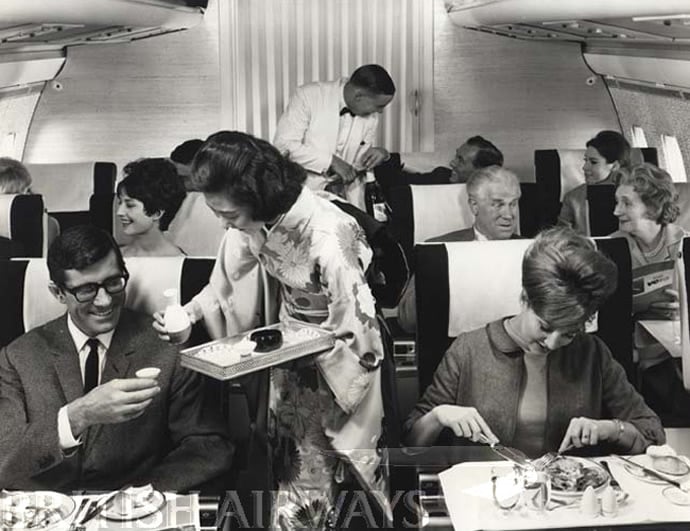 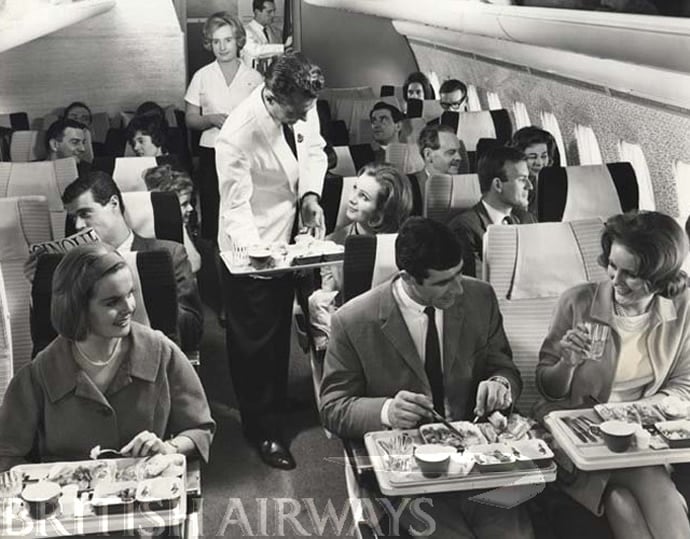 Guests offered meal in the Economy Class of VC-10 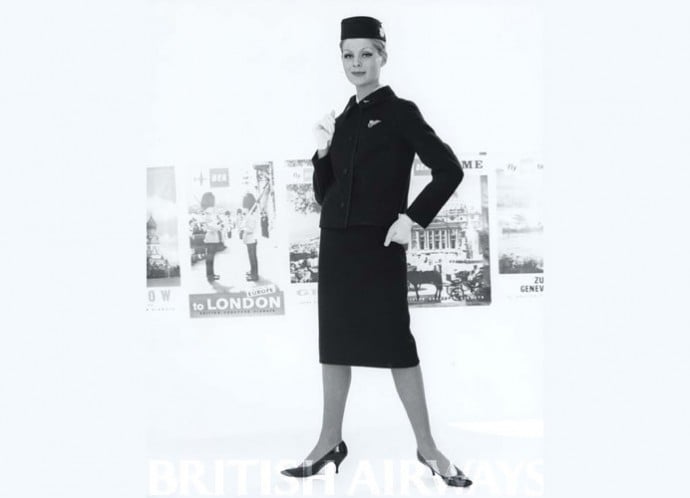