Global warming can have disastrous effects on our planet and almost every news channel on TV seems to be propagating that. However, it looks like us humans are still unable to see the meaning in it all. Here to drive across the very same point through art is revered Italian artist – Lorenzo Quinn, who recently created a monumental sculpture that points out the harsh reality with the use of beautiful aesthetics. 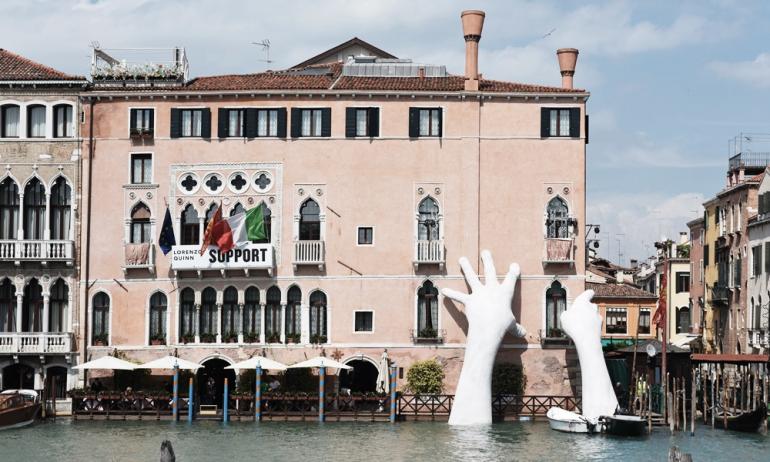 Built and erected in Venezia, Italy for theVenice Art Biennale, the evocative structure takes shape of two massive hands that are seen rising from a canal to support the Ca’ Sagredo Hotel in the city. The visual statement aims at garnering collective efforts for saving the world via sustainable development and environmental care. Considered both noble as well as alarming, the hands carry a dual connotation that reference the power of human beings “to love, hate, create and destroy” through the choices we make. Aptly christened as ‘Support’, Quinn’s creative art form was lately unveiled to coincide with the opening of the 2017 Venice Biennale- a major art show that is held in locations across the city. 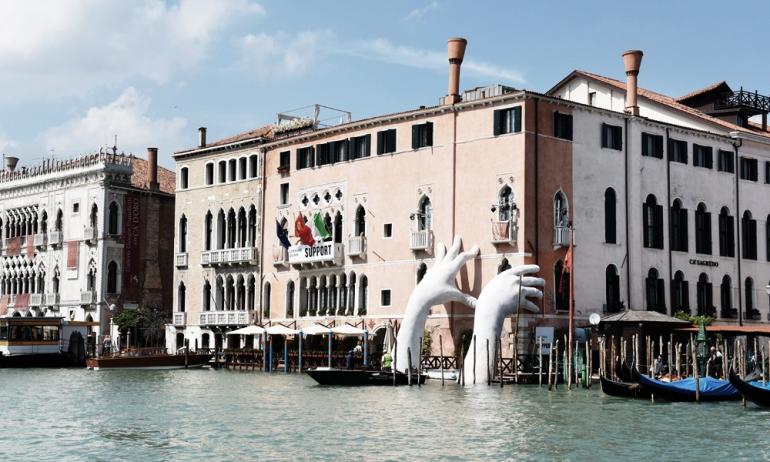 The humongous hands were first modelled on those’ s of Quinn’s son- Anthony, while the final versions that were carved out of a boat, were revealed much later. Each of these unique hands weigh more than 2,200 kilograms and are symbol of great importance. ‘Support’ will stay on display until November 26. That’s time enough for us to pick our ques, or so we hope.