Among the many events planned for the diamond jubilee celebrations of the Queen of England is an opulent show of pageantry by 1000 boats down the Thames. The event, the Thames Diamond Jubilee Pageant, is expected to attract thousands of spectators. The highlight, however, will be the Gloriana, the first royal barge constructed in 100 years. No ordinary vessel this, Gloriana is a £1 million ($1.6 million) vessel, and she will head the fleet of 1,000 boats at this event. 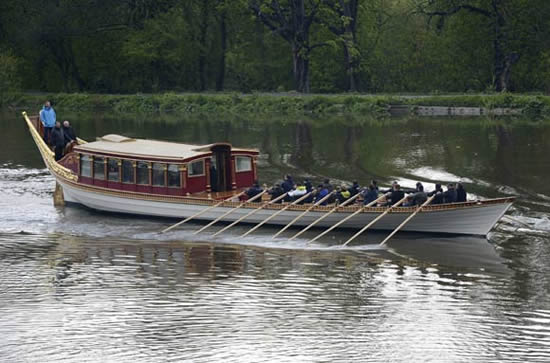 Exuding the elegance and aura of the Royal lifestyle, this vessel flaunts a number of painstaking details that evoke the history of a time when monarchs would travel by boat. Former P&O Ferries executive Lord Sterling, who is in charge of the barge project, says, “No-one has really built anything like this for 200 years.” The 88ft Royal row barge is entirely hand-built from wood taken from the sweet chestnut trees that grow on Prince Charles’ estate. It was the idea of the Prince of Wales to honor his mother with this beautiful vessel. Gloriana will be at the head of a flotilla backed up by the Queen’s vessel Spirit of Chartwell. 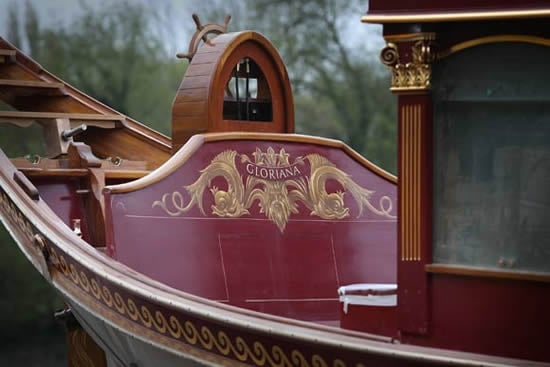 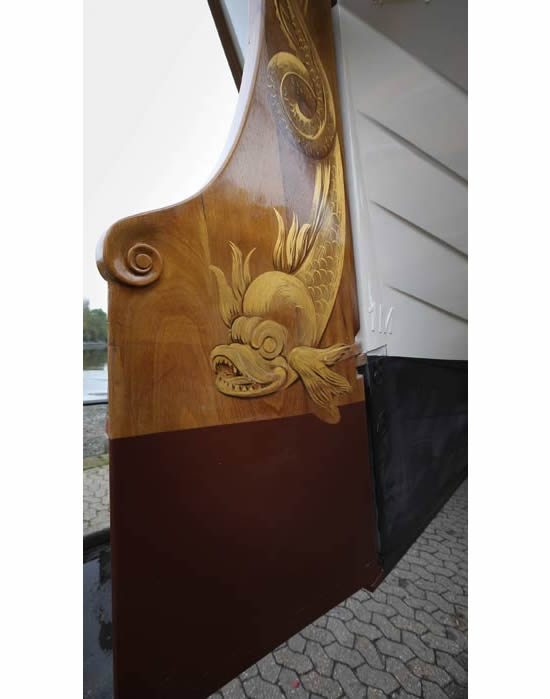