Nicknamed the City of a Hundred Spires, Prague has drawn thousands of tourists to its cobblestoned streets through the strength of its rich history, culture and of course, architecture. The city’s churches and historic squares have been influenced by Romanesque, Gothic, Renaissance and Baroque era architecture, which all contribute to the city’s undying charm. We’re deep diving into the city of Prague to discover everything it has to offer from luxury to history! 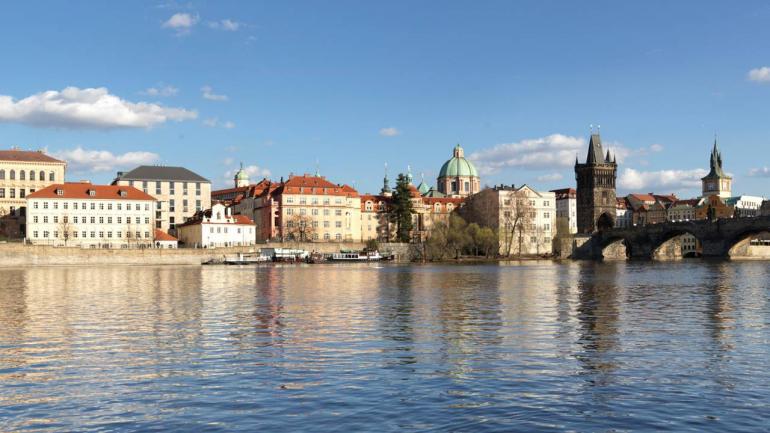 For the traditionalist- The Four Seasons:
The Four Seasons Prague is ideally situated on the banks of the river Vltava close to Old Town, one of the most visited tourist spots. It offers views of the river, of Prague Castle and also of Charles Bridge. This particular hotel includes four buildings inspired by different architectural styles and is rich with interior details too. Look out for marble floors, archways and plenty of other decorative features. 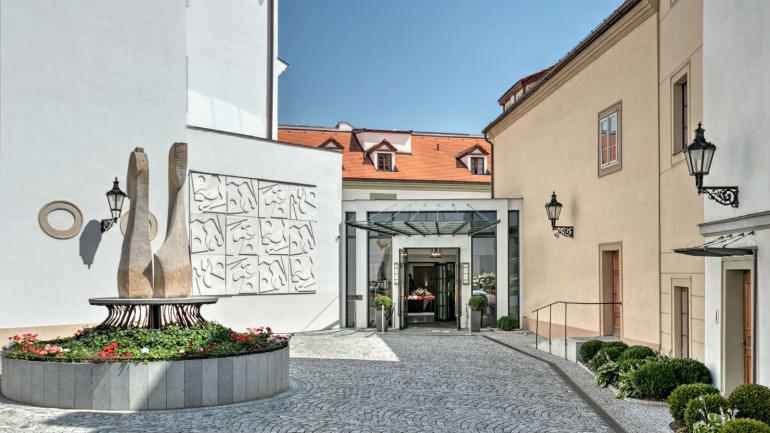 For the History Buff – The Augustine:
Once a monastery, the Augustine’s cluster of seven buildings are arranged around St. Thomas Church and monastery where monks still live. Modernism has been introduced to this historic building by Olga Polizzi who has incorporated elements of Cubism into the hotel’s interior. Regarded as one of the city’s most impressive accommodations, the Augustine also enjoys close proximity to Old Town and the river. 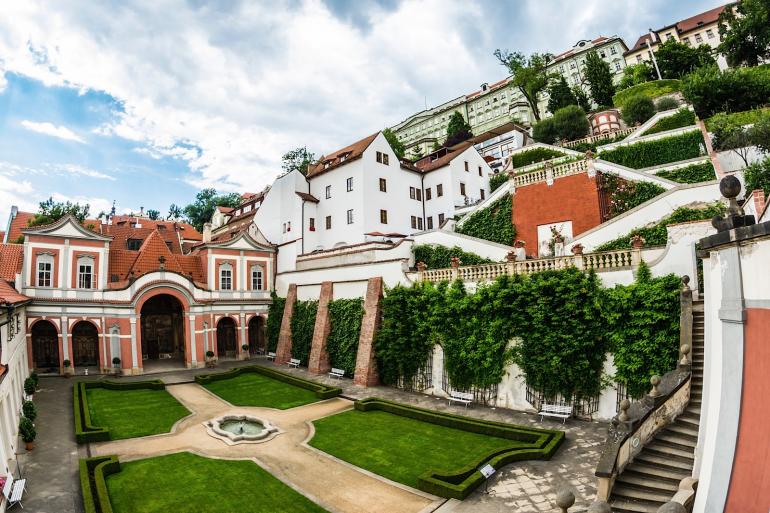 For the Low-Key traveller – The Golden Well Hotel:
Exclusivity is key at this boutique hotel which features just 17 rooms and 2 suites. The Golden Well is located beneath Prague Castle and offers views of the royal gardens. The lack of a spa may be a sacrifice for some, but the limited number of guests is all but a guarantee of personalised attention from the staff. And the priceless views from the hotel’s terrace restaurant are a worthy compromise. 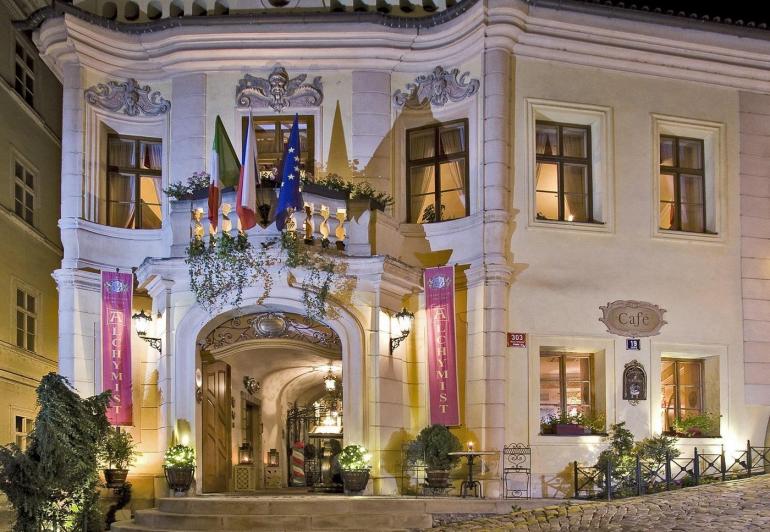 For the young rich and fabulous – The Alchymist Grand Hotel & Spa Prague:
Made up of four former-bourgeoise houses, this Old Town boutique hotel is like something plucked out of a fairytale. From the use of opulent colors like red and gold to the ornate details on the furnishings and four poster beds, this hotel is over the top in the very best way. Each room has its own unique character, which gives your stay at the Alchymist a personalised feel. 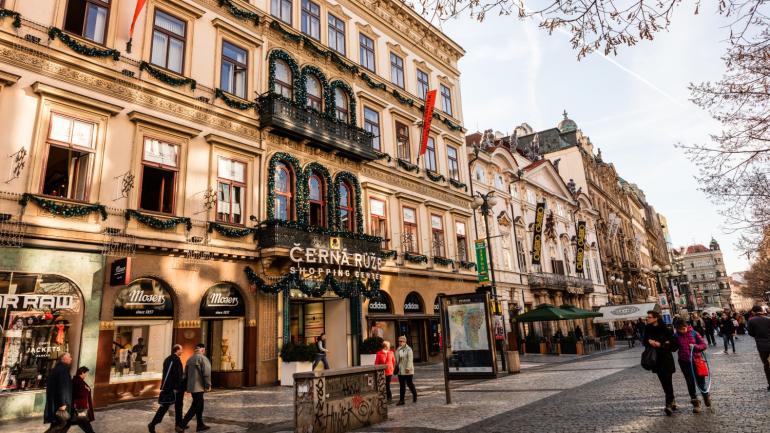 Where to shop:
While Prague has plenty of museums, theatres and cultural hotspots to entertain, the city also boasts a reputation as a shopper’s paradise. Head over to Parizska Street to discover the very best in international luxury with brands like Dior, Versace, Hermes and more. Prague is known to house the largest number of luxury brands in all of Eastern Europe.

Look out for contemporary Czech fashion at Kurator, an award winning store located near the National Theatre and the Bethlehem Square. The store is a home for stylish homegrown brands that appeal to anyone who loves clothes. Seeking sustainable fashion? Run over to Veverkova Street where Recycle With Love lures you in with a promise of vintage finds as well as of recycled and remade treasures. Sneakerheads can take home a piece of history in the form of Botas 66 shoes. The Czech sneaker company is known for their signature “Classic” sneakers which date back to 1966. They also make a neat and unexpected gift- after all Nikes and Pumas are common, but Communist era kicks are pretty rare.

Those seeking knick-knacks and souvenirs are invited to browse the streets of Old Town where you’ll find many antiques stores and gift shops carrying treasures like antique jewelry, toys, books and every other kind of keepsake you can think of. Remember to be patient and to ask your hotel concierge for their best recommendations. 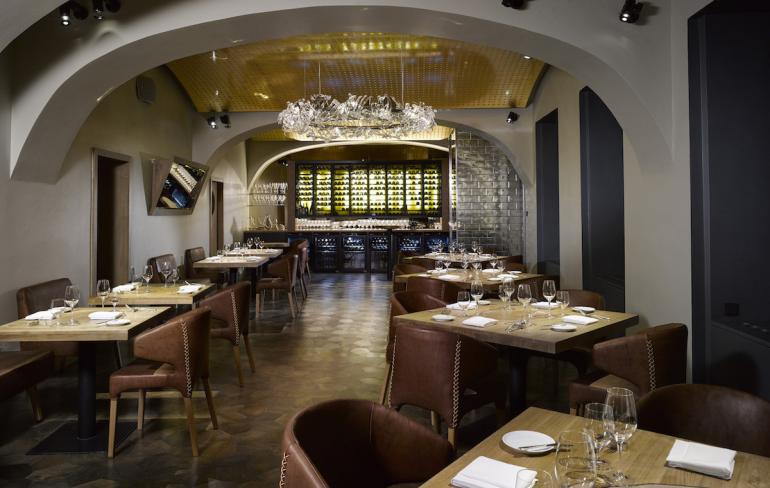 Where to Eat
Experience elevated Czech flavors at La Degustation Boheme Bourgeoise which has been touted as the city’s best fine dining restaurant. An open kitchen gives you a glimpse at what’s going on behind the scenes while the restaurant’s Michelin starred status lets you know that you’re eating world class food. It’s been reported that this restaurant derives a lot of their menu items from a Czech cookbook that dates back to 1894.

The city’s other Michelin starred restaurants are Field and Alcron. The latter amps up the exclusivity factor with only 22 seats. Alcron is less committed to local ingredients and flavors but their food is still as delicious as you could hope for. Meanwhile Field puts the emphasis on seasonal flavours and produce in an unpretentious and minimalist setting. Field is definitely the spot for anyone seeking a farm-to-table experience. Other good restaurant picks are Field and La Finestra where good vibes and good food abound. 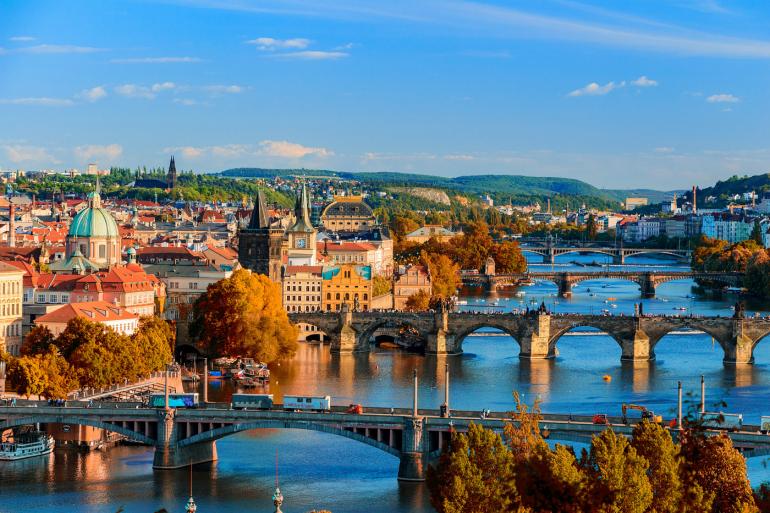 Final Thoughts
Look out for fun activities and experiences wherever you can find them. The home of writer Franz Kafka and the museum dedicated to him is certain to be a draw for some while others will find enjoyment in the original Beer Spa. Prague has always been a favourite with backpackers, but the city has its charms for luxury seekers too. Food, accommodation and spas aside, there is a sense of history, legacy and heritage in Prague that few other cities can replicate.

(Know more about the beautiful city of Prague.)

Note – This post is paid for by the Czech Tourism.

Tags from the story
Prague