Cable cars are a holiday special. And while bugging down the alpine slopes of your favorite getaway destination could well be achieved with one, the vehicle of its kind will now be used to traverse the length of two countries. Yes, that’s right. We’re referring to the Blagoveshchensk – Heihe cable Car that will run over the Amur River and will connect Russia and China under eight minutes. 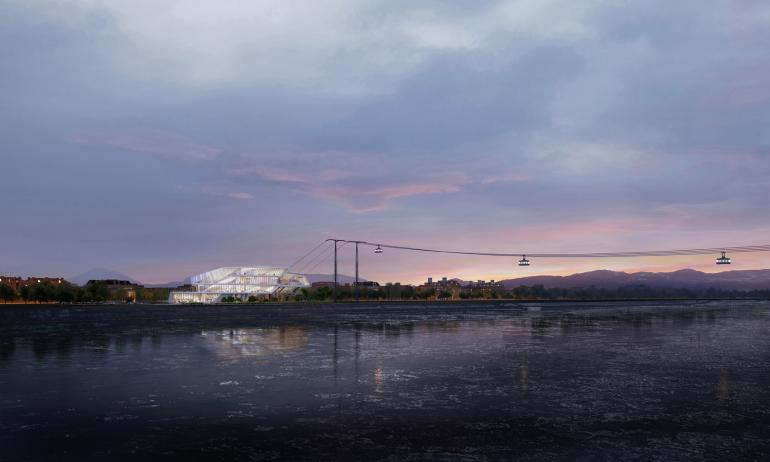 Designed as the first-ever cross-border cable car, the vehicle will feature four 60-person capacity cabins which will operate on two international lines connecting the two cities of Blagoveshchensk and Heihe. As anticipated, travelers will be able to make the journey within seven and a half minutes, with the actual cable car taking three and a half minutes to travel between the stations. While UNStudio has designed the station in the city of Blagoveshchensk, on the Russian side of the border, the one in Heihe is being constructed by an anonymous Chinese firm.

Designed “as a beacon for a joint prosperous future between the two nations”, the cable car marks a futuristic association in the world of travel and transportation. Commenting on the project, Ben van Berkel, founder of UNStudio in a statement said, “As it crosses the natural border of the Amur River, the Blagoveshchensk – Heihe cable car will be the first-ever cable car system to join two countries and cultures.” Well, we can’t wait for more of such cable cars to grace locations across the rest of the world!

Tags from the story
China, Russia