Icelandair launched their Aurora Borealis themed plane called the Hekla Aurora. The name came about as Hekla is a traditional Icelandic girl’s name and the name of one of the volcanoes in Iceland and Aurora refers to the stunning Northern Lights that brighten up the skies. 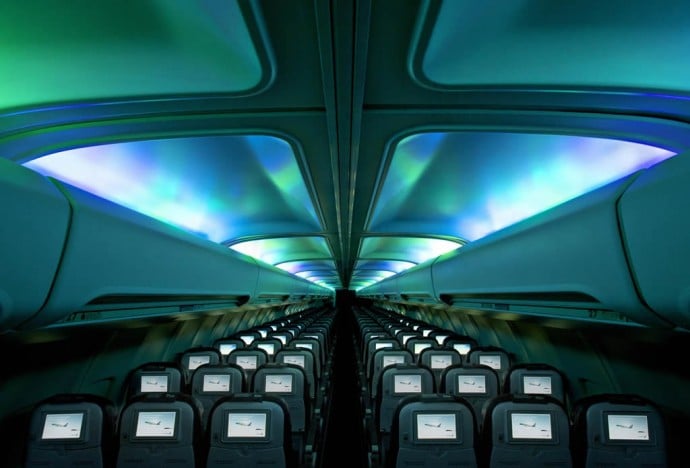 The Hekla Aurora, a Boeing 757 is part of Iceland’s transatlantic fleet. They provide passengers an experience of the Aurora Borealis while on board with their interior LED mood lighting system, and soft Icelandic music as the soundtrack. The exterior of this plane is also painted in the colours of the northern lights to complete the look. The on board light show is the perfect beginning to any transatlantic flight by showcasing the natural beauty of Iceland’s famous Northern Lights.

The launch of Hekla Aurora is part of Icelandair’s MyStopover campaign, which ended at the capital city of Rejyavik as he plane flew over the illuminated Hallgrimskirkja church. The plane landed at Rejyavik’s domestic airport amidst great fanfare. The plane was open to public to enable them to experience the lights. 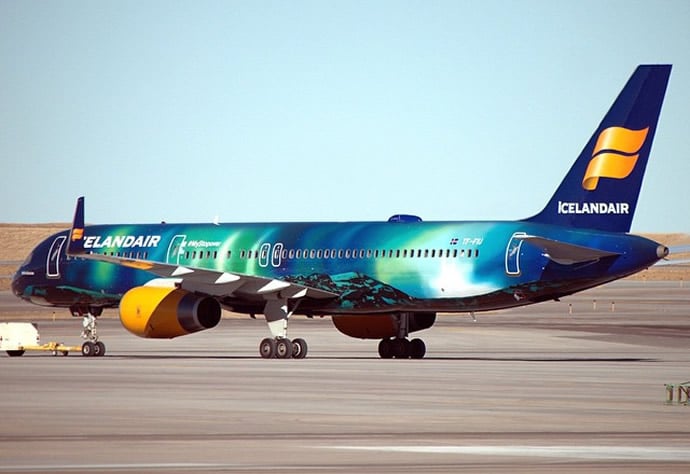 This celebration flight took off from London Heathrow and landed in Rejyavik airport to enjoy an Icelandair Stopover before passengers fly onwards to their transatlantic destination. This stopover programme allows passengers to stopover at Iceland for up to seven nights at no additional airfare.

Its time to pack your bags and head northwards towards the Arctic Circle.

Tags from the story
Aircraft, Northern-Lights